Patterson was invited to the White House along with some 15 other Southern California representatives who oppose SB 54. On April 3, San Juan Capistrano City Council passed a resolution condemning SB 54, 4-1, as a state law that “severely inhibits” law enforcement and brings a “threat” to public safety. SB 54 has been in effect since Jan. 1 and essentially gives state and local law enforcement agencies discretion in whether to use money or personnel to investigate, interrogate, detain or arrest persons for immigrant enforcement purposes. 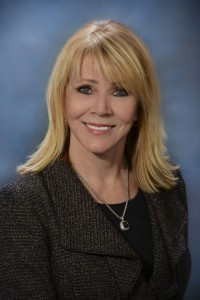 “(SB 54) cripples our law enforcement and creates a threat to public safety,” Patterson said at the April 3 meeting.

At the roundtable meeting with Trump, nearby leaders in addition to Patterson included Laguna Niguel Mayor Elaine Gennaway, Orange County Supervisor Michelle Steele and San Diego County Supervisor Kristin Gasper, who is also running in San Juan’s 49th congressional race. Representatives had an opportunity to speak with Trump about their stance on SB 54. San Juan Capistrano City Council’s resolution was symbolic in condemning SB 54, but other government entities that oppose the bill, including the OC Board of Supervisors, voted to join the lawsuit filed by U.S. Attorney General Jeff Sessions last month against SB 54, arguing that California has “no authority to enforce laws that obstruct or otherwise conflict with, or discriminate against, federal immigration enforcement efforts,” the lawsuit from Sessions reads.

Patterson was on the Community Engagement Panel (CEP) from 2015-2017, which is a panel of local leaders, nuclear experts, entities adjacent or near the power plant that was formed in an effort to educate people about the decommissioning of San Onofre Nuclear Generating Station (SONGS); it is not a policy-making body. Patterson cited concerns of the openness of the Mexico-California border and its proximity (of about 70 miles) to the decommissioned power plant.

“…(B)ack in 2001, they were testifying before Congress that the terrorists were saying ‘target the power plants,'” Patterson said to Trump at the May 16 meeting. “So, the fact that we have this unsecured border is putting us at great risk because we know that terrorists are coming in.”

Patterson also said to Trump that SONGS has “no” security and is a Fukushima “waiting to happen.”

“It doesn’t sound too good,” Trump said after saying that he would look into it.

To watch the video of the round-table discussion, go to www.c-span.org.

Farias added that he thinks someone at the White House was incorrect in naming the resolution passed on April 3 as Patterson’s, because although Patterson brought the issue forth to the Council, it was Councilmember Derek Reeve who amended the resolution as the one that passed, whereas Patterson’s, as was, failed.

Farias, who is now on the CEP, also criticized Patterson’s statement to Trump that SONGS is the most unsecured power plant in the nation, saying it was factually incorrect. He also criticized her for characterizing immigrants as terrorists.

“I’m guessing she meant immigrants coming through the southern border; they both (Trump and Patterson) characterized them as being terrorists–which is untrue,” Farias said, noting that more than 5,000 San Juan Capistrano residents are non-U.S. citizens.

“Also, as a representative on the (CEP), I have to object to her characterization of the security of San Onofre,” Farias said, adding that he believes highlighting SONGS as unsecured to the nation makes the location inherently more at risk. “I think at that moment, (Trump) cut the conversation.”

In regard to SB 54, Farias said, “I think it’s a divisive topic. I think people, regardless of their legal status, are invested in the community they live in; I think that we shouldn’t ignore them or consider them foreign. We should consider them as a part of their community.”

Pam Patterson was not immediately available for comment after the White House meeting.