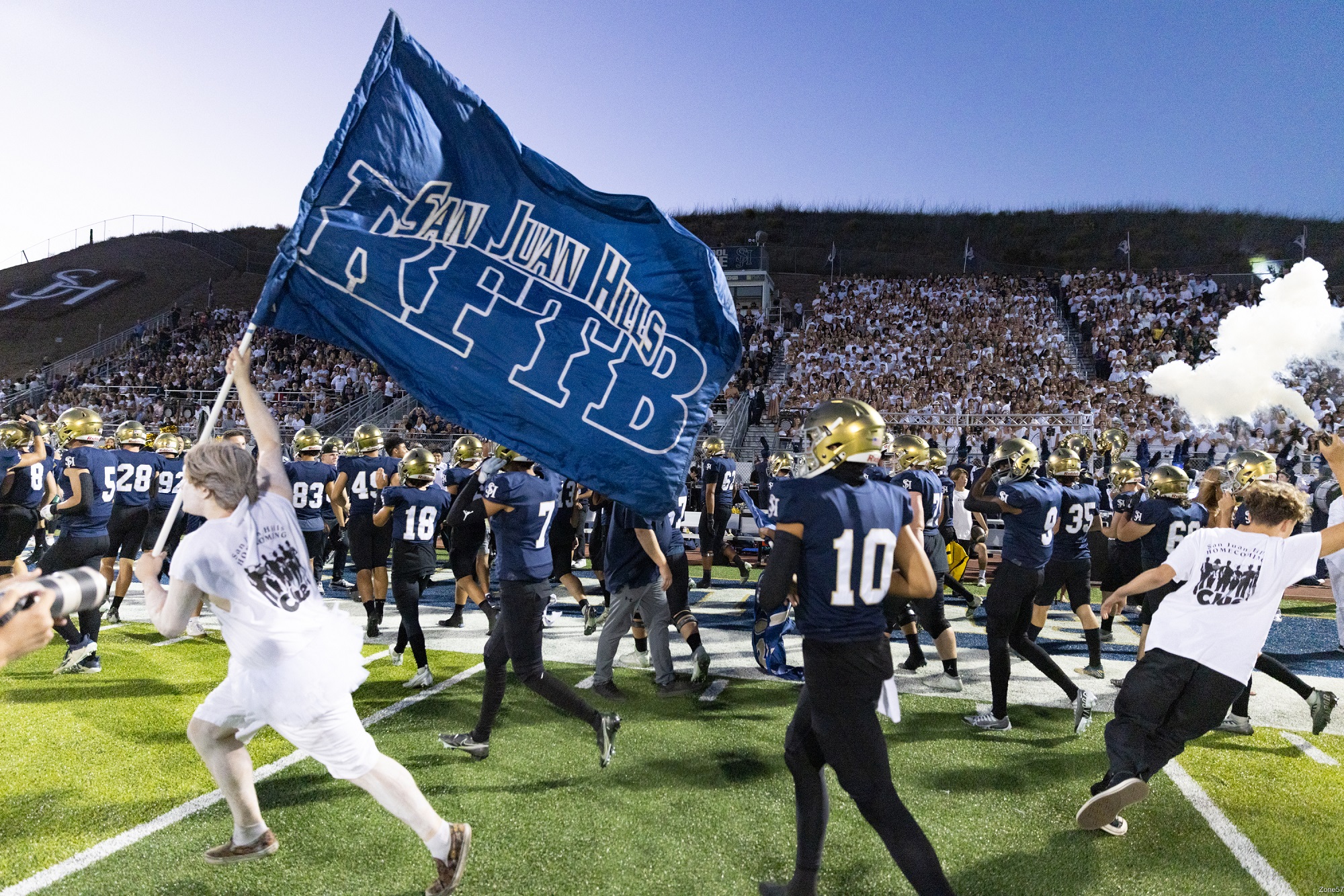 As the calendar turns to the final week of the high school football regular season, every single San Juan Capistrano team entered its Week 10 game with playoff or league championship implications at play.

In this new era of the CalPreps rating algorithm determining the CIF-SS playoff divisions at the end of the season, automatic league playoff berths have become paramount. The at-large selection process has become an increasingly risky proposition, especially for teams with sub-.500 records.

CIF-SS playoff divisions and brackets will be revealed on Sunday, Oct. 30.

Let’s check in with each San Juan Capistrano team in decreasing order of its projected playoff division:

It’s probably best to start with JSerra, as it has the most possibilities around its situation.

If JSerra wins against Orange Lutheran on Friday, Oct. 28, at Orange Coast College, there will be a three-way tie for the final automatic playoff berth from the Trinity League. Paired with Santa Margarita likely losing to second-place and nationally ranked St. John Bosco, JSerra, Orange Lutheran and Santa Margarita would be tied for third place at 2-3 in league play. The tiebreaking procedure would be an envelope draw.

In this scenario, the actual league seeding won’t mean much, as all three teams would make the playoffs in either Division 1 or Division 2. Whichever two teams don’t earn the automatic bid would still be easy locks for at-large selection.

However, if JSerra loses to Orange Lutheran, things instantly become more interesting and more dicey for the Lions.

A loss would drop JSerra to a sub-.500 record at 4-6 and would leave its fate entirely up to CIF-SS.

There has been debate all season as to what the size of the Division 1 playoff field will be, due to how top-heavy it is with Mater Dei and St. John Bosco crushing all comers. There was early talk of four or six teams for the Division 1 bracket, but in the final weeks, it seems set for either eight teams or 12 teams.

If it is an eight-team Division 1 bracket, JSerra, currently ranked No. 11, would drop into the Division 2 grouping, where there are possibly five at-large applicants for four at-large spots. Applicants with winning records are given priority over those with losing records, and if the Lions fall to the Lancers, JSerra would have the only losing record among those five teams, which could leave the Lions out in the cold.

If it is a 12-team Division 1 bracket, JSerra would likely be safe, either by being pulled into that Division 1 grouping or being selected as an at-large in Division 2. Although, that Division 2 selection would be predicated on JSerra falling below the top seed of Division 2 (No. 13) in the rankings, because CIF-SS rules stipulate that divisions cannot start with an at-large team.

While it has already climbed back from an 0-7 start to clinch a share of the Sea View League championship, San Juan Hills has not officially punched its ticket to the CIF-SS playoffs.

For the Stallions, things are pretty simple. A win over Aliso Niguel on Friday gives them the league title outright, and they’ll go into the CIF-SS playoffs in probably Division 5 or 6.

A loss would complicate things for San Juan Hills. If Aliso Niguel wins and Trabuco Hills wins over El Toro, as expected, there would be a three-way tie for the league championship, and based on the tie-breaking coin flips for seeding, San Juan Hills would be in third place and out of the automatic playoff berths. At 2-8, the Stallions would be extremely unlikely to earn an at-large selection.

If El Toro upsets Trabuco Hills, San Juan Hills will safely make the CIF-SS playoffs, but it would probably be best for the Stallions to take care of business themselves over Aliso Niguel.

Last season, Capistrano Valley Christian dealt with the rough end of this new CIF-SS system. Despite an 8-2 record, the Eagles did not make the CIF-SS playoffs, as CVC played as a freelance team without a league and was squeezed out of an at-large selection in high-density division.

This season, Capistrano Valley Christian will have no such troubles coming out of the newly formed Mesquite League.

The Eagles have already clinched a playoff berth and a share of the league title, but they can lock down the outright championship with a win over Arrowhead Christian on Friday at Aliso Niguel High School.

Capistrano Valley Christian will likely slot into Division 11 or 12 when the brackets are released on Sunday.

After an 0-6 start, St. Margaret’s clawed all the way back for a do-or-die opportunity tonight, Thursday, Oct. 27.

The Tartans squared off with Calvary Chapel at Segerstrom High School in a de facto playoff game for third place in the Orange Coast League and the league’s final automatic playoff berth.

Readers can find coverage of this game at thecapistranodispatch.com or on the South OC Sports social media feeds.

Both St. Margaret’s and Calvary Chapel found themselves in the same situation entering Thursday night’s game. With a win, they would clinch a playoff spot. With a loss, they would finish without an automatic spot and with a losing record, unlikely to earn an at-large bid.

If St. Margaret’s got the win, the Tartans would likely qualify into Division 12.