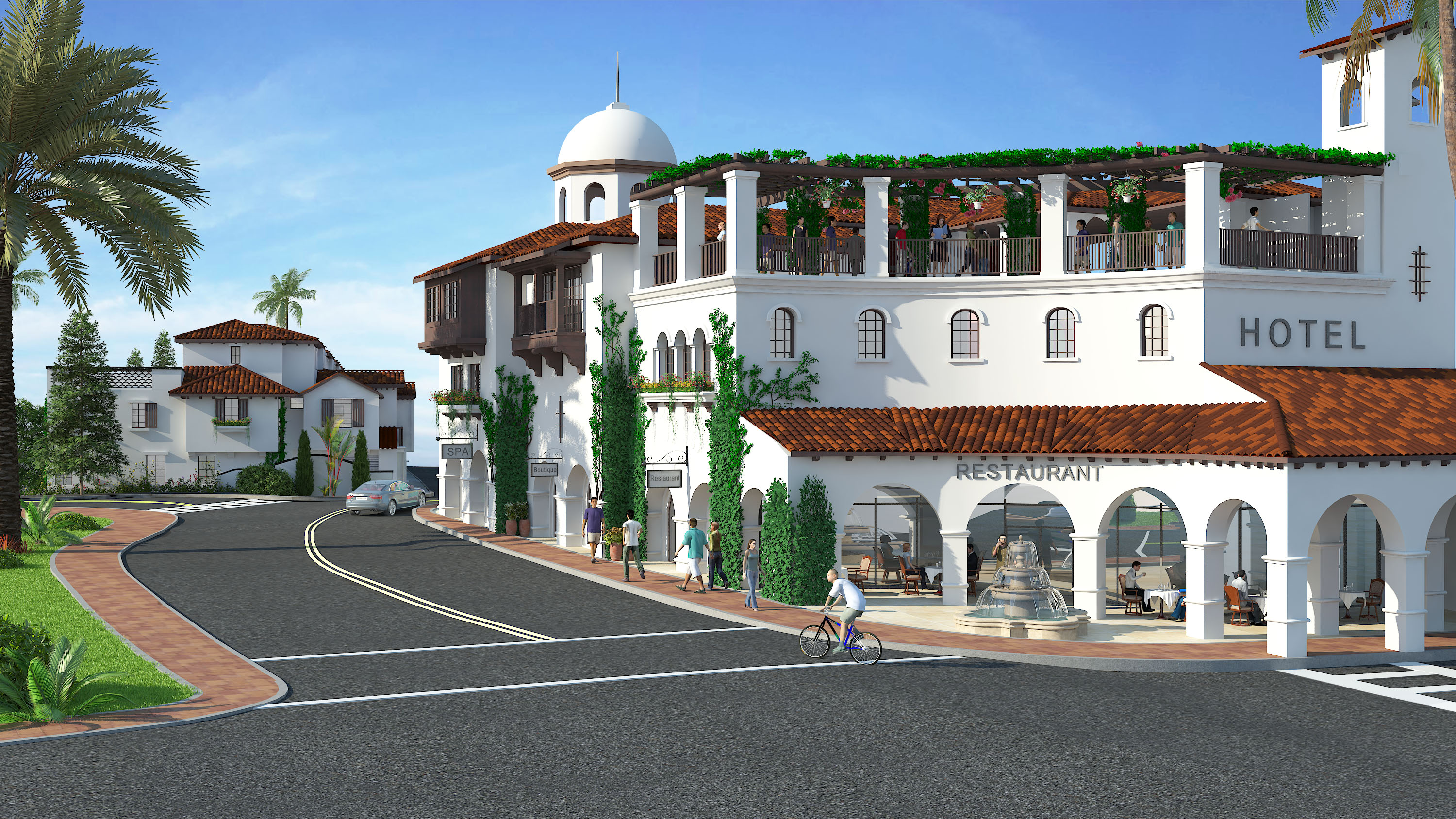 The 136-room hotel project, which also includes 33 townhomes, moves on to be considered by the City Council

A proposal to build a boutique hotel and townhomes in the heart of downtown San Juan Capistrano received Planning Commission approval Tuesday night and will now be considered by the City Council.

The project calls for a three-story, 136-room hotel, 33 townhomes and 2,700 square feet of commercial space on 3.17 acres, located at 31878 Camino Capistrano, as well as plans to extend Forster Street all the way through to Del Obispo Street. The hotel portion of the project would also include a two-level subterranean parking garage with 139 spaces.

City officials, business leaders and residents have long expressed their desire to add a hotel to downtown’s portfolio, and Urban Village’s project would be built on one of the last viable spots in the area. In 2012, the city adopted its Historic Town Center Master Plan, which included an approved plan to build the Plaza Banderas hotel, across from the Mission. However, after struggling for five years to find a willing hotel developer, landowner Gretchen Stroscher Thomson abandoned that plan last November in favor of building a retail center, which has stirred debate in town in recent months.

The hotel project, too, has been heavily scrutinized.

During a joint workshop in March, city councilmembers and commissioners said the hotel was positioned too closely to the Egan House. In April, Joshua Host, principal of Urban Village, presented revised plans to the commission that scaled back the hotel. But the commission postponed their decision and continued their meeting to give city staff more time to ensure the hotel would be built before or at the same time as the townhomes.

After the meeting, Host and the city’s attorneys crafted a recorded covenant, which requires Host to make progress toward financing and building the hotel before being able to pull building permits for the townhomes.

Further, last week, Host announced he had received a commitment from Hilton Worldwide to operate a full-service, four-star hotel and that he had signed a contract with a Hilton-recommended developer, David Wood.

Wood spoke to the commission Tuesday and said that while Hilton typically preferred hotel projects with at least 200 rooms, they were willing to move forward with Host’s plans.

“Hilton has been looking for a property like this for two and a half years,” Wood said. “Another thing Hilton liked was the residential component … it adds vitality to the project.”

Wood also said that Hilton would not seek any changes to the exterior of the hotel and that he would be focused on its interior design.

“We can only touch the program internally,” Wood said. “Hilton knows we’re not touching the envelope.”

Cohen and Nunn, as well as Commissioner Tim Neely, expressed concern about a row of townhomes that would run along Historic Town Center Park. In May, the city’s Parks, Recreation and Senior Services Commission also disapproved the close proximity of residential private space to public park space. City staff had noted the importance of events at the park, including the city’s annual Christmas Tree Lighting Ceremony and Summer Nites Concert Series. Host presented a plan that would inform prospective residents of activities at the park but also indemnify the city in case of future litigation.

The commission’s discussion of the project Tuesday lasted more than three hours, including over 30 speakers from the public.

“They have designed a project that’s good for San Juan Capistrano. It’ll be a good tax base for us,” said resident Ted Roberts. “This is something we need. We need a class hotel in downtown.”

Downtown business leaders and owners said the hotel and residences would be in line with one of the master plan’s goals to create an “18-hour” downtown and keep patrons in the city.

Opponents of the project said the townhomes would threaten the future of the park, which had become a viable event space.

Many of those who spoke against the project also drew from their professional backgrounds in architecture, development and real estate and said that Urban Village’s design and ability to finance the project needed to be further reviewed. They asked the commission to not approve the project out of desperation to build a hotel.

“These people do not like the project. They’re real estate professional. I think someone has to listen to them,” said former councilman Tom Hribar, owner of a real estate business. “We need to send the developer back to the drawing board, make some changes and then come back.”

Among those who spoke in support also included resident and movie producer Steve Oedekerk, who owns the land the project will be built on. Oedekerk, who has been allowing the city to use his land as public parking at no charge, said financial security, as well as problems caused by homelessness and drug use in the park, may force him to privatize the lot, blocking any future development.

“If the development does not move forward, it’s important to me that everyone knows up front there will not be another round. I won’t work with a new developer. I won’t be selling the property,” said Oedekerk. “It’s extremely important to note that without the development, the lot will have to go private … The park and the plaza, collectively, have too many dark corners. This development keeps these elements out in a single swipe.”

The commission cast several votes for different elements of the project, including a 4-1 denial of a request to reduce the amount of required hotel parking from 1 to 0.8 spaces per guest room. Host has argued that the reduction was the same as the one granted to the Plaza Banderas project. City staff said the reduction would have still provided adequate parking and that a parking management plan—including valet and shuttle service for events—would be developed.

In two separate votes, the commission voted 4-1 to amend setback requirements in the master plan and a tentative tract map, architectural control, conditional use permit, grading modifications and a tree removal plan. In protest of the townhomes, Cohen abstained from a 3-1 vote that approve a reduction in the average rear yard setback for residences.