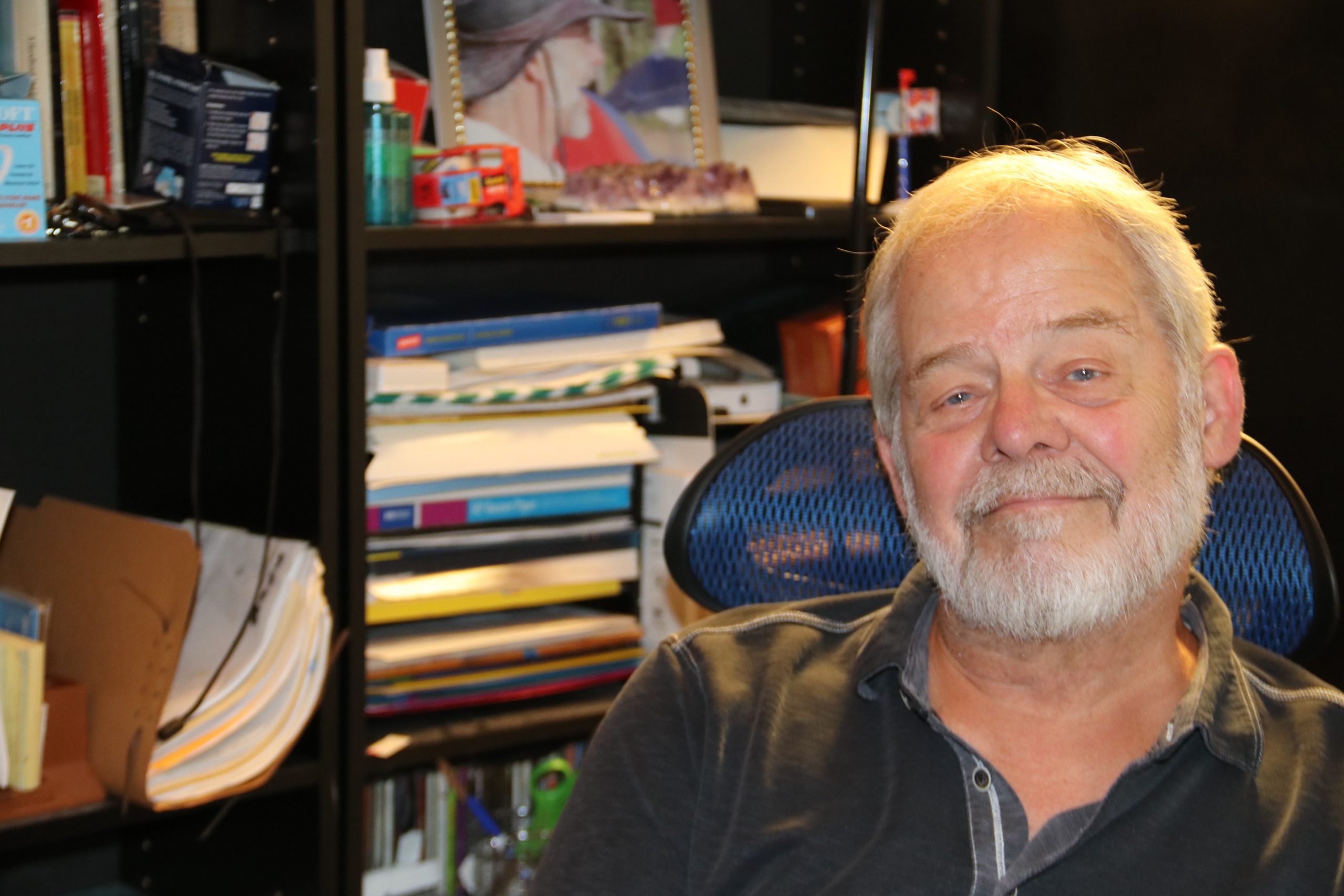 A scam call ended up working out in Joseph Hullett’s favor.

Hullett, who lives and works in San Juan Capistrano, recently won the second-place prize in the Beverly Hills Theatre Guild Julie Harris Award for his play Wreck of Ages, which he said is about an unprivileged Generation Z girl pulling a “granddaughter in jeopardy” phone scam on an elderly male who is a disabled but wily ex-New York Police Department captain.

“When I got the news (about the award), I was elated,” Hullett said. “I actually started screaming. My wife jumped out of the bathtub. She thought I hurt myself. It was very exciting. I went through the house, yelling.”

Hullett tapped into the adage of “write what you know” since the play’s scenario happened to him.

“I got a telephone call, and the telephone call was a girl crying, and she was saying, ‘Daddy, daddy, I’m in trouble. They’ve arrested me,’ and things like that,” Hullett said. “I was almost positive it wasn’t my daughter, but it sounded like my daughter. Many, many years ago, I had arranged for a code word for my daughter, so she would know if someone said, ‘Your dad wants to see you,’ she would know what to say.”

The person on the other line didn’t know the code word.

Hullett had also heard of similar scams and, from there, the idea for the play began forming in his head. He worked on it for about three years.

“In particular, what I’m trying to do with this play is sort of having confrontations between old and young. You have age coming together,” Hullett said. “You also have White and Black coming together. The old man is White. The girl is Black. You also have the idea of he’s a former NYPD cop, so you have the police versus non-police.”

Hullett—who works as a psychiatrist in his day job—is no stranger to dramatic awards or writing. He won first place in the same competition back in 1993 for a work called The Pledge, which was his first play.

“The award was actually started by Neil Simon a long time ago in 1977. It was renamed for Julie Harris in 1983,” Hullett said. “It’s been around for a long, long time. It gets a lot of entries and interest, because the prize is large.”

He also writes short stories and novels and got into penning plays when told his stories read like stage performances.

“I like dialogue. Partly, I look at it as a psychiatrist. I learn things about people by hearing them talk,” Hullett said. “They tell me stories, and I have to interpret what those stories mean. That idea of hearing people talk in a story or play or book is important to me.”

Hullett has written 10 full-length plays since The Pledge.

“Most of them have won some kind of award. They’ve been produced somewhere. They’ve been read and stuff like that,” Hullett said. “They’ve gotten some attention. I’m certainly not Neil Simon or David Mamet or anyone like that.”

A number of his plays, but not all, have been performed on stage.

“There’s a theater here in Orange County called the Chance Theater. It’s in Anaheim. There were three of my plays that were done there,” Hullett said. “I like to make a joke. One of my plays had a stage reading at one of the two places in the world where silence is rigidly enforced: the main branch of the New York Public Library.”

Wreck of Ages is currently not being performed on stage, but Hullett hopes it eventually will be.

In the meantime, Hullett remains focused on his creative instincts.

“I continue to write all the time. I started a long time ago. My long-term goal was to be a writer of some kind,” he said. “Right now, my goal is to continue to work with the plays that I have—this one, especially—to try to get this to a theater, let people know it did win the award. It will probably get a little more attention that way.”

Hullett is also working on a novel inspired by detective stories. The plot centers around an old tough guy dealing with the twilight of his life.

“The title of the book is Remainder Man. There’s a remainder that we all have to continue to work with as we get older,” he said. “This detective, in his old age, gets involved in this very, very difficult case. That particular novel is focusing on how we deal with age.”