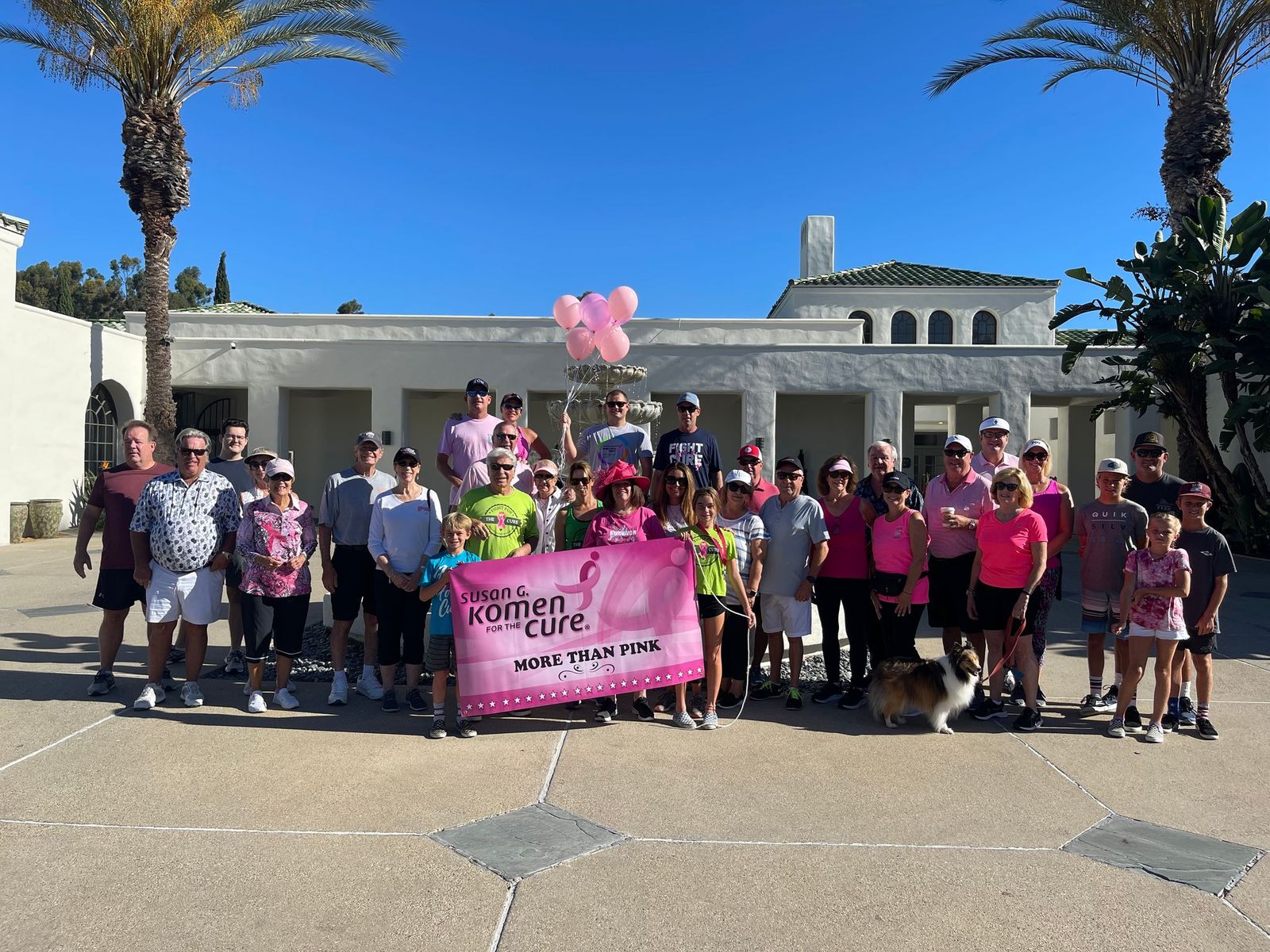 For the second year in a row, Ginger Modiri hosted a cancer awareness walk at Marbella Country Club.

Modiri usually participates in walks in Newport Beach, coinciding with national Susan G. Komen organization events. However, last year, she decided to stick closer to home due to the COVID-19 pandemic—a change that continued this year on Sunday, Sept. 12.

Modiri attributes the growth to her friends and word-of-mouth. The event raised more than $7,000.

The local event can be considered a preamble of sorts for “MORE THAN PINK Walk” fundraising events scheduled in Orange County, Los Angeles and the Inland Empire on Saturday, Sept. 25. Susan G. Komen is encouraging people to participate digitally this year. Participants are welcome to donate while doing their own walk in the neighborhood or from a treadmill.

Modiri herself is a nine-year survivor of breast cancer. She was diagnosed in 2012, and had participated in awareness walks long before then, since she knew others who had been affected. A close friend of hers died from breast cancer.

Modiri’s cancer was detected early, and she was able to fight it off without having to go through chemotherapy or other debilitating treatments.

She attributes the early detection to a mammogram, which she encourages other women to get.

Modiri’s family members have been active participants in the walks, including her grandchildren, who have been raised with the events.

“These kids are learning from the ground up about diseases and how to cope with them,” Modiri said.