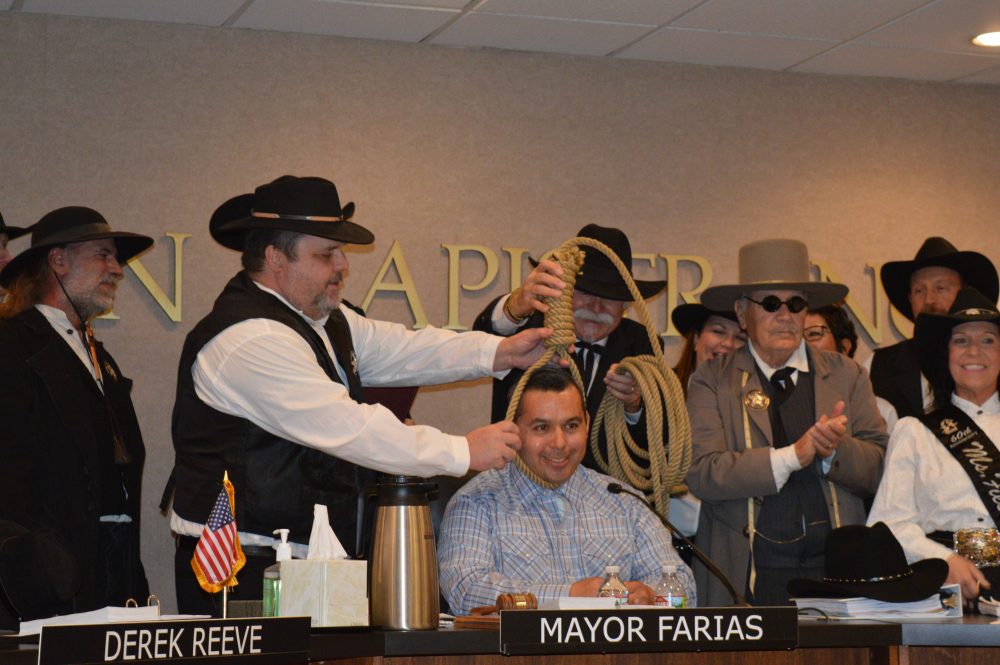 As Mayor Sergio Farias was ‘hung’ by the Fiesta Association at the San Juan Capistrano City Council meeting on Feb. 6, council approved the parade permit and street closures for the Fiesta de las Golondrinas celebration and the 60th Annual Swallows Day Parade and Mercado Street Faire.

“I urge all residents and visitors to join in celebrating the return of the swallows to the city of San Juan Capistrano,” Farias said, with a noose around his neck and some 20 Fiesta Association members surrounding him.

The approvals, waiver of a rental fee and memorandum of understanding that recognizes the Fiesta Association is the lead agency in the planning of events, was approved 4-1 with Councilman Derek Reeve opposed.

Reeve noted his vote was primarily due to a concern with allowing the Fiesta Association to fire blank firearms in the parade and not on Hoos’Gow Day. City Manager Ben Siegel said the issue of firearms has been discussed with law enforcement.

“I find this whole thing ridiculous with respect to the firearms,” Reeve said. “I feel rather strongly about it, I know we have progressed to this direction over the past couple of years and I feel it’s just gone too far.”