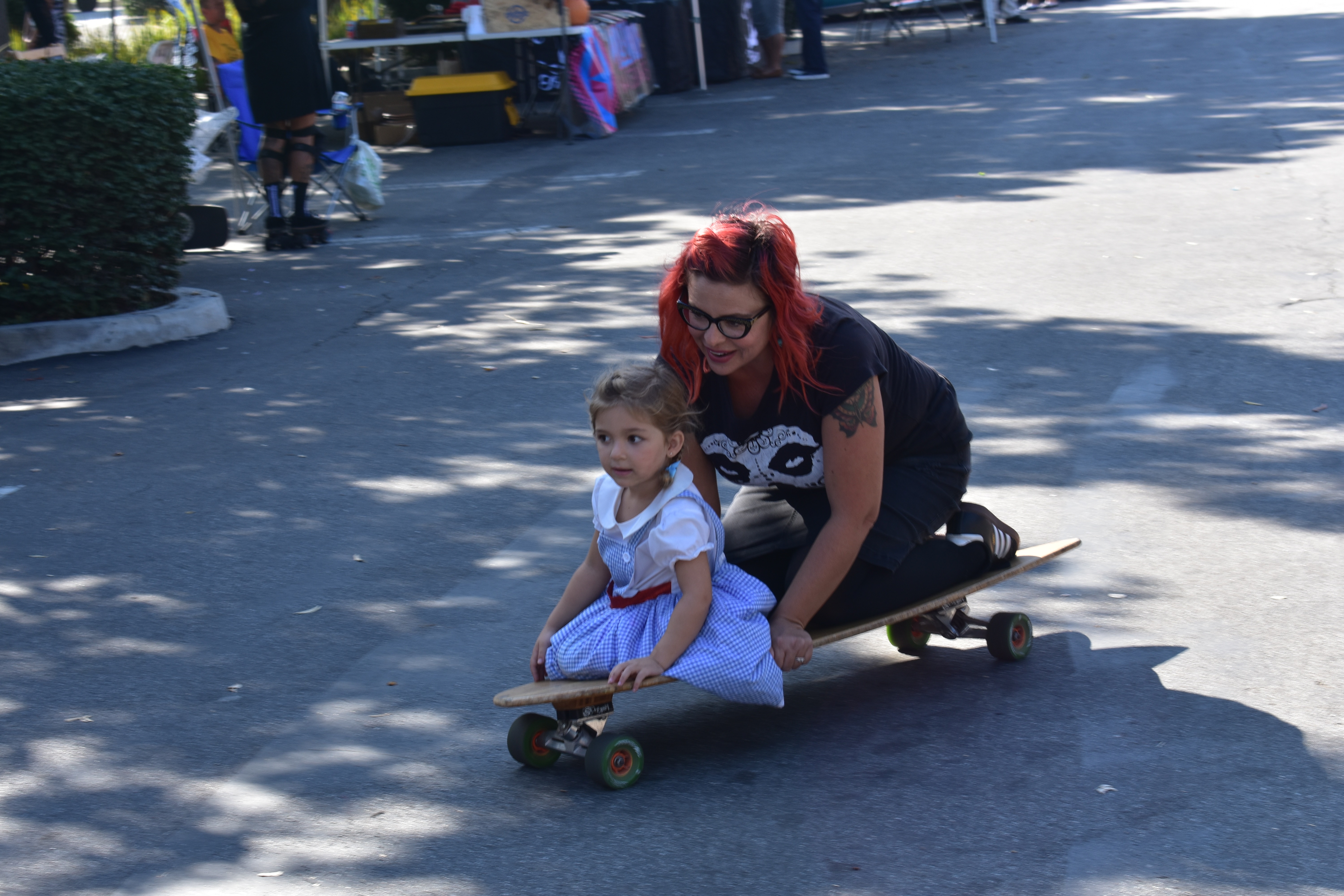 The San Juan Capistrano Skate Park Coalition held its first-ever Halloween Skate Jam on Oct. 27 as part of its broader mission to raise funds for a city-approved skate park.

Dozens of youngsters, many of them clad in costumes, spent the day at the San Juan Capistrano Community Center skating on a variety of ramps that were set up just for the day.

Raffles were held throughout the day, and kids could win such prizes as a pair of Stance brand socks.

As their young kids and teens enjoyed a day of skateboarding, parents were able to peruse a small-scale classic car show that had been set up nearby.

The Halloween-themed event is one of several ways the Skate Park Coalition has been seeking to raise funds for a skate park, which would be located within the San Juan Capistrano Sports Park.

The city council approved the conceptual design for the skate park in March 2017, but the project’s $2 million price tag has made it difficult for the city to find funding sources for it.

Skate Park Coalition President Peter Carey, in an earlier interview with The Dispatch, said he hopes that if the coalition raises $1 million, the city will be able to meet them halfway.