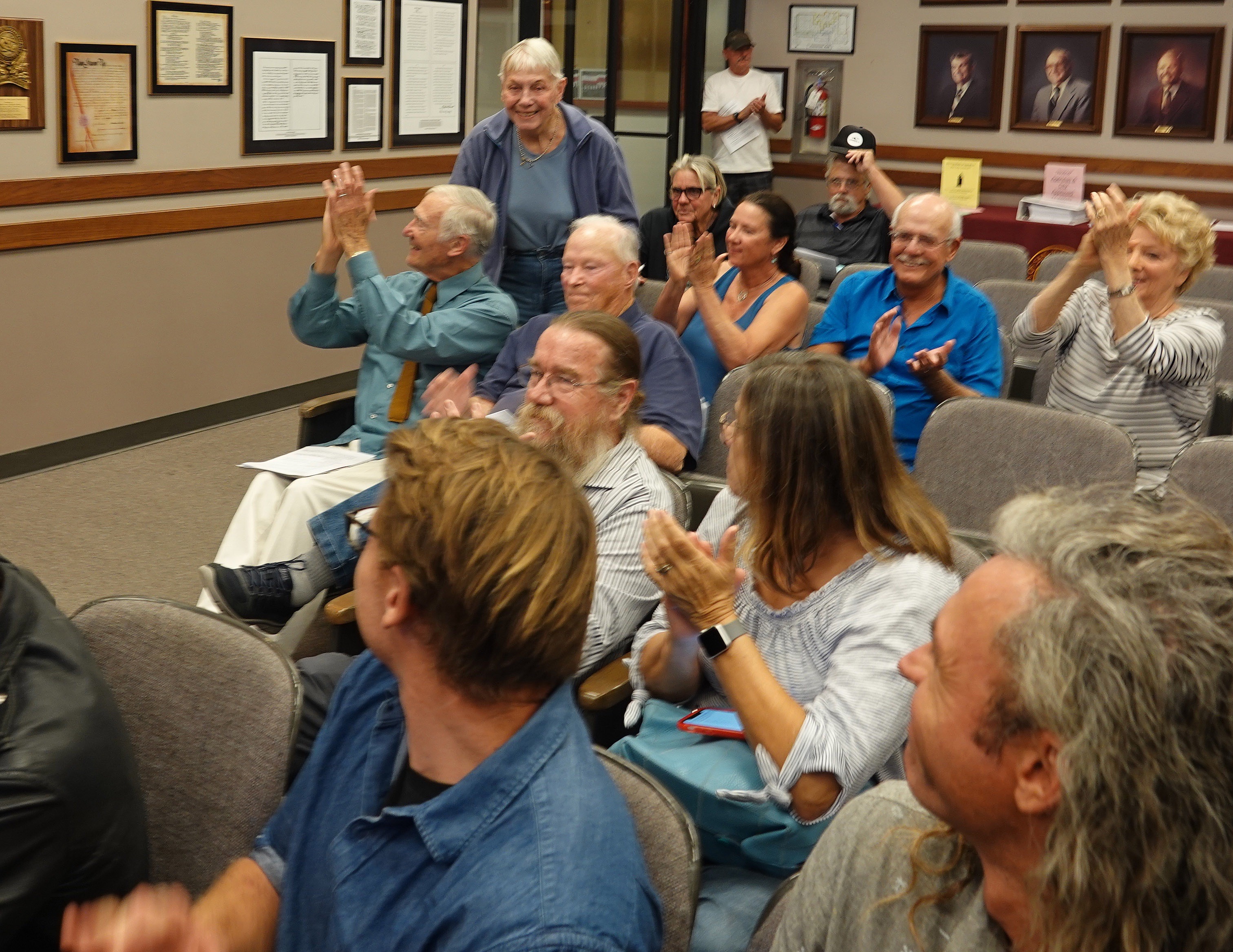 A public hiking trail along the east side of San Juan Capistrano is being named for longtime residents Ilse and Roy Byrnes.

Ilse Byrnes is a pioneer of the city’s trail system and the prime mover to achieve national recognition for San Juan Capistrano’s historic landmarks. Her late husband, Dr. Roy Byrnes, is a former city mayor who served during two distinct periods of his life.

The city council unanimously approved the naming of Prima Deshecha Trail in honor of Ilse and Roy Byrnes.

“Very few people, very few couples, have done so much for one city,” Mayor Brian Maryott said as he asked Ilse Byrnes to stand and be recognized at the council’s Oct. 15 meeting.

“We are grateful,” the mayor said. “Thank you, Ilse. We are honored.”

The audience applauded Byrnes’ contributions to the city.

The trail selected runs about a mile and a half “from its convergence with the Las Ramblas Trail to the split into the Whispering Hills and Juliana Farms Trails,” a city staff report said. “This trail tracks adjacent to the Prima Deshecha Landfill on the east side of town.”

The city will spend $3,500 to create and install two signs naming the trail at its entrances. Funds will come from the city’s trail improvements fund.