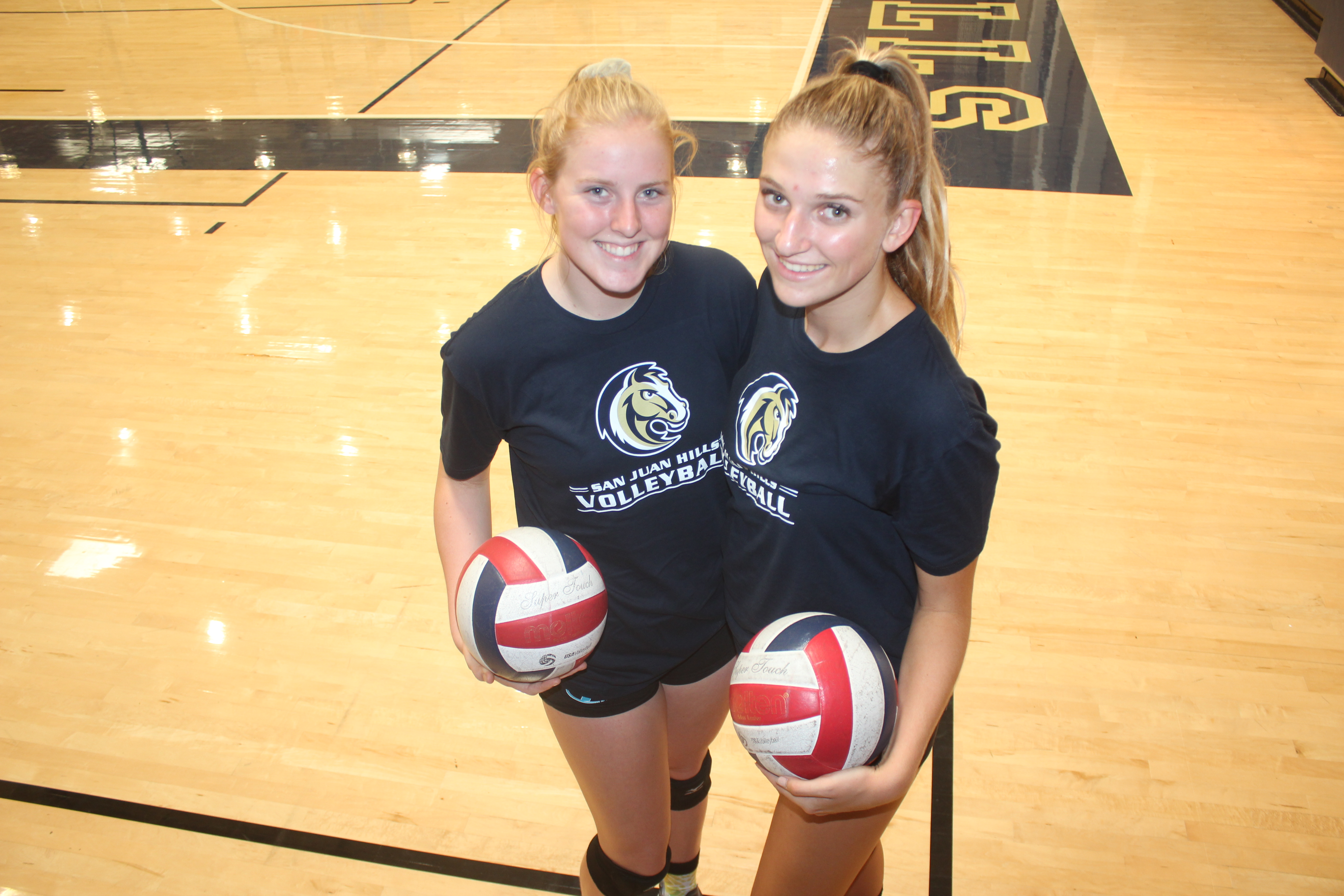 The 2017 high school fall sports season is underway. In our annual preview, we get you caught up with several San Juan Capistrano-based teams primed for big seasons.

Through 11 matches, the San Juan Hills girls volleyball team has already lost twice as many matches as they did all of last season. But this is not a total negative in the eyes of coach Jessica Papell.

In fact, Papell believes the Stallions’ 5-6 start to 2017 is a good thing, considering San Juan Hills did not lose a match until the 10th game of the season last year and only lost twice before entering the CIF-SS playoffs.

The Stallions’ schedule made sure they were tested early this season. San Juan Hills has played against some of the top teams in the country, including a match against top Orange County contender Mater Dei

“It’s kind of nice that we’ve been tested and had some adversity playing some really good teams early. We’re going to be that much better because of it,” Papell said. “Last year we kind of cruised for the first half of our season. I think it’s great we played a lot more competitive teams to start the season and show us what we need to be better at to beat good teams.”

San Juan Hills opened its season in Hawaii competing in the Ann Kang Invitational, where they went 3-5.

Behind the play of returning standout senior outside hitters Katie Lukes, a University of San Diego commit, and Abbey Dayton, a BYU commit, the Stallions are poised for another successful season.

Also returning to the fold is sophomore setter Casi Newman, who saw playing time as a freshman.

Freshman middle blocker Brianne Albright has made an immediate impact, including a 13-kill performance in the Stallions’ five-set loss to JSerra on Aug. 31.

Last year was the season the San Juan Hills boys water polo program had been waiting for.

Not only did the team win it’s first-ever Sea View League game, it won a share of the league title. Then the team went on a tear.

San Juan Hills won four playoff games to reach the CIF-SS Division 5 Championship game, where their Cinderella run ended with a 12-7 loss to Burroughs in the finals.

Playing the role as the team to beat in the area is a new one San Juan Hills (1-1) has been embracing this offseason, coach Ivan Buich said.

Several impact players return, including standout sophomore Max Miller. Miller switched from two-meter to utility for the Stallions this year. He leads the team with five goals through two games.

There is also a youth movement taking place at San Juan Hills, as more underclassmen have broken onto the roster than in year’s past.

“We have a couple more youngsters than we’ve had in previous years. They embrace the culture a little more and understand they have to start working harder, earlier, to get to that (championship) level,” Buich said.

It’s been a picture-perfect start for the JSerra girls volleyball team so far in 2017.

The Lions (15-0) have yet to lose, and won the high-profile Queen’s of the Court Tournament’s varsity division on Aug. 19. The Lions took down host-team Foothill in the tournament finals.

Led by a core group of three seniors, the Lions have defeated several quality opponents in recent weeks, including a five-set victory over San Juan Hills on the road on Aug. 31.

Seniors Caroline Kennedy (outside hitter), Kate Gonzalez (setter) and Lizzy Schryer (libero) return. Kennedy is leading the team in kills, and recorded a season-high 24 kills against the Stallions. Sophomore middle blocker Kylie Pries is second on the team in kills and adds to the Lions’ consistent offensive attack.

The Lions placed fourth in the Trinity League last season, and will need to get past Mater Dei and Santa Margarita if they want to jump into the league’s upper echelon.

The Capistrano Valley Christian girls volleyball team is coming off arguably its best season to-date. The Eagles won the Express Gold League title and reached the finals of the CIF-SS Division 9 Championships. They appeared in the CIF State Division 5 Regional Finals, but came up just short.

It was a special season and, thanks to the Eagles’ youth, the team is primed for another run in 2017.

The Eagles return All-League selections at the right-side, setter, outside hitter and libero.

All-CIF-SS right-side hitter Keara Rutz, who had 537 kills as a sophomore, returns, as does first-team All-Express League setter Riley Barclay, who had 862 assists in 2016.

All-CIF-SS outside hitter Sofia Pluhar, Dafne Pluhar and All-League libero Maddy Maulden return to round out the Eagles’ impressive depth.

The Eagles have played in five matches so far this season and have yet to lose a game. They own a perfect 5-0 record and have defeated every opponent in straight sets.

CVCS will play a busy nonleague schedule before opening league play on the road against Avalon on Sept. 30..

Expectations are high and so are the preseason rankings for the St. Margaret’s boys and girls cross country teams this season.

Both Tartan squads are ranked fourth in their respective CIF-SS Division 5 preseason polls.

The girls squad will be especially deep this season with the return of Charlotte Jones and Julia Martin. Jones placed 16th at the CIF-SS Finals and was the second-fastest freshman at the event. Martin broke her tibia running Track and Field in the spring, but expects to make a full recovery by the time cross country league finals roll around, coach Patrick Bendzick said.

Junior Andi Carell, a recent transfer from France, has had a great offseason and will earn points at the top of the rotation.

The boys squad graduated its top runner, Nick Gitter, but so far Matt Soto and Robbie Graham have filled in nicely at the top of the rotation. First-year runners Calvin Capelle and Luke Linaweaver add to the team’s depth.

Both the boys and girls teams will travel to Pasadena on Sept. 8 to race in the Cool Breeze Invitational on Brookside Golf Course.

The St. Margaret’s girls volleyball team is building its identity around a solid, tough defense. If the Tartans are able to play within that system and force other teams to make mistakes it should translate into another successful season, coach Joaquin Acosta said.

The Tartans lost a large amount of players to graduation, transfer and injury this offseason, but return four starters.

Through three matches the Tartans own a 1-2 record. St. Margaret’s lost to Saddleback Valley Christian and Capistrano Valley before picking up its first win against Whitney in Academy League play on Sept. 6.

Aside from a busy run through the Academy league this month, St. Margaret’s will play in two high-profile tournaments, the Dave Mohs Tournament and the Nike Tournament of Champions in Arizona, to ensure they will be battle-tested come playoff time.