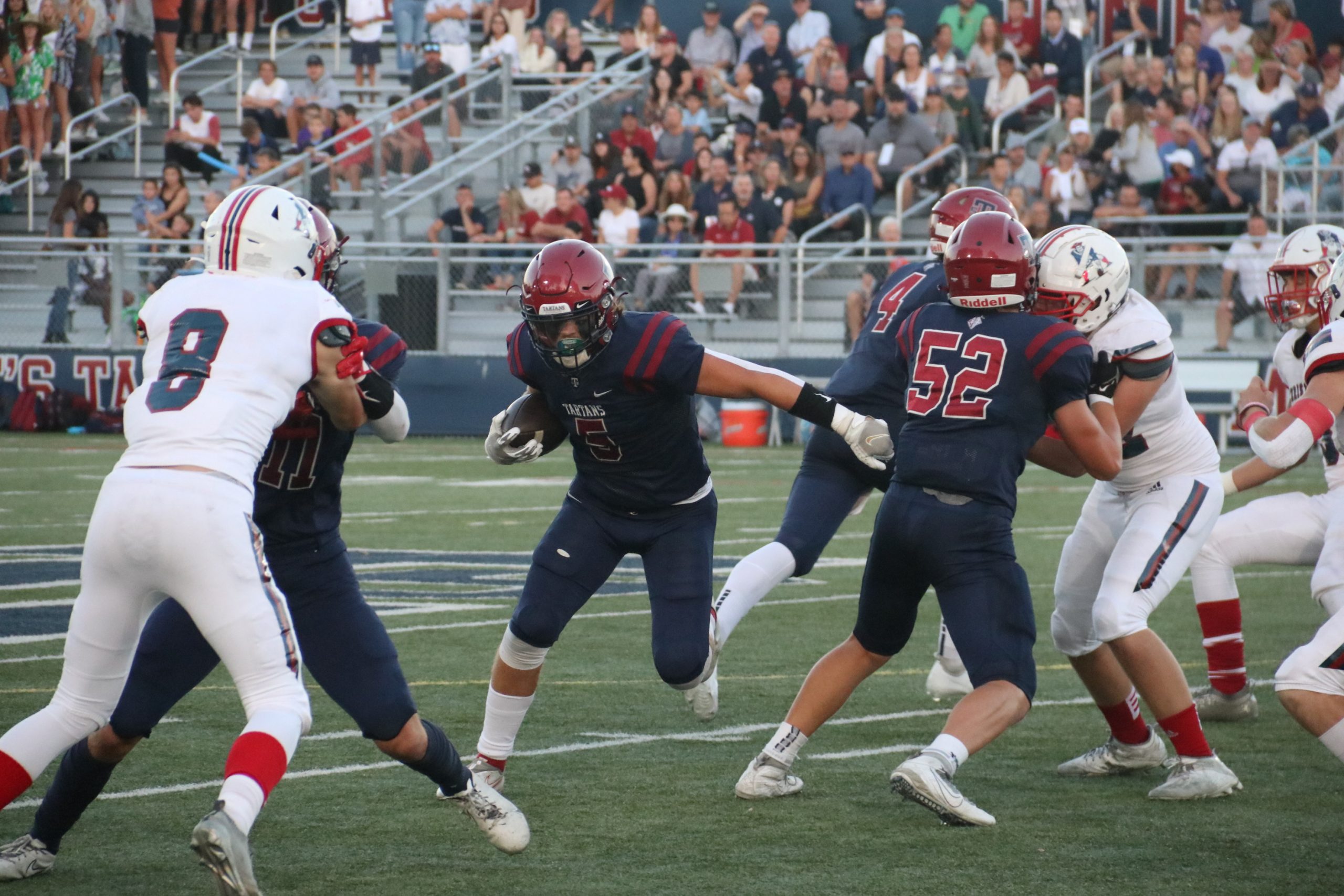 After dropping its first two games in dramatic fourth quarters, the St. Margaret’s football team is back to .500 as it preps for a trip up north.

The Tartans held fourth-quarter leads against Christian of El Cajon and La Mirada before dropping each of those contests for a frustrating start to the season. St. Margaret’s got those frustrations out with a 37-0 win against Rim of the World at Lake Arrowhead on Sept. 10 and a 54-0 drubbing of Riverside Prep on Sept. 17.

The JSerra football team bounced back nicely after being shut out by nationally ranked Centennial of Corona on Sept. 10. The Huskies beat the Lions in San Juan Capistrano, 48-0.

Credit to JSerra, as the team picked itself up on the road at Rancho Cucamonga on Sept. 17.

Sophomore quarterback Dylan Mills threw for two touchdowns and ran for another as JSerra beat Rancho Cucamonga, 48-28. JSerra was up 21-7 after the first quarter and 41-14 at halftime.

It was a big win for JSerra, as the Lions now have the chance to enter Trinity League play with a winning record. JSerra plays at Newport Harbor on Friday, Sept. 24. This game was originally scheduled for Sept. 2, but due to a positive COVID test in the Newport Harbor program, the game was moved to the teams’ mutual bye week.

JSerra kicks off Trinity League play at home on Oct. 1 against Santa Margarita.

The San Juan Hills football team’s nightmare start to the season continued on Sept. 17 with a 45-27 home loss to Corona del Mar. The Stallions fell to 0-5, and the visiting Sea Kings moved to 5-0.

San Juan Hills purposefully made a tough schedule to help with playoff placement and get the Stallions ready for a strong South Coast League, but even head coach Rob Frith admitted he didn’t think his team would be winless.

Despite the losses, San Juan Hills continues to get standout performances. Freshman quarterback Michael “Butter” Tollefson made his first start and completd 31 of 51 passes for 311 yards and three touchdowns. UCLA-committed senior receiver Braden Pegan caught all three touchdowns among his 13 receptions for 165 yards.

San Juan Hills next plays at El Toro on Oct. 1 and hosts Capistrano Valley on Oct. 8 before league play begins at San Clemente on Oct. 15.