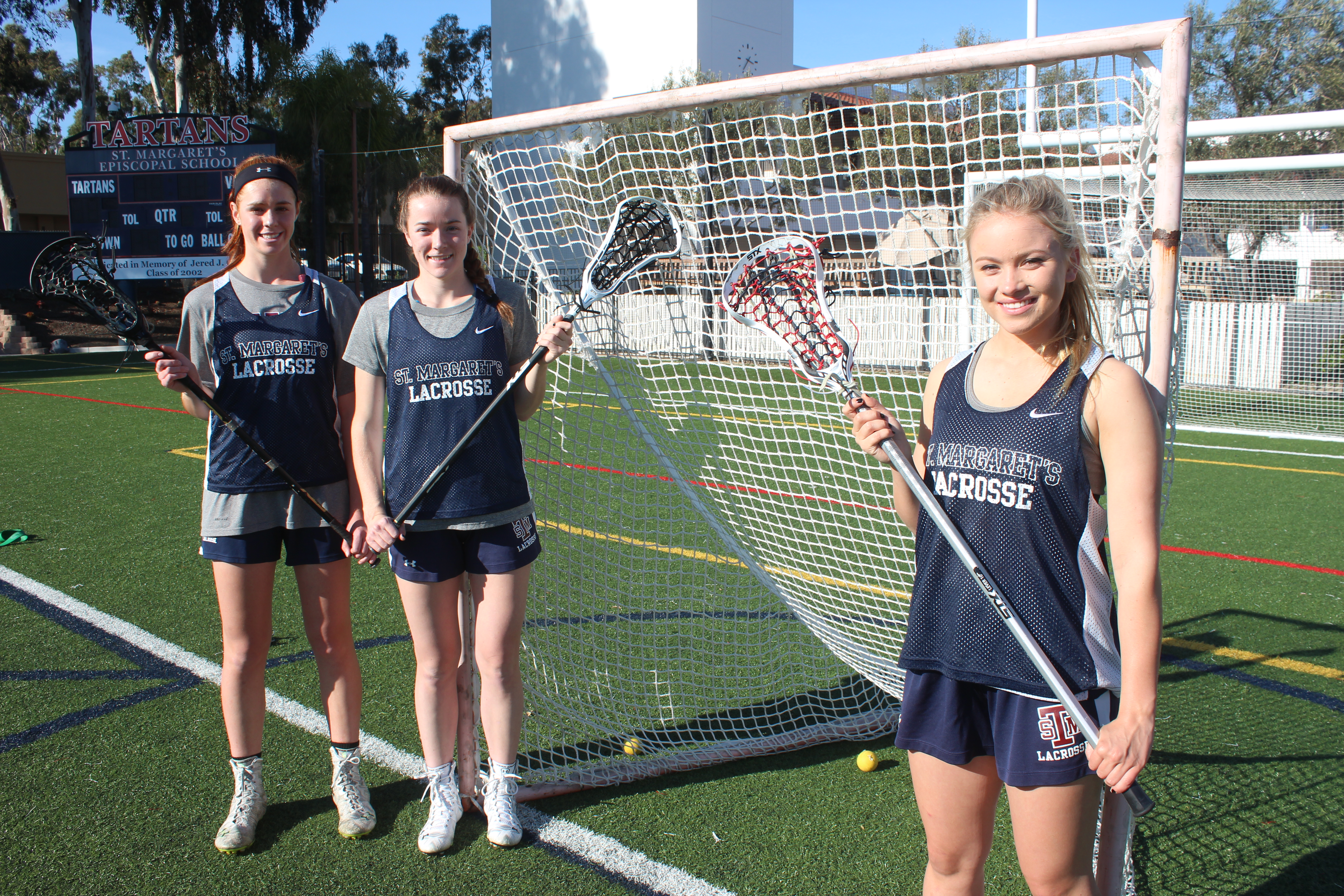 As the high school spring sports season gets underway, we profile several San Juan Capistrano-based programs that are primed for big seasons.

For in-game updates, scores, news and more for all of the area teams all season long, follow us on Twitter @SouthOCsports.

The JSerra baseball team will be chasing its fourth consecutive Trinity League title in 2017 and will be led by the best player to ever put on a Lions uniform.

JSerra senior Royce Lewis is gearing up for what figures to be a special senior season. Lewis is regarded as one of the best high school players in the country, and for good reason.

Lewis is the two-time Trinity League Player of the Year, was a member of the Pan-American Championship-winning USA Baseball 18U National Team and was an Under Armour All American last season. He also batted an eye-popping .429, scored 42 runs, stole 24 bases and struck out just five times in 128 plate appearances as a junior.

Lewis played third base each of the last two years but is making the move to shortstop his senior year.

Lewis is part of a small group of returning position players. After starting essentially the same lineup for the past three seasons, this Lions team will have an entirely different look in 2017.

Preston Miller (third base), Paul Roche (catcher) and Christian Rodrigues (outfield) are newcomers that have broken into the starting ranks and will be called upon to make an impact.

Where the Lions return experience is on the mound. Senior pitchers Colin Townsend and Cole Samuels will anchor the Lions’ staff. Townsend went 7-1 as a starter last season and Samuels went 5-0 to go along with a microscopic .940 ERA.

Coach Brett Kay pegged senior Brett Sveningson, an LMU commit, as the team’s X-factor and breakout candidate whose arm could go a long way during the dog days of league competition.

“It’s a different team this year. We have a lot of moving parts and we have stuff that we need to clean up but we should be fine,” Kay said. “We have a long way to go, and we’re going to have a chance to be pretty good.”

The San Juan Hills girls lacrosse team is coming off a 2016 season to remember.

The team won its first-ever Sea View League title last year and earned its first berth into the US Lacrosse Orange County Championships.

While the Stallions return a lot of impact players from last year’s historic team, there was still a large hole left by the departure of graduated senior Journey Fischbeck. Fischbeck earned All-American honors and carried much of the weight offensively last season, scoring 90 goals.

This season, the Stallions have refigured their game plan and are hoping to get contributions from up and down the roster.

The combination of Hannah Miller, Bridget Cain, Taylor Austin and Elena Guillen have picked up the offensive pace just four games into the season. Miller has already notched a team-high 13 goals and Cain (11 goals) and Austin (nine) are not far behind.

“I’ve had to change my whole mindset because last year it was essentially the Journey Fischbeck show, which was well deserved,” coach Michael Welter said. “But we have a lot of girls that can score and our goal is to have seven threats (on the field) every possession.”

San Juan Hills will compete in the South Coast League for the first time ever this season.

The Saddleback Valley Christian boys volleyball team’s meteoric rise in recent years yielded four consecutive CIF-SS Championships and a CIF State Championship, which the Warriors won last season. But that success was earned by a core group of veteran players, including standout Noah Dyer, who have almost all graduated.

The Warriors enter the new year with some familiar faces and new ones, but they are still eyeing the same lofty goals.

Leading the way for SVC is standout senior Jon Minsberg, who has moved to play outside hitter this year. Minsberg is a natural setter but will play both positions in the early going. Senior libero Jacob Pelletier also returns.

Sophomore George Dyer has emerged as a main contributor in the offseason and will play setter. The team got a boost from senior transfers Brody and Gabe Schippa, who came from the San Diego area and have club experience.

The Warriors usually have a mix of experienced club players and newcomers to the game, and this year is no different. Two-sport athletes Trey Mena, who plays basketball, and Zack Sherwood, who plays baseball, bring raw athleticism to the Warriors ranks.

After all their recent success, SVC was moved to Division 1 in an offseason realignment.

The Saddleback Valley Christian boys and girls swim teams are in the middle of a tough stretch of the season, but not by design.

Because of a scheduling quirk not of their doing, the Warriors began a stretch of competing in four meets in 10 days starting on March 4. Usually, SVC competes once a week. But this year, they hit the ground running.

“The good thing is we’ve been in the water for six weeks, so our kids know what to do,” coach Bert Bergen said. “They’re in shape so now they have to learn how to race and recover for so many meets in such a short time frame.”

So far, the Warriors haven’t flinched.

In their opening dual meet of the season, the Warriors won by 30 points.

SVC has a storied swimming history, and while their numbers restrict them from winning some events as a team, they have several top-level swimmers in their ranks with CIF-SS Championship ambitions.

Both the boys and girls’ 4×100-meter relay teams have posted consideration times in the early going.

The Capistrano Valley Christian softball team was on the verge of beginning the year without a head coach until Shannon Justice stepped in.

Justice has deeps ties to the program, having served as a former head coach for 13 seasons before stepping aside in 2006. She came back as an assistant this season, and when the former coach couldn’t do it, Justice stepped up.

Justice inherits a young team and a small roster but likes the character the Eagles have displayed in the early going. Through four games the Eagles are 1-3 but have remained competitive.

The Eagles have several players on the roster who have little to no softball experience and no official assistant coach, which has led to an interesting coaching dynamic. While Justice works with players and handles instruction, she sometimes lets the veterans on the team, like Dungan and Dougherty, run drills.

“The girls love it and it’s such a family atmosphere. Rather than be told what to do the girls are in there doing it with them,” Justice said.

The Eagles are scheduled to compete in the Linfield Christian Tournament this week before heading into Express League competition later this month.

Signs are pointing toward another successful season for the Capistrano Valley Christian baseball team.

The Eagles, who won the San Joaquin League title for a seventh straight season last year, lost only three seniors to graduation, and return nearly the whole roster that made a run to the second round of the CIF-SS Division 5 playoffs.

“They’re all committed to big Division 1 programs for a reason,” coach Clemente Bonilla said of the trio. “They can really play. They play hard, they can hit and they have a good approach.”

Antone, who plays third base, is also one of the team’s better pitchers, and will be joined by seniors Gavin Barkema and Nick Schuetze in the pitching rotation.

The Eagles were promoted to Division 4 in the CIF-SS offseason realignment initiative, and Bonilla has geared his nonleague schedule around playing tough competition yet again.

So far, the Eagles have suffered several tough-luck losses, which included an extra-inning loss to St. John Bosco in the Newport Elks Tournament on March 4. They bounced back with a 5-2 victory over Palm Desert on March 6, which remains their only victory.

The Eagles will play in a high-profile nonleague doubleheader against Santa Margarita at UCI on April 18, and travel to play Corona Centennial on April 19.

Scott Wallis will take over the St. Margaret’s baseball program in 2017 after spending several years coaching in the Trinity League.

Injuries have hit the Tartans returning roster hard in the offseason, which leaves the team with only 14 players heading in to the new season. Because of their limited numbers, the Tartans have not been able to scrimmage as much as they’d like early on. But they are gaining traction after playing a doubleheader against St. Anthony last week.

Wallis anticipates his team to rely on its speed, athleticism and defense to win games this year.

Outfielders Logan Smith and Brennan Campbell return to make up an athletic and speedy outfield.

The Tartans athleticism extends to their approach at the plate, and Wallis wants to capitalize on the strength.

“Our identity has to be based around our scrappiness. We have to outwork the other teams,” Wallis said. “We’ve got some guys that are hard workers and we’ve got speed. We should be able to score two to three extra runs (a game) just because of our base running.”

The Tartans are rather short on pitching arms, but are relying on Logan Smith to be the team’s ace early. St. Margaret’s entered the season knowing it would be without its top pitcher, sophomore Will Riddle, who had season-ending surgery.

A narrow one-point loss to Newport Harbor in the second round of the playoffs ended what was a promising season for the St. Margaret’s girls lacrosse team in 2016.

The good news for the program was that one only had to look at the roster to see the Tartans would be poised for another deep run in 2017.

US Lacrosse All-American Cameron Manor returns to lead the talented midfield unit. Manor scored 48 goals and had 41 assists for a team-leading 89 points as a junior. Joining Manor at the midfield position is the high-powered group of Cailin Young (33 goals in 2016), Niki Miles (30 goals) and Maddie Barkate (44 goals).

The Tartans defense will be anchored by returners Emily Suh, Ashlee Caruana and Megan Vandenburg.

St. Margaret’s averaged just over 15 goals per game last season while its defense allowed an average of seven goals.

It was a stellar season all around, and the Tartans proved they have the ability to control games. But this year they are hoping they can take things even further.

“We left work unfinished last season. There is a lot of hunger in this year’s team,” coach Holly Reilly said. “We want to challenge the pace of the game and make other teams try to match our speed.”