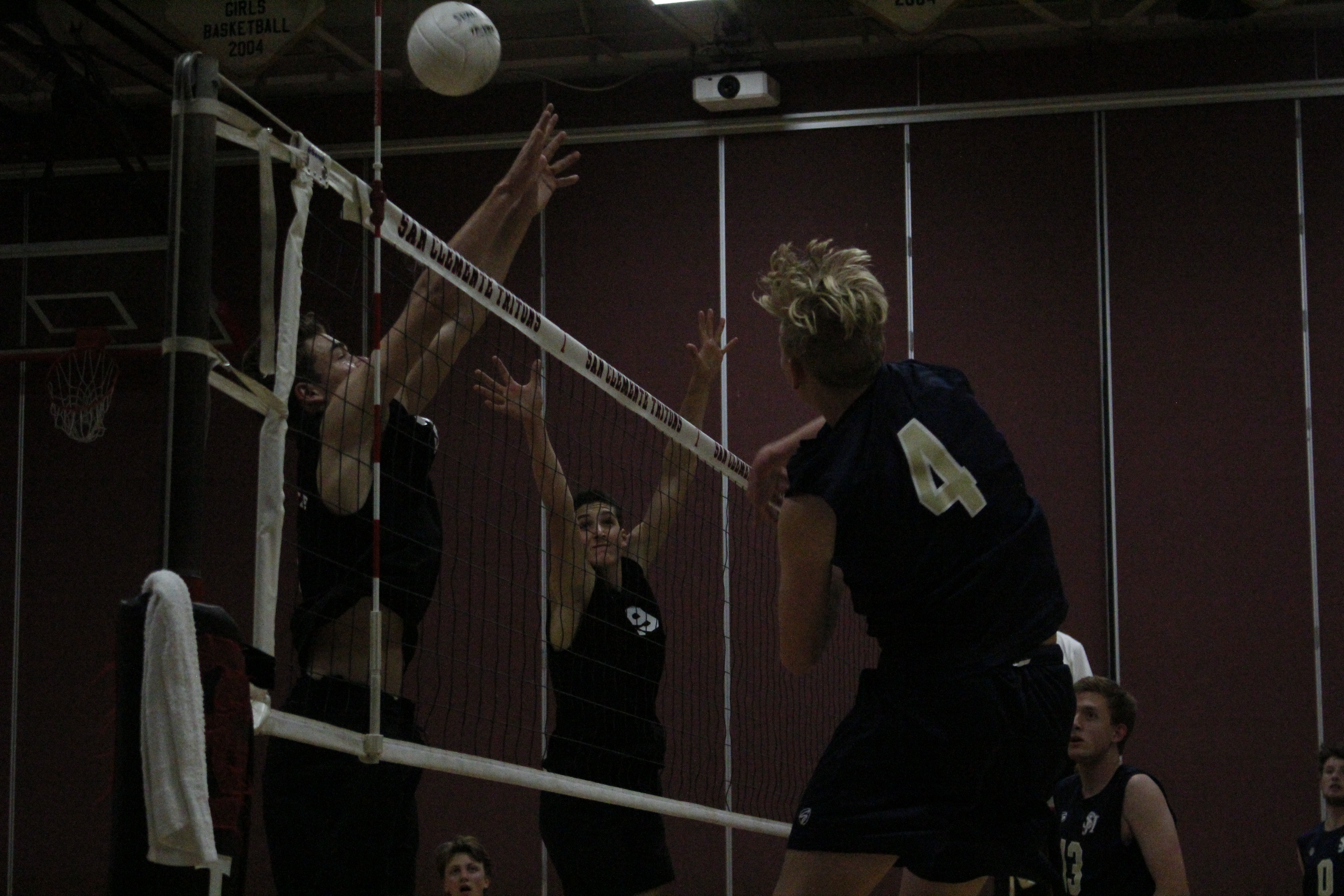 SAN CLEMENTE – The San Juan Hills boys volleyball team has come quite a way in their first season under coach Garry Currier.

The Stallions (7-5) have already exceeded their win total from last season (six) and have pushed up to be the fifth-ranked team in the latest CIF-SS Division 2 poll.

The Stallions battled and made San Clemente work, but the Tritons prevailed in a sweep, 25-21, 30-28, 25-20, in a Coast View Conference crossover game at San Clemente High School.

“I think this team coming in with a new coach and a new mindset,” Currier said. “We’re playing against a Division 1 school, and I think we kept up with them. Just the mental errors, missing serves, hitting the ball on the tape, not communicating. Those are the things that are going to kill us.”

Currier praised the early season play of his three seniors – Jared Tretter, Elliot MacAdam and Andrew Piecuck – as well as Ethan Cinco in the middle.

“I really feel like this team has a group unity,” Currier said. “That’s what’s kind of come together. These guys have really changed my coaching mentality too.”

In the first set, San Clemente pushed out to an early 7-2 lead and led by as much as seven midway through. San Juan Hills cut the lead to three points, 23-20, but the Tritons closed out the set.

The second set was a see-saw battle that saw 21 tie scores throughout. San Juan Hills looked like it was going to fight back and make a real match of things with a five-point lead, 11-6, but San Clemente came back to tie the match at 13. The teams traded points down the stretch and played through six set points before the Tritons ended it, 30-28.

“We just couldn’t get any kind of momentum in that match,” Goldstone said. “We had some momentum then we’d miss a serve or hit one out. We just kind of killed ourselves a bunch of times. Even at the end (of the third set), we had an eight-point lead and we couldn’t close them out like I was hoping to.”

The teams were tight to start off the third set, but San Clemente kept San Juan Hills at bay and pulled away late. The Tritons finished the match with a 25-20 win.