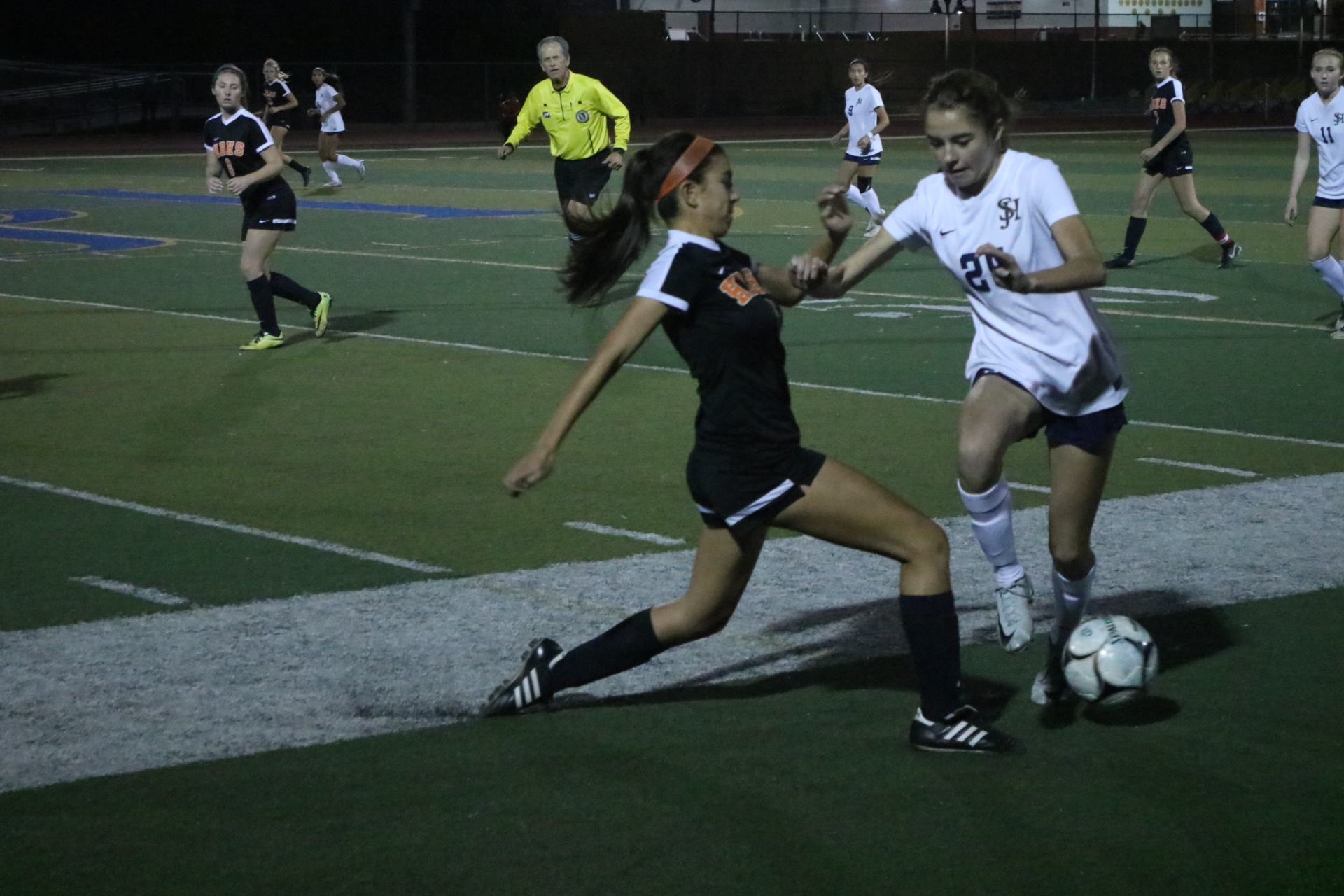 Results and emotions swinging drastically on each make and miss.

After battling for 100-plus minutes, a team’s fate decided on a series of 12-yard kicks.

San Juan Hills girls soccer found itself on the wrong end of the tiebreaker as the Sea View League Champions fell against Huntington Beach, 1-1 (3-1), in a CIF-SS Division 1 first-round match on Thursday at San Juan Hills High.

“It’s tough,” San Juan Hills coach Farrel Moore said. “It’s a senior heavy team. We had 12 seniors. This being their last high school game I think is hard for some of them to swallow. They should be proud of their efforts. They worked hard, they battled.”

San Juan Hills (10-5-8) won its first league title this season on the strength of its defense and allowed only two goals in eight league games.

That strength showed in what was a defensive struggle throughout against a battle-tested Huntington Beach side.

“I thought we weren’t as sharp,” Moore said. “We were a little sloppy, struggled to find our rhythm a little bit. We had moments, but didn’t capitalize. They had some girls athletically we struggled to hang with. Just didn’t go our way.”

San Juan Hills broke through first early in the second half.

Mikayla Robertson streaked down the left side of the box and earned a penalty kick. The sophomore drilled it to the right side for the one-goal advantage in the 46th minute.

“They had had trouble shutting down (Robertson),” Moore said. “She’d blown by (the defender), the girl took her down on purpose. She got a yellow shortly after. It was a well-earned PK and a good finish.”

The Stallions continued to turn away Huntington Beach’s attack, and Amanda Haimes made strong saves in the cage.

The Oilers kept coming and finally leveled the game in the 66th minute on a flick to the left side of the net.

Neither team found much ground for the rest of regulation or in either of the extra time periods, so a shootout commenced.

Both teams missed the net on the second kick, and both scored on the third attempt.

In the fourth round, the Oilers keeper stepped up to score a goal and made a save on San Juan Hills’ attempt to win the shootout.

“In the shootout under the pressure, we just couldn’t make those chances,” Moore said. “We practiced every day out here. Just couldn’t do it when it counted.”

Huntington Beach advances to the second round and will play at No. 2 seed Upland on Feb. 20.