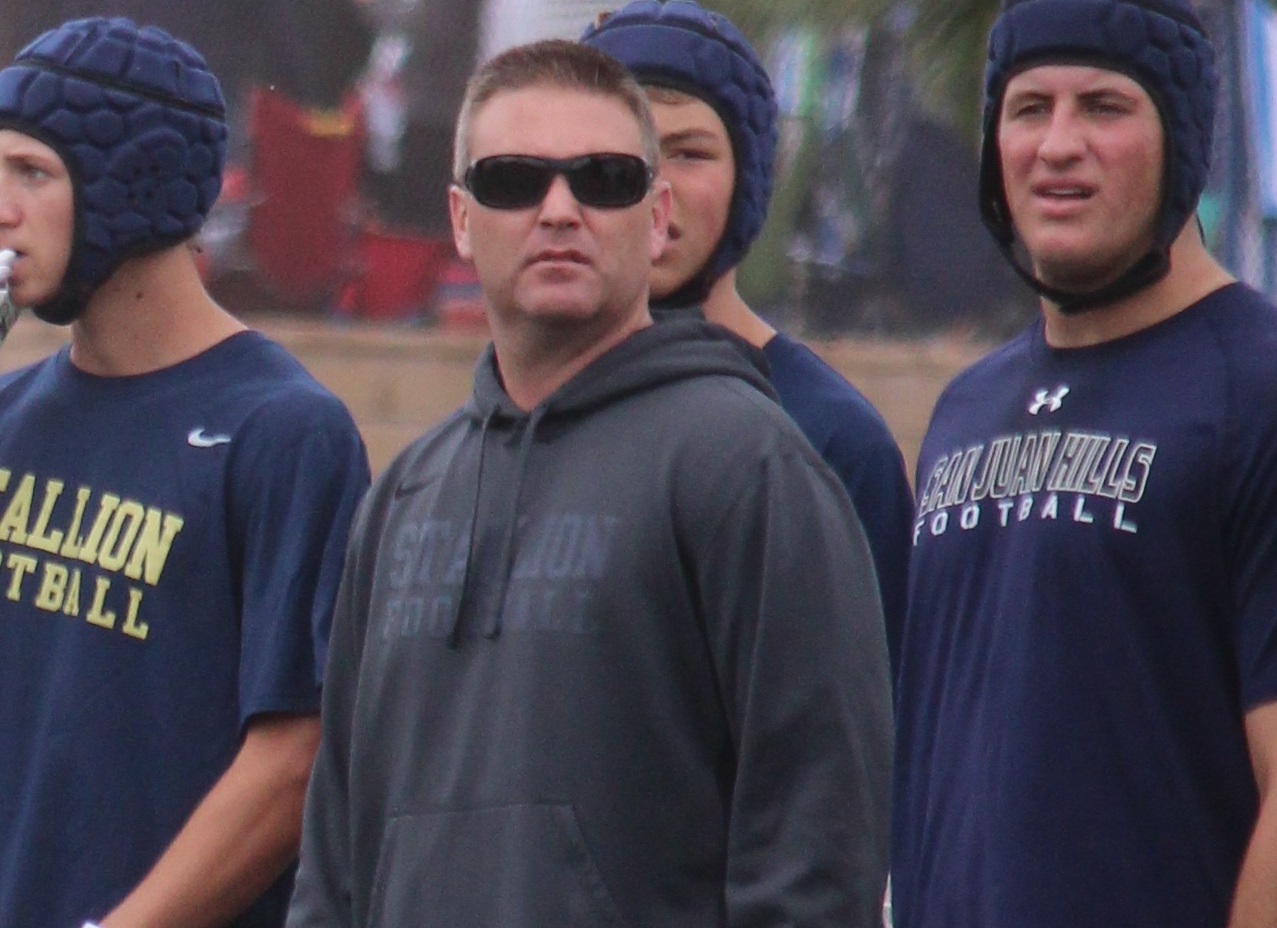 “It’s a life opportunity,” Flowers said. “Looking for something new. I’d like to coach until I die, but I think I’m done being a head coach for the time being.”

Flowers cited a planned out-of-state move after the school year, as first reported by the Orange County Register on Tuesday, Jan. 16. He is also an athletic director at the school.

“It’s a great school, facility with great kids and people,” Flowers said. “It’s going to be a good opportunity. We’ve done the best we can and created a respectable program that’s competitive every time we go on the field.”

Flowers took over the San Juan Hills program in 2011 and compiled a 52-25 record over seven seasons. The Stallions went 0-10 in Flowers’ first season but won their first six games of 2012 and went on to win the Sea View League title in 2013. San Juan Hills has made the playoffs each of the last five seasons and went 6-6 in 2017.

“Seeing the kids who have graduated come back and see what they’re doing with their lives,” Flowers said of his best memories of the program.

Flowers was an assistant principal at San Juan Hills when he was hired as the head football coach in 2011. Flowers had a long history in football dating back to playing at Cal State Northridge in the late 1990’s.

“I remember being excited,” Flowers said. “I was kind of done as an administrator. I wanted to be back with the kids and coaching. It just felt like that filled my tank more than administration. I was excited.”

Flowers began his coaching career as a quarterbacks coach at Northridge before coaching quarterbacks, receivers and running backs at Montana State University. In 2003, he spent a year at JSerra before becoming the offensive coordinator at Dana Hills. Flowers was hired as an assistant principal at Capistrano Valley in 2007 before taking the same position at San Juan Hills in 2008.