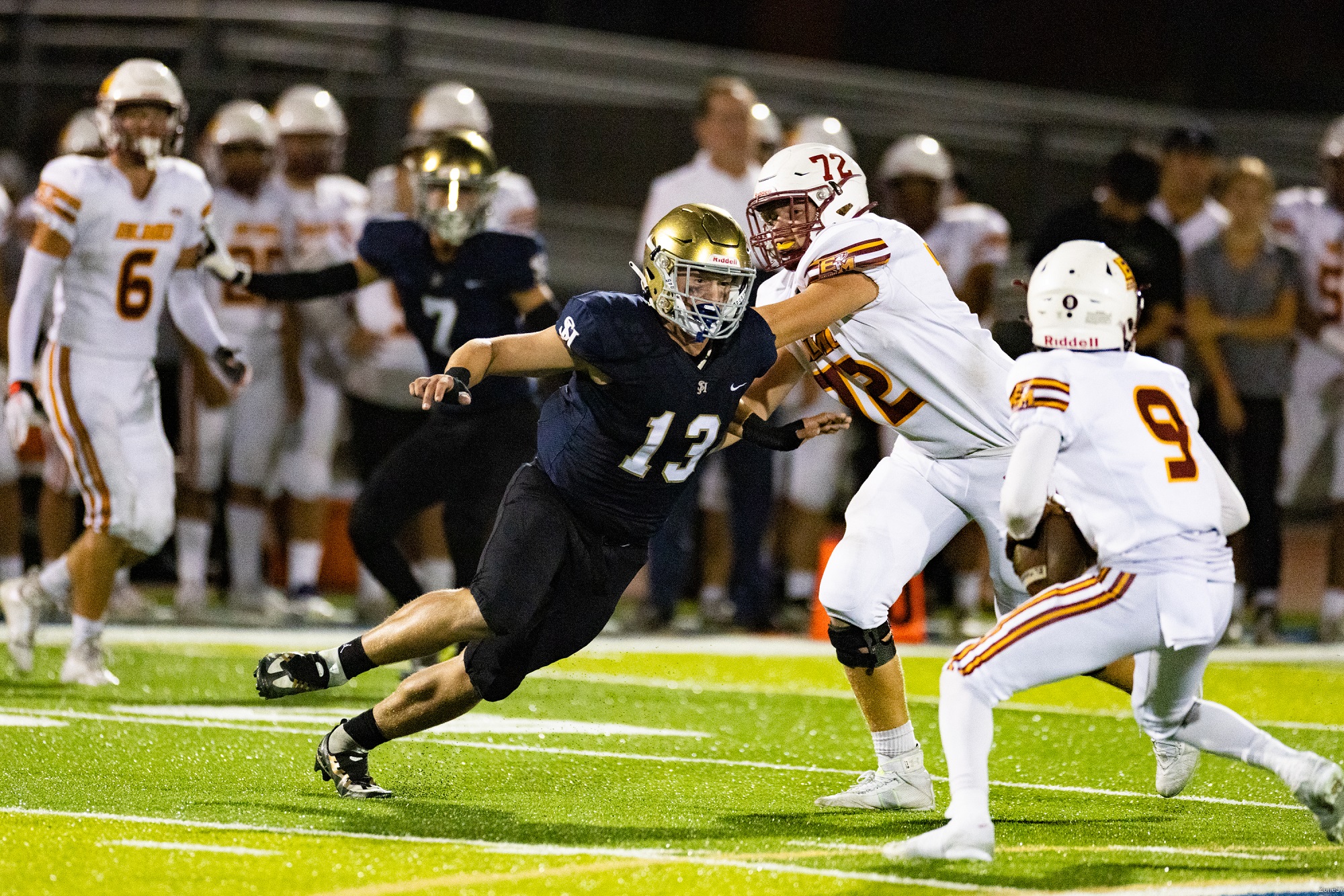 SAN JUAN CAPISTRANO — In many ways, the game was determined on the opening drive of the game on Friday night at the Badlands. El Modena showed its physicality early, and San Juan Hills was unable to punch back.

“We got beat in every phase of the game,” San Juan Hills coach Rob Frith said. “We got beat up front. They were more physical than us. We made mistakes. At the end of the day, we played a better team. They beat us in all three phases of the game.”

San Juan Hills is 0-6 for the first time since 2011. The Stallions will look to get back on track in their rivalry game next Friday, Sept. 30 at Tesoro for the “Battle for the Bell.”

After Friday’s games, San Juan Hills’ six opponents are a combined 28-2, including unbeaten El Modena (5-0). El Modena has only allowed 15 points all season and gave up just its second touchdown of the campaign in the final minute against San Juan Hills.

San Juan Hills threw for only 88 yards and ran for 95 yards on 24 carries, with 56 of those rushing yards coming on five carries on the final drive of the game. Sullivan Land finished that drive with a 6-yard touchdown run to break the shutout.

“We could not move the football,” Frith said. “It starts up front. They did a better job up front than we did. They were more physical. Their defense would dent our offensive front, and on offense, they would get a tremendous push. There were things that they did they looked like a well-oiled machine, and we struggled to keep up.”

El Modena set the tone from the first play of the game.

The Vanguards opened with a 16-yard run and capitalized six plays later on a 14-yard touchdown run.

El Modena scored again on a nine-play, 55-yard drive in the second quarter that featured eight runs, including the 7-yard touchdown. After a San Juan Hills penalty, the Vanguards ran in the two-point conversion for a 15-0 lead.

San Juan Hills’ offense finally got a small spark on the final drive of the half, as the Stallions converted three third downs with their hurry-up offense. The drive ended with a incomplete pass into the end zone as the quarter ended.

El Modena put the game away with touchdowns on back-to-back drives in the third and fourth quarters.

The Vanguards broke a fourth-down play for a 27-yard TD pass with 15 seconds left in the third quarter, and following a San Juan Hills 3-and-out, El Modena scored on a 4-yard run to cap a four-minute drive.

El Modena led 29-0 before Land scored for San Juan Hills with 55 seconds remaining to avoid the Stallions’ second shutout of the season.

San Juan Hills will now turn its focus to its rival in the “Battle for the Bell” next Friday.

“We better get ready,” Frith said of the upcoming Tesoro clash. “We’re going into their place, and they would love nothing more than to send us home with a lopsided loss. We’re going to have to go in there and play much cleaner than we did tonight.”