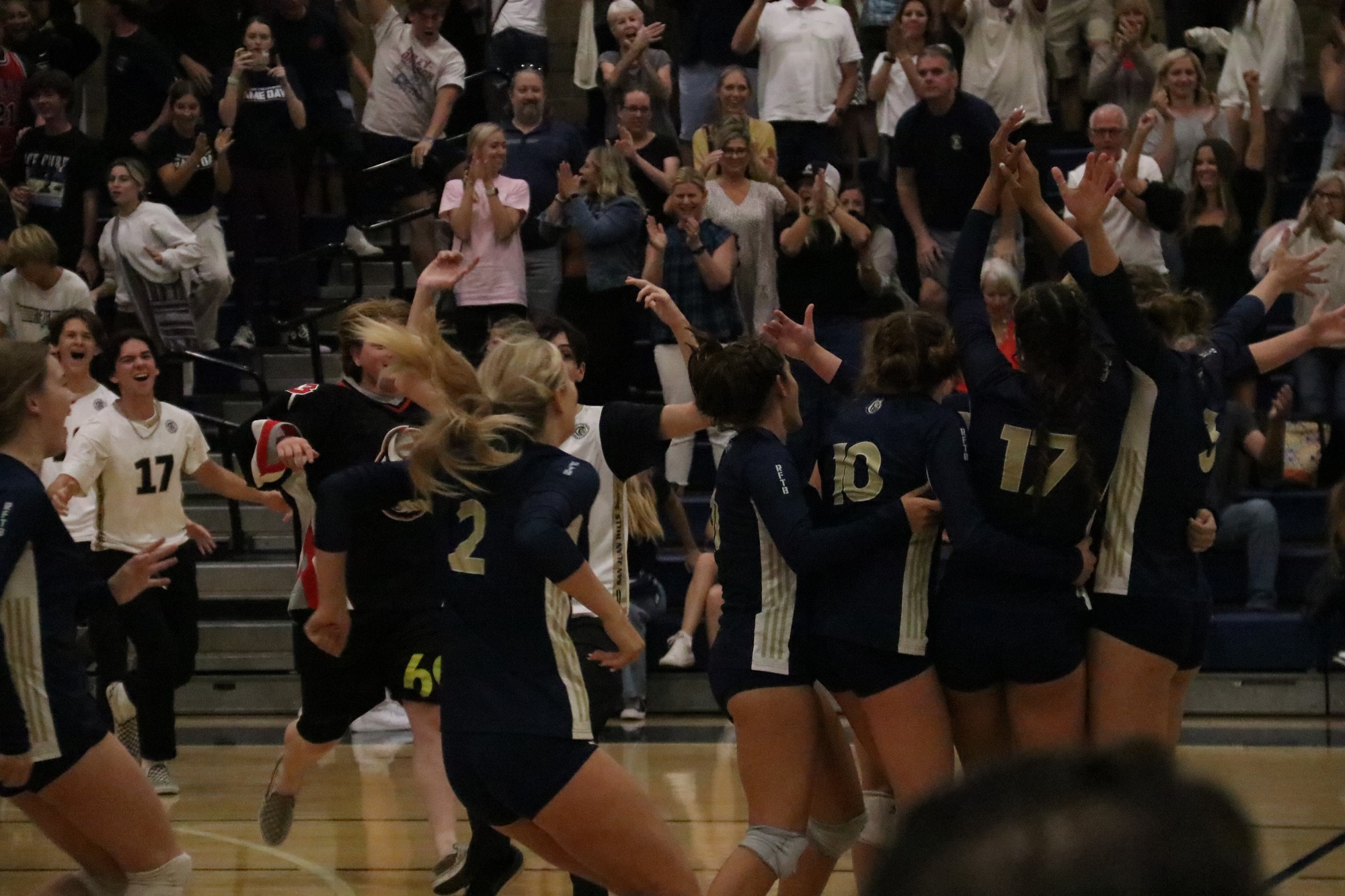 The San Juan Hills girls volleyball team had to scrap its way to its share of the South Coast League title late in the regular season, and the defensive, fight-for-every-ball mentality that the Stallions developed has already paid dividends in the CIF-SS playoffs.

“This is kind of how we’ve been playing lately, which is how we got those big wins against San Clemente and Aliso Niguel,” San Juan Hills coach Jessica Papell said. “Some of the swings they (Chaparral) took were pretty impressive, and our kids did a nice job of not letting that deflate us, not letting their plays cause us stress.”

San Juan Hills (12-8) travels to El Toro (17-7) for the second round on Saturday, Oct. 22. El Toro went undefeated in the Sea View League and is the reigning CIF-SS Division 3 champion.

In the second set, Chaparral showed even more fight, as the teams traded the lead with seven tied scores up to 15-15. San Juan Hills took control of the match with a 7-0 run led by a block and four kills from junior Alex Stone, a block by senior Lexi Presser and one of seven aces in the match from sophomore Sydney Hanson. The Stallions closed out the set, 25-21.

San Juan Hills looked poised for the sweep in the third set, as the Stallions pulled out to a six-point lead, 18-12, after some early Chaparral resistance. However, with the win and playoff advancement in sight, San Juan Hills loosened up a bit, and Chaparral charged back.

“We got a little too outcome focused,” Papell said. “We’re getting toward potentially the end of the match, and we just wanted to win instead of focusing on the process and all the little things we need to do to get the win. We got interested in the scoreboard instead of what our job is.”

Chaparral erased the deficit on a 7-1 run that eventually grew to a 13-4 run, which clinched the set for the Pumas, 25-22, and extended the match into the fourth set.

San Juan Hills grabbed another early lead in the fourth set, 5-1, but Chaparral would not go down easy. The Pumas went ahead with a 7-1 run for a two-point lead, 8-6. The teams traded single points for nearly the rest of the match, as San Juan Hills clawed back into a 14-14 tie and the set pushed on to a 19-19 tie.

“I think we just had to keep our energy high up,” said Stone, who did a bit of everything for San Juan Hills on Thursday, “and a lot of the emotions were picking each other up and little things that we needed.”

San Juan Hills closed out the match with key defensive saves and a final kill by Stone, 25-20.

Stone was all over the place for the Stallions, with the team lead in kills on her big-arm swings to go along with numerous digs, blocks and aces, for good measure.

“Just hyping my team up,” Stone said of her role. “That’s everyone’s role. We all hype each other up. We flow as a team. There’s no particular roles on the team. I feel like we all are captains. There’s no really levels or anything, which is really awesome on the team.”

San Juan Hills will take that group mentality to El Toro on Saturday.