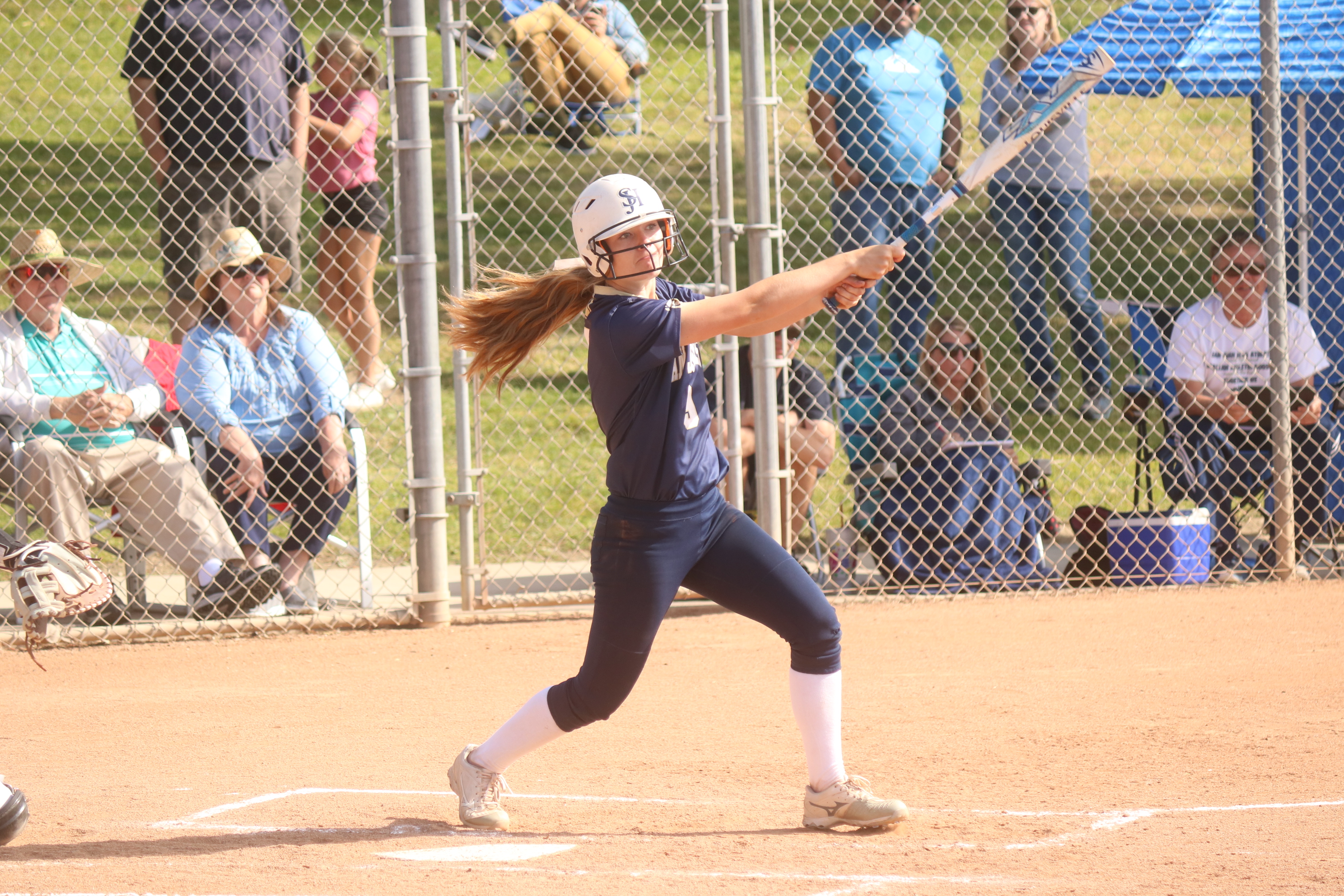 SAN JUAN CAPISTRANO – The success of the San Juan Hills girls softball team has been predicated on contributions from every level.

Sure, the Stallions core is an all-senior infield, but without juniors and freshmen stepping up in the outfield and on the mound to work with those seniors, San Juan Hills couldn’t have captured its first ever league championship.

It wouldn’t have won on Thursday without each part of that group either.

Stellar defense in the top of the fifth inning kept Sultana of Hesperia off the board, and San Juan Hills responded with the eventual winning runs in the bottom of the fifth to defeat Sultana, 5-4, in a CIF-SS Division 4 first-round game at San Juan Hills High School.

San Juan Hills softball’s Bree Johnson talks about the Stallions 5-4 win over Sultana in the CIF-SS Division 4 first round. Johnson made an incredible diving stop and flip at second base to end the 5th inning of a then tie game. @sjhhsathletics @Smalley_Jen pic.twitter.com/YNh2cEhJ8f

“It just shows what we’re doing in practice is paying off in the games,” San Juan Hills coach Heather Hamilton said. “It’s a team effort. All around it was defense, it was offense, pitching and catching, 100 percent.”

San Juan Hills (19-9) will play at Schurr of Montebello in the second round on Tuesday, May 22.

Tied at 1-1 in the top of the fifth inning, Sultana had the opportunity to take the lead.

The next Sultans batter sharply hit a ball to second base where senior Bree Johnson dove to stop the ball. Johnson flipped the ball with her glove to senior shortstop Gracyn Houmis to end the inning and the Sultana threat.

“I could feel my heart pumping throughout the game at second base,” Johnson said. “The ball before that got hit really hard to my left, and I just thinking we can’t let this run score because it’s a tie game. I just threw my body on the ground and it just went my way.”

San Juan Hills coach Kelly Hambrick said that as the defense came off the field, the San Juan Hills bench said to “turn this into something,” and they did in the bottom of the fifth.

Junior Jordan Parkhurst led off with a single, and junior Angelica Gonzalez reached on an error. Houmis drove both home with a triple for the two-run lead.

Senior Lauren Fairchild hit a one-out single to score Houmis, and Fairchild came home on an two-out error for a four-run advantage.

Sultana got one run back in the sixth inning and made things close in the seventh.

Sultana led off with three straight singles to score a run and got another on a sacrifice fly. San Juan Hills got the final two outs to close the game and the win.

Junior Phoebe Popplewell picked up the win with the complete game and five strikeouts.