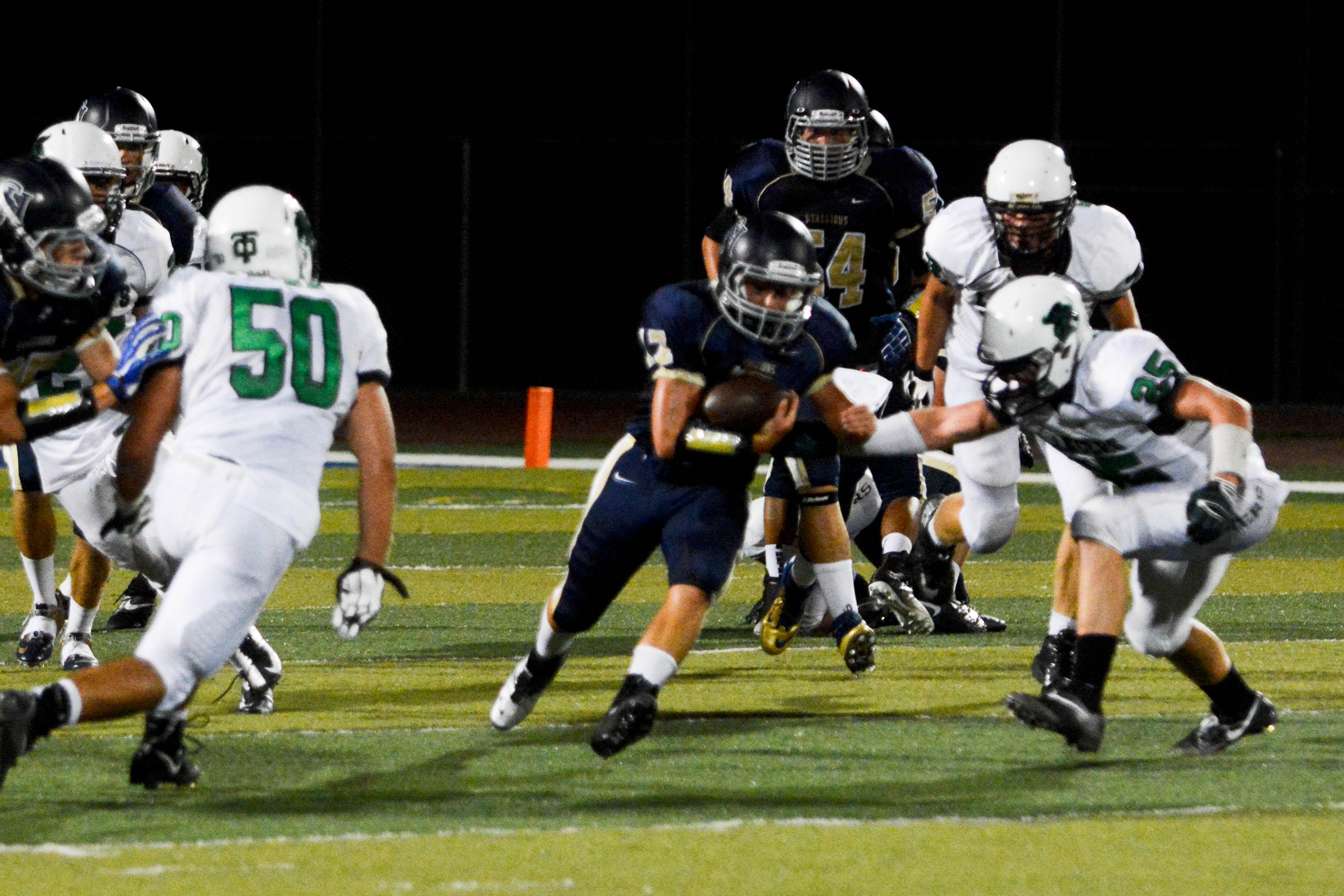 The San Juan Hills football team started their season off on the right foot after a 52-40 nonleague victory over Thousand Oaks at home on August 30.

The game started neck and neck, with Thousand Oaks (0-1) taking a safety on their first possession, putting them down 0-2. They responded by kicking a quick field goal minutes later. Eight minutes after the field goal, Thousand Oaks scored their first touchdown, which put them up 10-2 at the end of the first quarter.

Stallions head coach Aaron Flowers seemed to have put an emphasis on defense, which ultimately gave them the first win they needed. After Thousand Oaks scored their first touchdown, the Stallions defense began a stingy stretch of not allowing the Lancers to score until the third quarter.

“Once our defense established themselves, our offense had a chance to take control,” Flowers said of his team’s early defensive efforts.

The San Juan Hills offense showed signs of life at the beginning of the second quarter when senior quarterback Jacob Gibson threw a 20-yard touchdown pass to junior Kolton McCluskey. The Stallions decided to go for the two-point conversion and they were successful.

The Stallions ran their next three possessions down the field for touchdowns before Thousand Oaks could answer back with a score of their own. The third quarter came to an end with the Stallions holding a commanding 43-18 lead.

The fourth quarter started with Thousand Oaks sailing the ball over their kickers head, which the Stallions picked up in the end zone to take a 49-18 lead.

But the lead would suddenly dwindle, as the Lancers mounted a late comeback as the clock wound down. Thousand Oaks answered back with three, last-minute touchdowns, bringing the scoring to a close at 52-40. The outburst was rapid, but it was too little, too late.

The Stallions will now travel to play Canyon for a Thursday game at El Modena High on September 5.

For updates on the San Juan Hills football team all season long, follow us on Twitter @SouthOCsports.