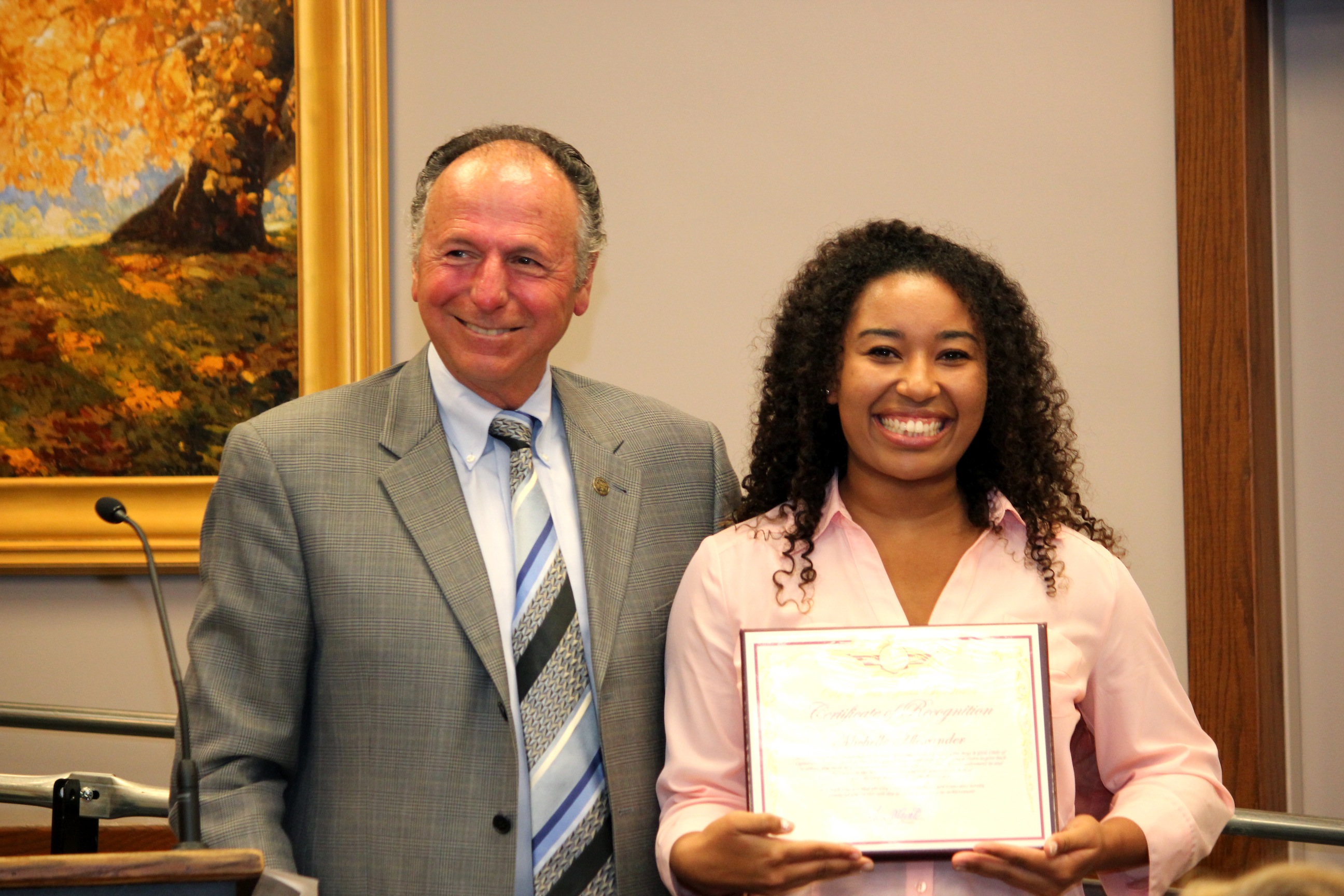 Had it not been for the Boys & Girls Clubs of Capistrano Valley, Michelle Alexander’s life might have taken a turn for the worse.

By the time she was 6 years old, Alexander had lived in 16 different homes. Her family’s financial situation was strained, so she, her mother and brother often slept in the same bedroom. Police and social services checked on her family daily, she said, because her mother and sister were known to authorities for drug abuse and violence.

But the trajectory of Alexander’s life took a dramatic turn for the better in 2003 when she joined the Boys & Girls Club.

“My life changed 11 years ago when I pushed open the glass doors of the Boys & Girls Clubs of Capistrano Valley,” Alexander said last Tuesday, after Mayor Sam Allevato and the San Juan Capistrano City Council recognized her for winning the club’s 2014 Youth of the Year award.

The award is given out annually to the club member who overcomes obstacles to become a leader in the club and their community. Allevato highlighted Alexander’s volunteering with food banks, serving food to the homeless and working with toddlers at her church. Alexander also participated in Major League Baseball’s Reviving Baseball in Inner Cities program.

“That program taught Michelle about dedication, hard work and how to be a team player,” Allevato said.

Alexander, who is a senior at San Juan Hills High School, is on the girls varsity softball team. This June, she will become the first member of her family to graduate from high school. She then plans on moving to Texas to pursue a nursing degree.

Of the Boys & Girls Club staff, Alexander said they were her “positive role models, my rock.” Her brother is now also a “club kid.”

“If it wasn’t for the Boys & Girls Club, I wouldn’t be down the path in which I’m headed for now—success,” Alexander said.