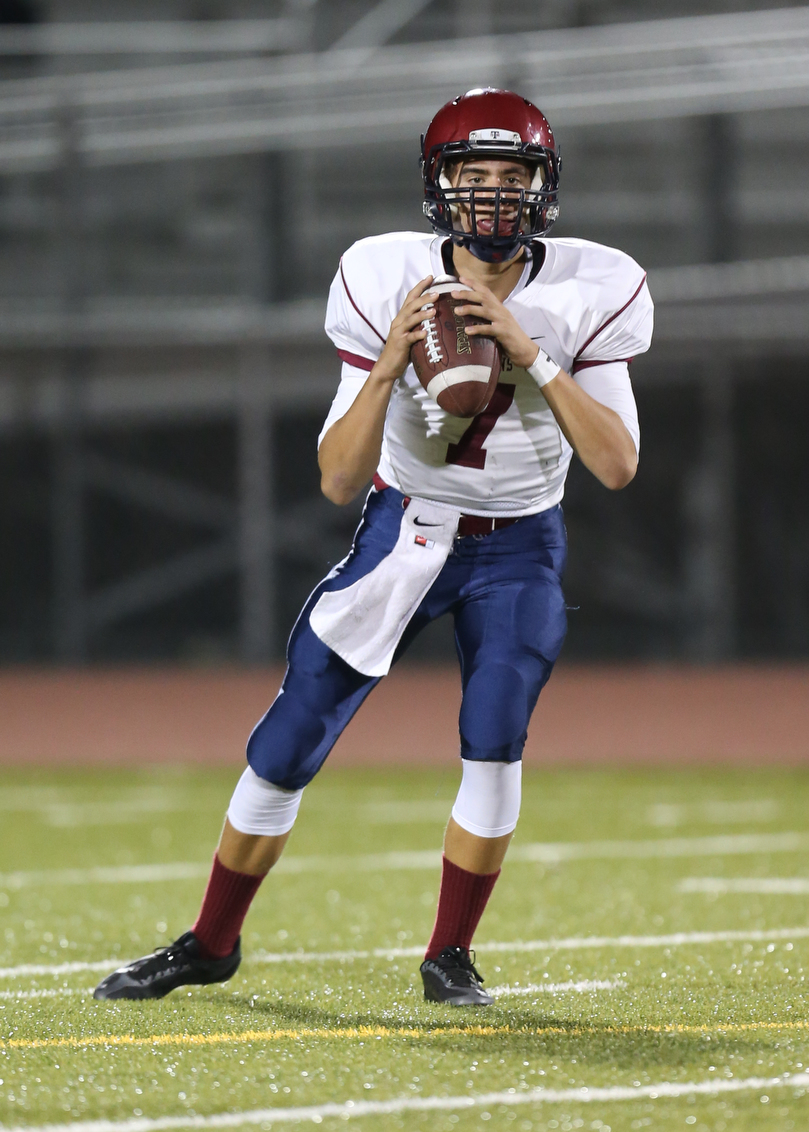 Local teams gear up for run through the postseason

The final week of the 2015 prep football regular season was filled with ups and downs for the five San Juan Capistrano programs.

The biggest surprise came out of JSerra Catholic, where the surging Lions capped off their season with back-to-back wins over Mater Dei and Orange Lutheran, two of the better teams in Orange County. Unfortunately for the Lions, who improved their playoff chances with those wins, the Trinity League standings turned into a logjam.

The highly competitive six-team league awards three playoff spots and, following its victories over the Monarchs and Lancers, the Lions sat in a three-way tie for third place with Servite and Orange Lutheran. A coin flip determined JSerra would finish fourth in league, putting their playoff fate in the hands of the CIF-SS Championship at-large selection process. The PAC-5 Division awarded at-large berths to Chaminade and Westlake, based on those program’s performance and strength of schedule, and the Lions were left out of the playoffs.

Capistrano Valley Christian (7-3, 3-2) missed out on the playoffs after losing to Southlands Christian 32-26 in their final game of the season. The loss put the Eagles in a three-way tie for second place in the San Joaquin League standings and the team lost a coin flip, which put them in third place.

Three San Juan programs will get to continue their seasons tonight, when they take the field in the first round of their respective playoff divisions.

Here is a re-cap of how San Juan Hills, Saddleback Valley Christian and St. Margaret’s punched their tickets to the playoffs, along with a preview of tonight’s games.

For in-game updates, scores and more for all of the San Juan Capistrano prep football programs, follow us on Twitter @SouthOCsports.

How They Got There: The Stallions finished the season with an 8-2 overall record and went 2-2 in South Coast League play. San Juan Hills finished third in league and earned an at-large bid into the CIF-SS West Valley Division Championships.

Key Stat: Quarterback Patrick O’Brien’s completion percentage. The senior signal caller is having a spectacular year and has completed just over 76 percent of his 265 pass attempts.

Their Opponent: San Juan Hills will travel to play Valencia of Valencia on Nov. 13 at 7:30 p.m.

The Vikings (7-3, 5-0) ran away with the Foothill League title and did not dodge tough opponents during their nonleague slate. Valencia lost to reigning PAC-5 Division champion Centennial of Corona on Oct. 2 and lost a close one to Chaminade, a PAC-5 playoff team, on Sept. 11. The Vikings, much like the Stallions, are a battle-tested team.

How They Got There: The Warriors went undefeated during the regular season, finishing with a perfect 10-0 overall record and won their 10th straight San Joaquin League title. SVC earned the No. 2 overall seed in the CIF-SS East Valley Division Championships.

Season Highlights: The Warriors opened their league schedule with a game against rival Capistrano Valley Christian and, after being held scoreless in the first half, stormed back for a 13-10 win. It was the Warriors closest margin of victory this season.

Key Stat: The Warriors average yards rushing per game. SVC has dominated their opponents with their rushing attack, piling up an average of 273 rushing yards per game. The SVC run game is powered by seniors Dalton Lohman and David Molina. Lohman and Molina have rushed for 1,170 and 553 yards, respectively, and have scored a combined 25 touchdowns. Junior quarterback Cade Henjum (476 rushing yards) proved he could run as well.

Santa Paula placed second in the four-team Frontier League and, just like the Warriors, they like to run the ball, but at an even higher rate. Santa Paula’s junior quarterback Keshaun Mata attempted only 94 passes all season, throwing five touchdowns to six interceptions. The Cardinals (5-5, 2-1) average 214 yards rushing per game and are led by running back Zackery Marquez, who is averaging just over 148 yards per contest.

The Santa Paula defense is susceptible to giving up lots of points. In ten games, the Cardinals allowed 24 points or more six times. On the flip side, SVC’s defense has allowed 14 points or less in six of their victories.

How They Got There: St. Margaret’s went 8-2 on the season and were co-league champions of the Academy League. St. Margaret’s, the defending CIF-SS East Valley Division champions, lost a postseason coin flip but earned an at-large bid.

Key Stat: The sheer amount of points the St. Margaret’s offense is capable of producing on any given night. Junior quarterback George Krantz leads Orange County in touchdown passes (38) and passing yards per game (309.7). Senior Nick Shanks, who plays receiver and running back, has scored 26 total touchdowns, the fourth-best mark in the county. Shanks is currently tied for first in Orange County in receiving touchdowns with 17.

Hamilton (6-4, 3-0) got arguably the toughest first-round draw in the East Valley Division when they drew the Tartans. The St. Margaret’s roster is loaded with championship experience and the team lost only two games by a combined nine points this season.

Hamilton, which is located in Anza, has one common opponent with the Tartans. Hamilton lost to The Webb Schools 42-11 on Aug. 28. St. Margaret’s easily defeated The Webb Schools 55-13 on Sept. 11.