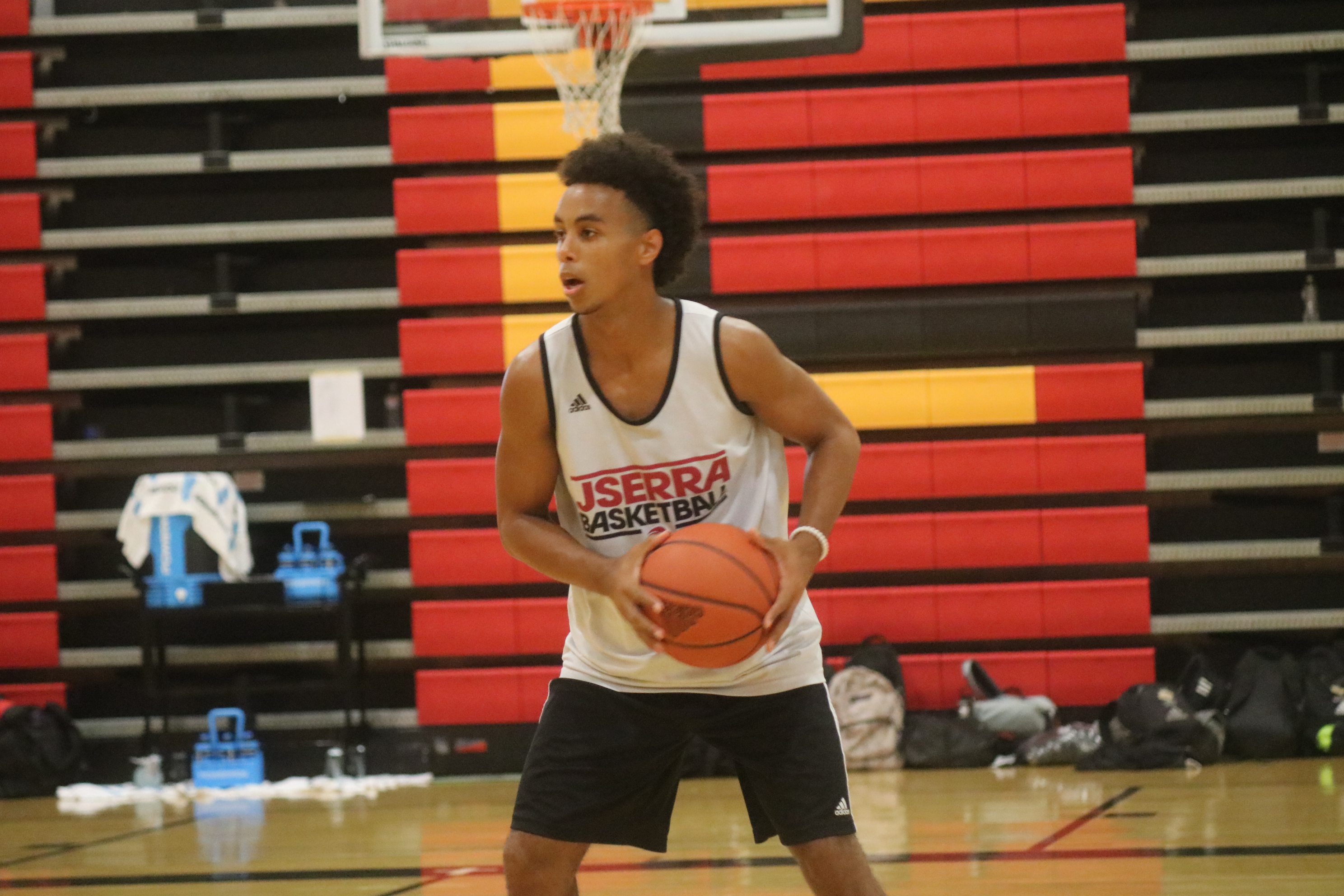 The Lions went on the road to open 2018 and came out with two victories fueled by JT Robinson.

JSerra, ranked No. 14 in CIF-SS Division 1, plays reigning league champion and Open Division and State runner-up Mater Dei on Friday, Jan. 12. Mater Dei, ranked No. 2 in Division 1, will be looking to bounce back after snapping their 69-game league win streak.

JSerra, ranked No. 4 in Division 2AA, evened its league record with a tight win at Orange Lutheran, 39-33, on Jan. 9. Friend led the way again with 20 points, and Caroline Piedra scored 11 points. Sarah Shaw contributed with 10 rebounds.

The results of the Lions game at Mater Dei on Jan. 11 were not available as of press time. JSerra’s first league home game is Tuesday, Jan. 16 against Santa Margarita.

Saddleback Valley Christian’s girls team hasn’t won a San Joaquin League game since Jan. 30, 2015. That’s a streak of 19 league losses in a row with only four wins total between then and the start of this season.

The Saddleback Valley Christian boys (13-3) won the Antelope Valley Tournament title over Newbury Park, 58-52, on Jan. 6. Jonah Tolmarie was named tournament MVP. The Warriors, winners of seven in a row and ranked No. 2 in Division 3AA, open league play against Orangewood Academy on Tuesday, Jan. 23.

The San Juan Hills boys (8-10, 1-0) took their league opener at Dana Hills, 49-45, on Jan. 10. It was tight throughout before the Stallions pushed ahead by as much as 11 points in the fourth quarter. San Juan Hills continues Sea View League play at Tesoro on Friday, Jan. 12 and at Mission Viejo on Wednesday, Jan. 17.

The St. Margaret’s boys (8-10, 3-0) earned some much-needed relief in league. The Tartans opened the season losing five in a row and eight of their first nine games. St. Margaret’s has now won six of its last seven games, including its first three league contests by an average of 33 points.

The Capistrano Valley Christian boys (12-4) had an 11-game win streak snapped against Fremont, 74-56, in the Huntington Park Silver Division championship game on Jan. 6. The results of the Eagles league opener against Orangewood Academy on Jan. 11 were not available as of press time. CVC hosts Pacifica Christian on Friday, Jan 12 and plays Pacifica Christian on the road on Wednesday, Jan. 17.