A quick check-in with the results of Thursday, Feb. 15’s playoff results in boys basketball, girls soccer and girls basketball:

Division 3A – Capistrano Valley Christian def. Godinez, 48-45: After a whirlwind Wednesday that saw the Eagles go from preparing for a road game to being named San Joaquin League champions and being awarded a home game, CVC made the most of its opportunity. It was a tight game throughout as the Eagles were down 13-11 after the first quarter, trailed by one point at halftime and tied the game going into the fourth quarter. CVC outlasted Godinez in the fourth quarter, 15-12. Troy Kihm led CVC with 16 points, and Festus Ndumanya added 11 points. CVC (21-6) travels to Bishop Amat for the second round on Feb. 17.

Division 1 – JSerra def. Dana Hills, 6-1: The defending CIF-SS champion Lions beat Dana Hills in the first round for the second consecutive season. Dana Hills scored once in the first half for a 2-1 halftime deficit before JSerra pulled away with four second-half goals. The game was played at Dana Hills due to a previous JSerra uniform violation. JSerra (17-1-2) will host Chino Hills on Feb. 20.

Division 4 – St. Margaret’s def. Kennedy, 1-0: Lauren McCaffrey scored a goal in the first half as the Tartans won their home playoff opener. The Academy League champion posted its fifth consecutive shutout and 17th shutout of the season. St. Margaret’s (18-5) will host Walnut in the second round on Feb. 20.

Division 7 – Ganesha def. Capistrano Valley Christian, 1-0 (forfeit): The Eagles were reduced to just six players in the match and were forced to forfeit. CVC (4-6-1) finished fifth in the 10-team San Joaquin League this season.

Division 2AA – JSerra def. El Rancho, 58-43: The Lions came out with force on their first round road trip to Pico Rivera. JSerra went up 20-4 after the first quarter to put its stamp on the game and cruise to victory. Helena Friend led the Lions with 19 points, Alex Iemsisanith scored 14 points and Caroline Piedra added 13 points. Elodie Lalotte contributed an even double-double with 10 points and 10 rebounds. Sarah Shaw also pulled in 12 rebounds. JSerra (20-7) will host Burroughs of Burbank on Feb. 17

Division 4A – Rolling Hills Prep def. Saddleback Valley Christian, 80-20: The Warriors ran into a top-seeded buzzsaw in the first round. SVC was down 30-3 after the first quarter and 48-12 at halftime. SVC (13-13) earned an at-large bid to the playoffs. 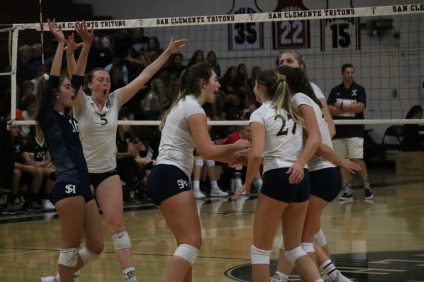