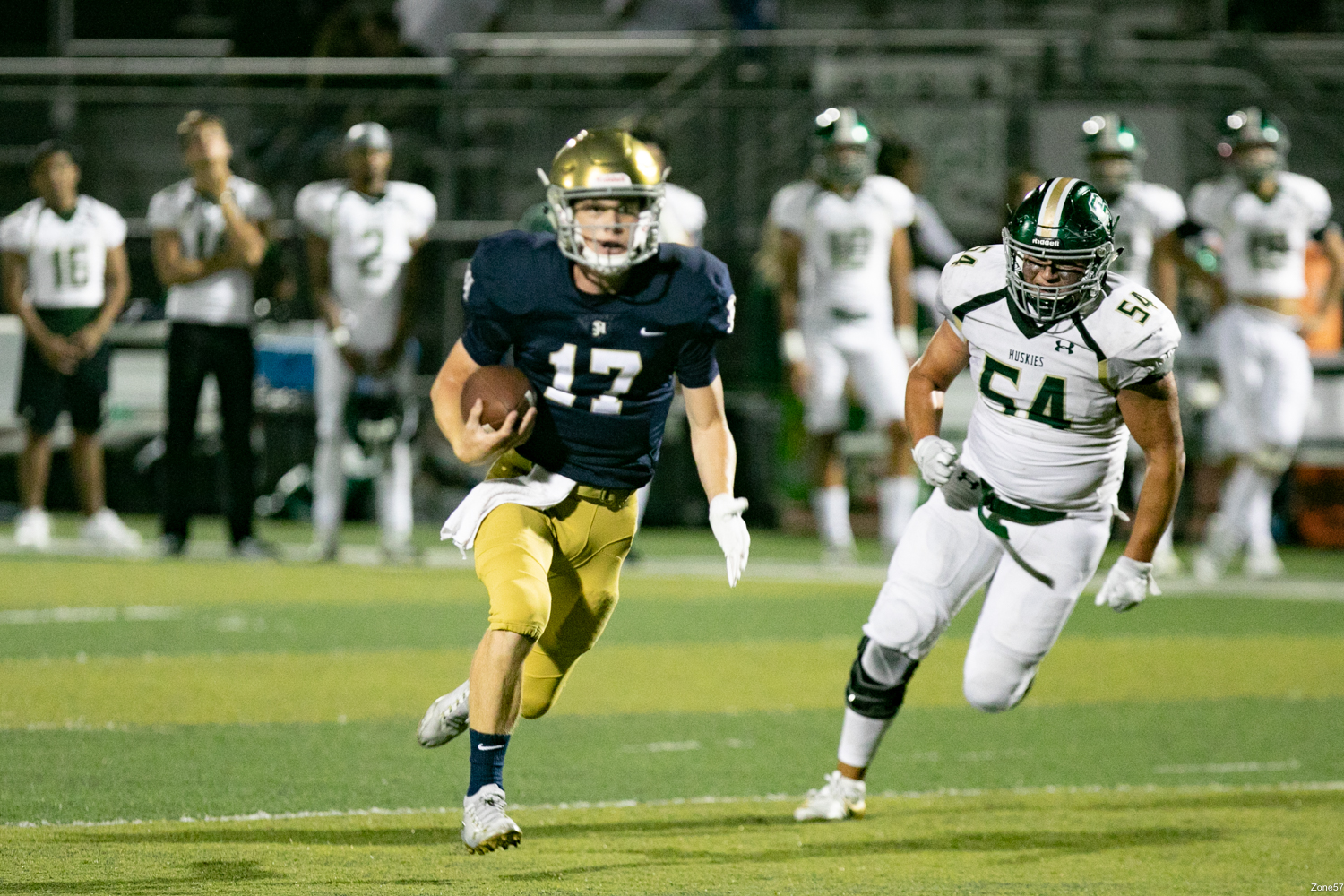 With the football season crossing or reaching the midway point for the five teams in San Juan Capistrano, let’s check in on their seasons so far and where they stand heading into league play:

The Stallions enter their homecoming week coming off a pair of stinging losses.

After a resounding win over South Hills, 42-7, on Sept. 6, San Juan Hills (2-3) was in position for another statement win over Edison with a 17-0 lead after the first quarter. Edison then turned the tables and pulled off the comeback, 24-17. Last week, San Juan Hills couldn’t get started against a motivated Tesoro team in a 20-3 loss.

The Lions come out on the other side of a talented national nonleague schedule at 4-1, and while the results have been positive, JSerra will use its pre-Trinity League bye week to focus on consistency.

However, the Lions still haven’t put it all together. Most recently against Calabasas, JSerra dominated in the first half to take a 24-0 lead, but some mistakes let the Coyotes back into the game. The Lions still won, 31-20.

JSerra hosts Santa Margarita for homecoming on Oct. 4 to open the Trinity League.

The Tartans have found their form with dominant wins over Yucca Valley (38-9) and El Toro (49-16) sandwiched around the program’s first-ever win over a Division 4 team in La Mirada (30-22). St. Margaret’s opening loss to Vista also became a win after Vista forfeited due to an ineligible player.

When Capistrano Valley Christian gets hot, it gets hot.

The Eagles (3-2) have scored more than 30 points in four of their five games and come off back-to-back wins over Glendale (36-7) and Century (41-34). CVC hosts Mark Keppel of Alhambra at Capistrano Valley High School on Friday, Sept. 27 and begins league on Oct. 19 at Webb.

SVC (1-4) has had its expected struggles, but the Warriors did beat Crean Lutheran, 22-7, in their second game. SVC hosts Bishop Montgomery at Trabuco Hills High School on Oct. 5.