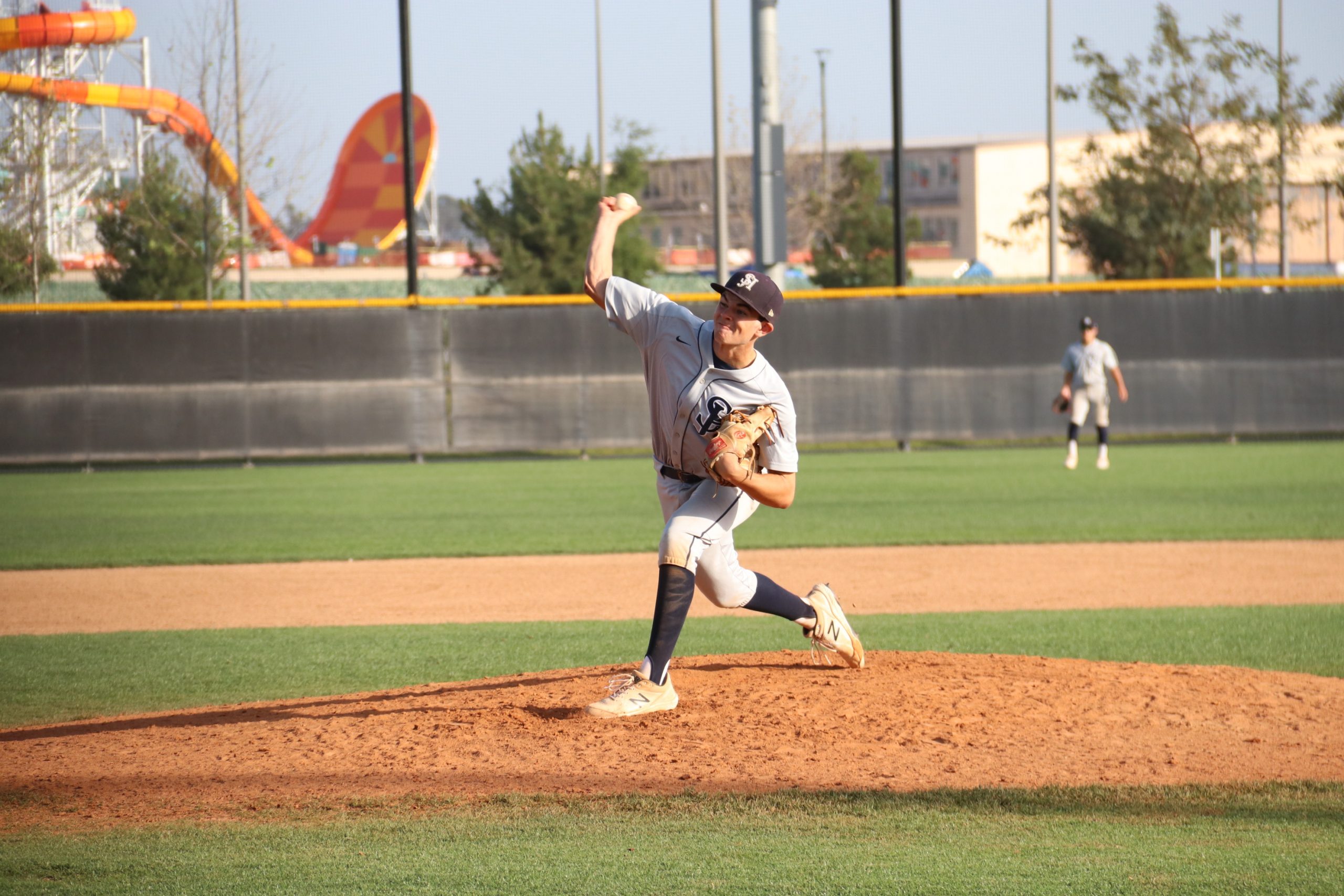 The final weeks of March were not kind to the San Juan Hills baseball program.

The Stallions suffered injuries to their No. 1 and No. 2 pitching arms in seniors Tanner Duke and Ryan Chadwick and opened the Sea View League with a 1-4 record. That difficult stretch continued into the first game of the Ryan Lemmon Tournament with a 10-0 loss to Woodbridge on Saturday, April 2.

San Juan Hills had lost five of six games and was outscored 35-5 in those contests. The Stallions had won seven of their previous nine games before that.

However, as the Ryan Lemmon Tournament continued at the Great Park in Irvine into spring break and the first full week of April, San Juan Hills found success in small ball on the way to a three-game winning streak.

The Stallions beat Bountiful of Utah, 8-4, on Monday, April 4, broke a late tie against Canyon, 7-5, on Tuesday, April 5, and closed out the tournament in big fashion with a decisive win over Irvine, 10-2, on Wednesday, April 6.

“(The injuries to Duke and Chadwick) took the wind out of our sails last week,” San Juan Hills coach Bret LeVier said, “so this tournament came at a perfect time for us to reset a little bit and see who’s going to fill those roles and step up. We brought a few guys up. We had a couple sophomores and a freshman playing. It’s been exciting to see them come in and have success this week.”

San Juan Hills (12-9, 1-4) excelled by embracing the bunt. The Stallions laid down three bunt singles against Bountiful and loaded the bases with bunt singles in a five-run inning against Canyon.

“We know that we’re going to have to play small ball as we go through each game,” LeVier said. “When we get the leadoff guy on, we’ve got to execute our bunts and move him along. We were successful yesterday, too, with three bunt base hits. A well-placed bunt is tough to defend at any level, especially high school baseball.”

JSerra baseball has responded to a disastrous start in Trinity League play. The Lions opened 1-6 in league with a sweep loss to Santa Margarita, but since then, JSerra has won two out of three from St. John Bosco and swept Servite. JSerra (11-9, 6-6, No. 9 in Division 1) now locks up once again with No. 3 Harvard-Westlake on Monday, April 11, before gearing up to co-host the prestigious Boras Classic April 19-22.