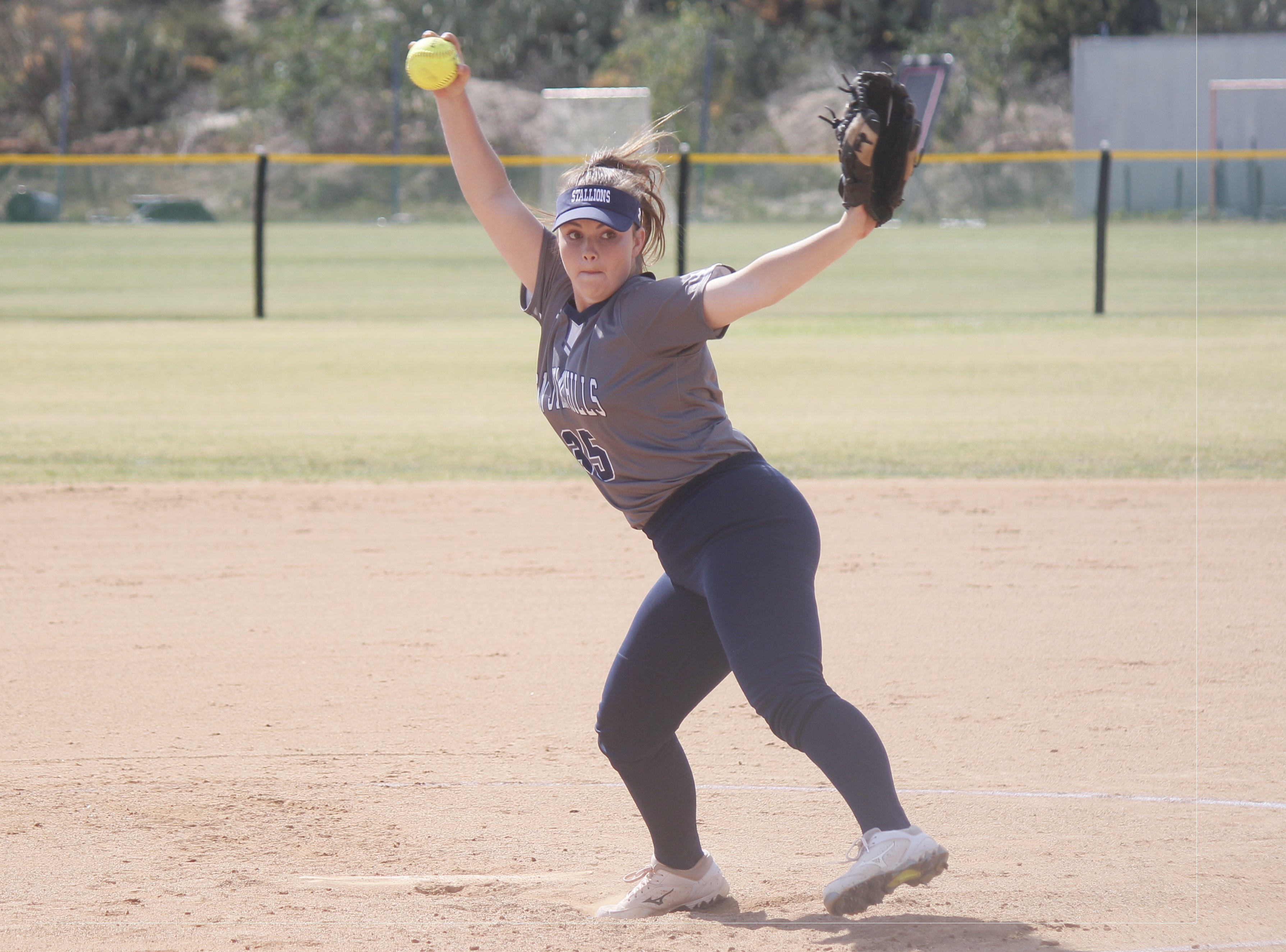 San Juan Hills softball is on the precipice of uncharted territory.

The Stallions program has never won a league title and never won more than four league games in their previous 10 seasons of varsity competition.

Through four Sea View League games, San Juan Hills is 4-0 and sits alone on top of the league standings. Stallions history could be made over the final four games of the season.

San Juan Hills, ranked No. 2 in CIF-SS Division 4, hosted El Toro on Thursday, April 26, but results were not available at press time.

The Stallions are paced offensively by a strong group of seniors that are also able to lock it down on the other side of the ball.

“Our defense,” San Juan Hills coach Kelly Hambrick said of the team’s strength. “With the seniors leading the infield, (against) Dana Hills there were two runs, Tesoro had one. Our defense and our pitching has really been able to keep us in games and let us get enough across the plate to get the ‘dub.’”

San Juan Hills has allowed only three runs in its last three league games including a shutout of Trabuco Hills on April 19.

The Stallions look to sweep defending league champion Dana Hills on the road on Tuesday, May 1.

St. Margaret’s boys volleyball took a streak of 14 wins in a row into the final of the Chadwick Tournament on April 21.

The Tartans, ranked No. 4 in Division 3, fell to Bishop Montgomery of Torrance, ranked No. 5 in Division 2, in the one-set final but got back on track with a win over San Juan Hills on Wednesday, April 25.

The Tartans have lost only three matches this season, all in tournaments, and are 8-0 in Academy League play. St. Margaret’s can clinch the Academy League title outright with a win at Crean Lutheran in Irvine on Friday, April 27.

The city of San Juan Capistrano approved JSerra’s request to host on-campus varsity football games for the 2018 season. The football team announced the decision via Twitter on Wednesday, April 25.

JSerra hosted games on its campus for the first time last season as renovations to Saddleback College’s football stadium made it unavailable to the Lions.

In 2018, JSerra will host its season opener against Corona del Mar on Aug. 17 and Faith Lutheran of Nevada in a nonleague game on Sept. 14. The Lions will host three straight Trinity League games against Servite on Oct. 5, Orange Lutheran on Oct. 12 and Mater Dei on Oct. 19.

JSerra baseball has split its eight Trinity League games so far and holds onto the No. 10 spot in Division 1.

San Juan Hills boys tennis is 3-4 in league but 12-4 overall to earn the top spot in Division 4.