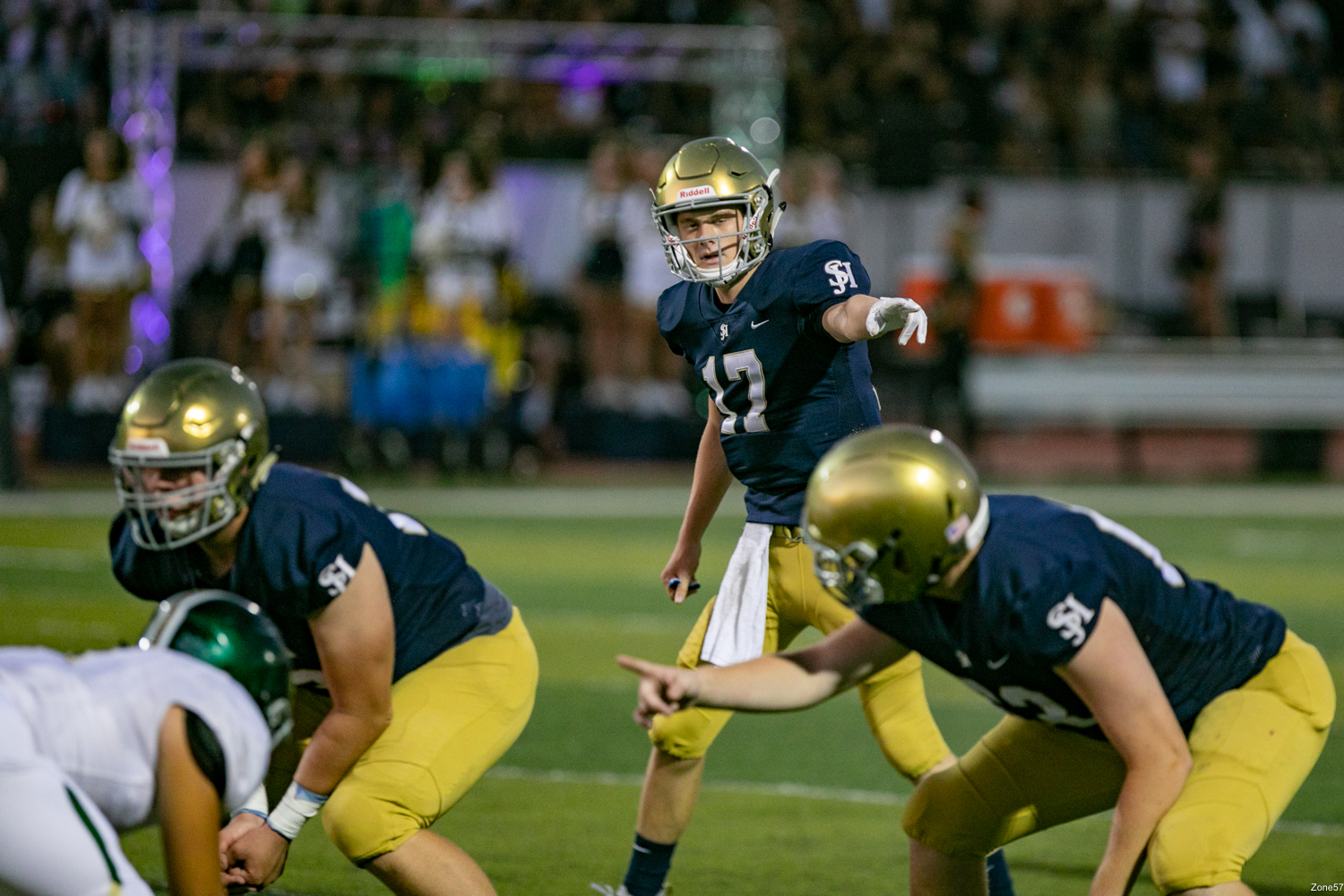 The Stallions’ victory was the first quarterfinal win in program history, as San Juan Hills (9-3) advances to its first semifinal at No. 1 seed Paramount on Friday, Nov. 22.

Washington State-commit Joey Hobert had another standout performance in the quarterfinals with two receiving touchdowns and the highlight of the game—a 101-yard interception return for a touchdown. Hobert also roped in a team-high 10 tackles.

Hudson Jones completed 15 of 16 passes for 193 yards and five touchdowns.

Paramount (11-1) has also dominated in the playoffs, with wins over El Toro, 60-10, and Roosevelt of Eastlake, 41-17. The Pirates have scored 40 or more points in eight straight games, and their lone loss was by one point in overtime to Division 1 qualifier Bishop Amat on Aug. 30.

Both the St. Margaret’s and JSerra boys and girls cross country teams advanced out of the CIF-SS preliminaries on Saturday, Nov. 16 at the Riverside Cross Country Course.

The CIF-SS Finals will be contested on Saturday, Nov. 23 at the same Riverside course.

The JSerra boys won their Division 4 heat on the strength of a first-place run by back-to-back state champion Anthony Grover. The JSerra girls advanced by finishing seventh in their heat.

The reigning CIF-SS champion St. Margaret’s boys and girls were both ranked No. 1 in their Division 5 polls entering the postseason and advanced easily, with the girls winning their heat and the boys placing second in theirs.