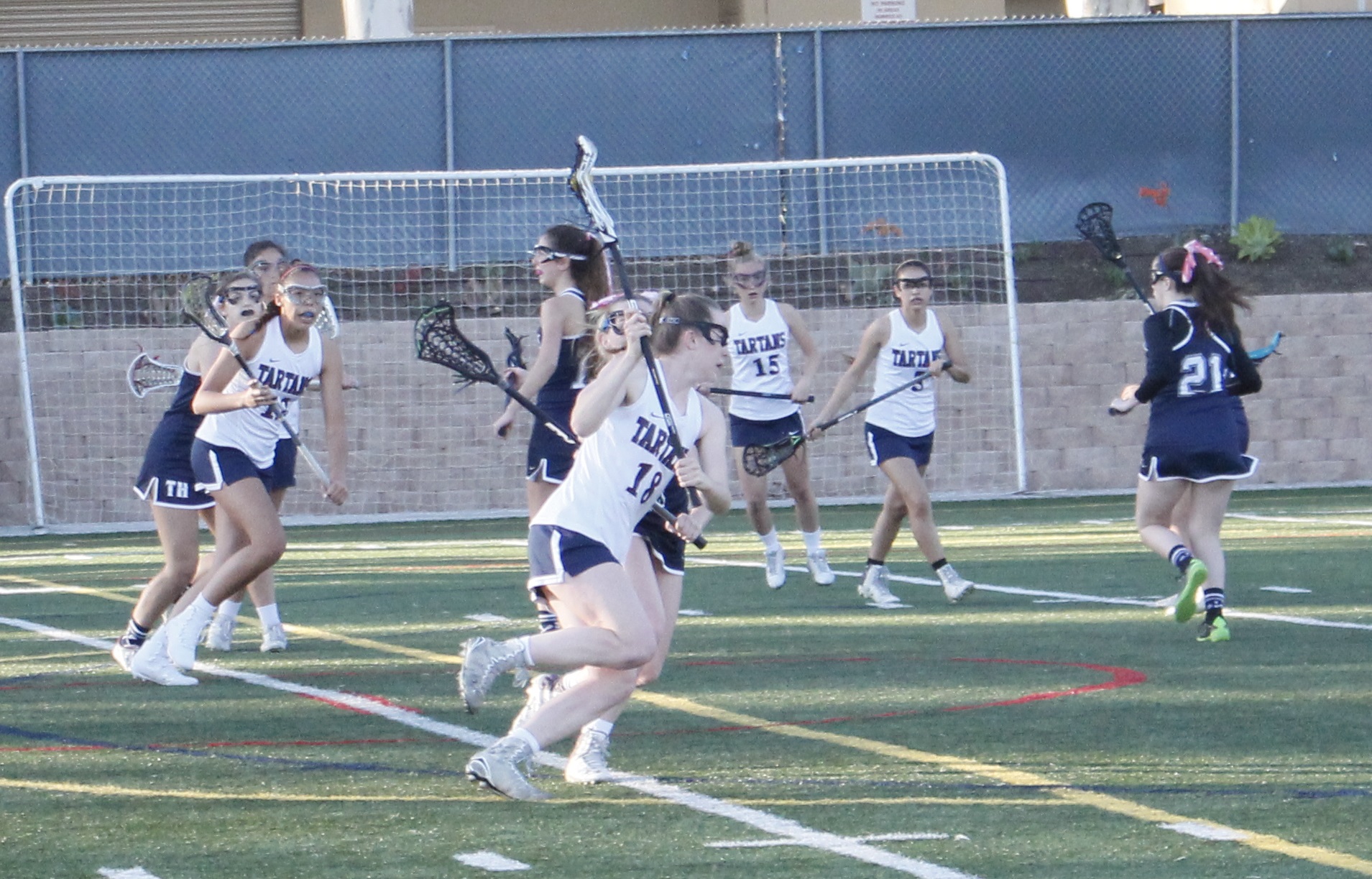 The St. Margaret’s boys and girls lacrosse teams each were voted No. 1 in Orange County in a poll by MaxLax, and both were ranked No. 1 in the CIF-Southern Section by Fox Sports West’s SoCal Prep Insider.

Each team has also proven worthy of its ranking.

The boys are undefeated at 13-0 and boast wins over CIF-SS No. 2 Loyola of Los Angeles and No. 6 Harvard-Westlake. St. Margaret’s boys will host No. 4 Foothill on Tuesday, April 17.

The St. Margaret’s boys volleyball team has continued its dominant winning ways by winning six straight games and 12 of its last 13 games.

The Tartans (15-2, 5-0) is ranked No. 5 in the latest CIF-SS Division 3 poll and have only dropped seven sets all season. St. Margaret’s two losses have come in two-set tournaments, and the Tartans set record overall is 37-7.

St. Margaret’s has not dropped a set to Academy League competition this year with five sweeps in five matches.

San Juan Hills scored three runs in the top of the first inning, three in the fifth inning and tagged on the exclamation point with an eight-run seventh inning for a 15-5 win over the Chargers.

The Stallions are ranked No. 3 in CIF-SS Division 4.

San Juan Hills faced its biggest test of league against reigning champion Dana Hills on April 12, but results were not available at press time.