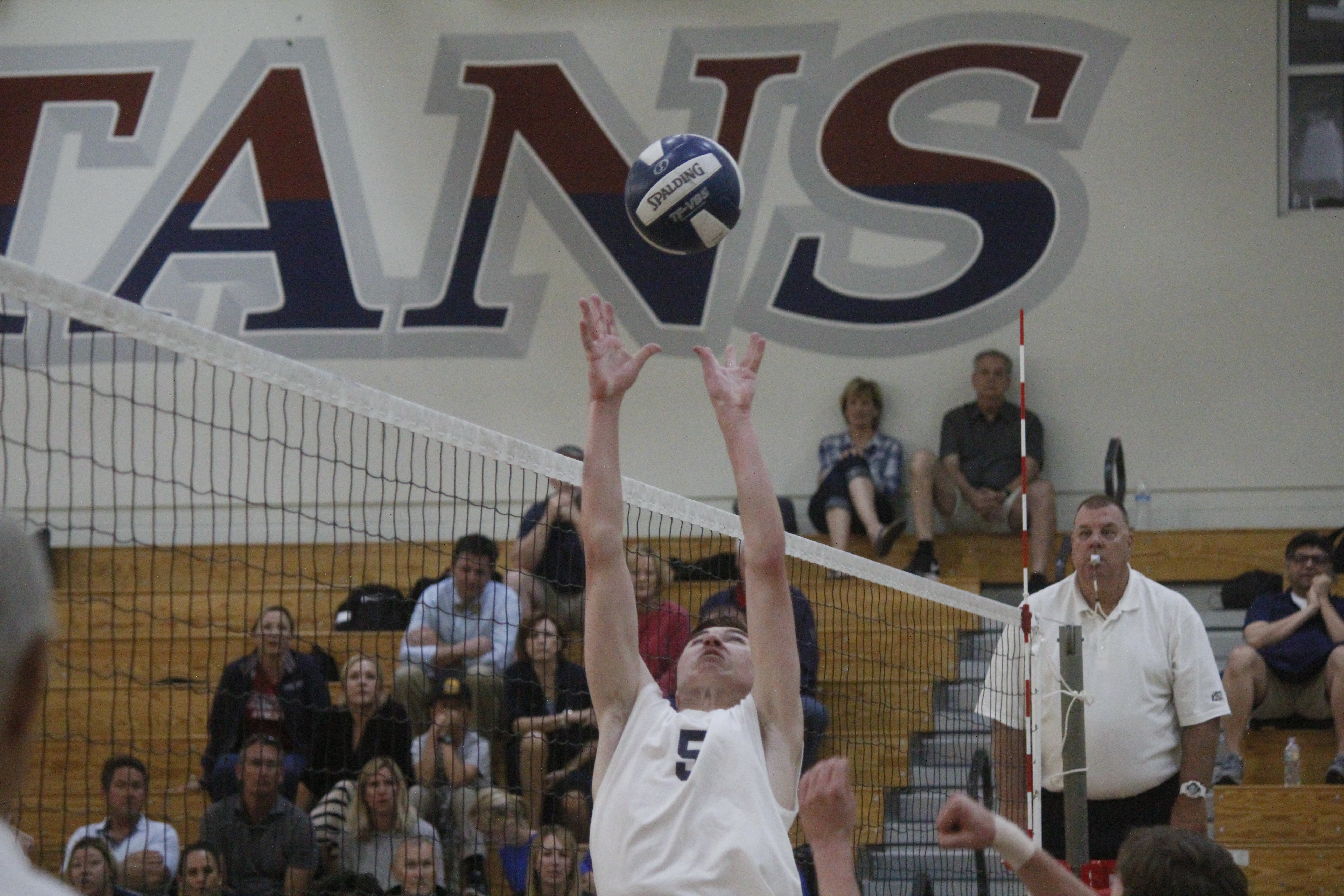 For in-game updates, news and more for all San Juan Capistrano high school  sports programs, follow us on Twitter @SouthOCSports.

San Juan Hills went on the road in Division 2 and took down Valley Christian of Cerritos, 25-16, 25-15, 25-21. The Stallions were ranked in the division for a lot of the season, but finished third in league and had tough nonleague losses late.

It doesn’t get easier as San Juan Hills welcomed the No. 3 seed Bishop Montgomery of Torrance on Thursday, May 10. Results were not available at press time. If San Juan Hills advanced, it would take on the St. Francis-Quartz Hill winner in the quarterfinals on Saturday, May 12.

SVC also welcomed in a seeded opponent with No. 2 Lakewood making the trip down on Thursday, May 10. Results were not available at press time. If SVC advanced, it would play the Calvary Chapel-Arcadia winner on Saturday, May 12.

St. Margaret’s travelled to Campbell Hall of North Hollywood on Thursday, May 10. Results were not available at press time. If they advance, Tartans play the San Luis Obispo-Bell Gardens winner on Saturday, May 12.

JSerra moved on in Division 2 on a tiebreaker against Tesoro. The Lions and Titans were even, 9-9, but JSerra won on games, 74-63. The Lions travel to Buckley on Friday, May 11.

St. Margaret’s also continued in Division 2 with a 13-5 win over Crossroads. The Tartans host Canyon on Friday, May 11.

San Juan Hills is the top seed in Division 4, but due to not being a league champion, the Stallions opened with a wild card match. San Juan Hills defeated La Habra, 13-5, on Tuesday, May 8.

The Stallions travelled to Arrowhead Christian for the first round on Wednesday, May 9 and took a close one, 10-8.