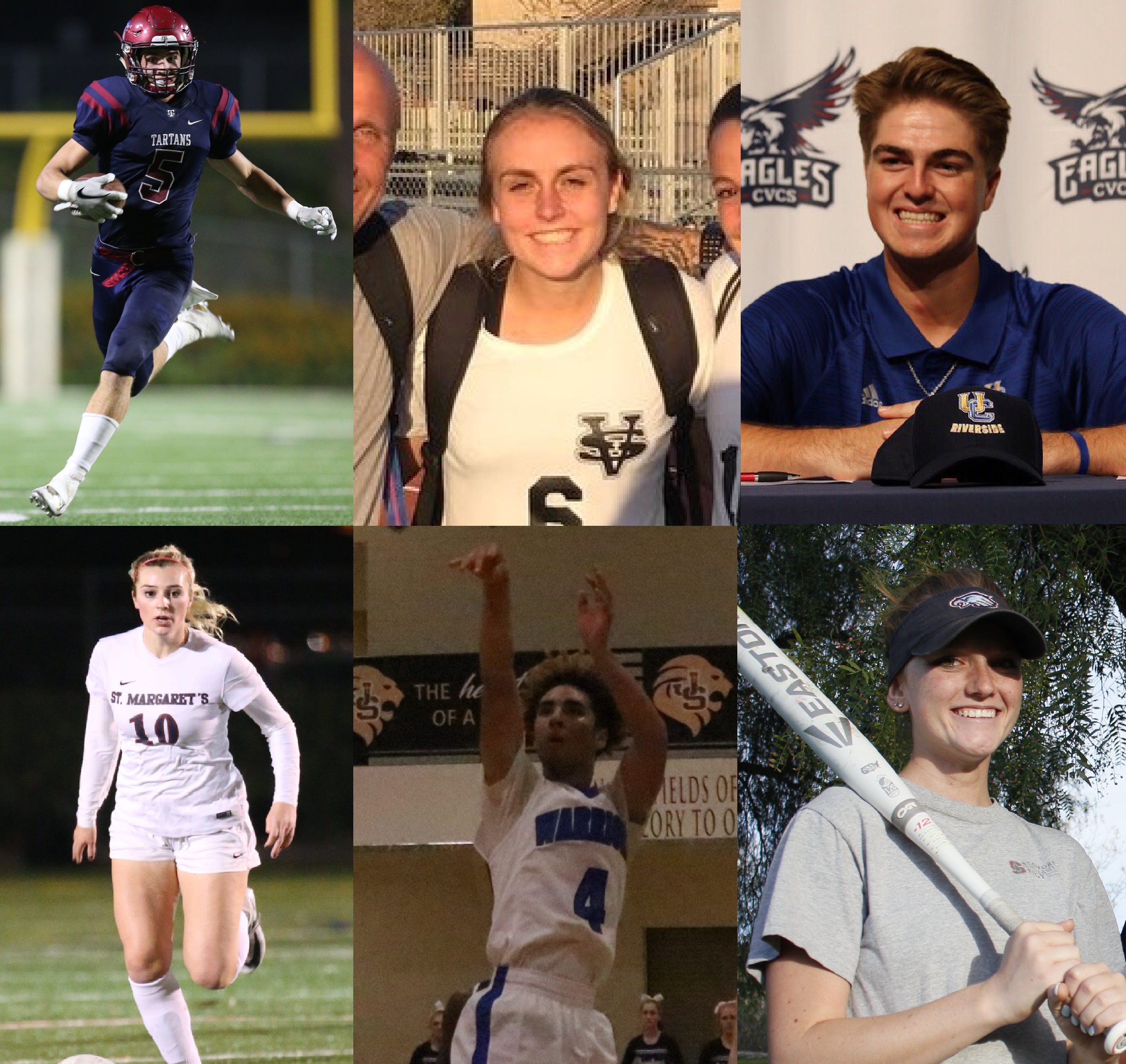 Cragun did everything except paint the lines on the field for the St. Margaret’s football team.

The senior was far and away the receiving leader for the Tartans with 1,586 yards and 20 touchdowns on 93 receptions. He also got some rushing touches.

He was a ball hawk in the secondary with five interceptions and 56 tackles. He also put in 420 total yards on kickoff and punt returns and scored five non-offensive touchdowns.

Cragun was named Academy League MVP and All-CIF in Division 7.

He will continue playing football at the University of Pennsylvania in the fall.

McCaffrey was the engine that made St. Margaret’s girls soccer team go this season.

The senior led the Tartans in assists for a second straight season and led the team to an undefeated Academy League championship and the CIF-SS Division 4 semifinals.

McCaffrey’s four-year totals put her third all-time in St. Margaret’s history with 42 goals and 48 assists in her career.

McCaffrey will continue playing soccer at Northwestern University in Chicago in the fall.

Tolmaire stood out double for the Warriors in his senior season.

In the winter, Tolmaire was a catalyst for an impressive run by the Warriors basketball team. He averaged a double-double with 13.4 points per game and 10.1 assists per game.

Tolmaire was in the county top-three for assists and steals and was named the San Joaquin League player of the year.

He will continue in the fall at Vanguard University.

In the fall, Carpentier was a valuable contributor all over the court to the Warriors volleyball team. She was all-league and won the CIF-SS championship.

In the winter, she was truly phenomenal for the Saddleback Valley Christian soccer team.

Carpentier will continue in the fall at Cal Poly San Luis Obispo.

Arnone drove the bus for the league champion Eagles.

In his senior season, Arnone was the offensive leader and a shutdown pitcher for CVC to be named the San Joaquin League player of the year.

As a pitcher, Arnone crafted a 0.49 earned run average and led the Eagles with 42 strikeouts.

He will continue at UC Riverside in the fall.

As a senior, Dungan played four sports and was also a cheerleader for the Eagles.

Dungan was all-league in soccer and softball, but her forte was on the softball diamond.

She was the team’s starting pitcher with a 2.65 earned run average and 129 strikeouts to set the single-season and career school strikeout records.

Dungan will continue at Southern Utah in the fall.