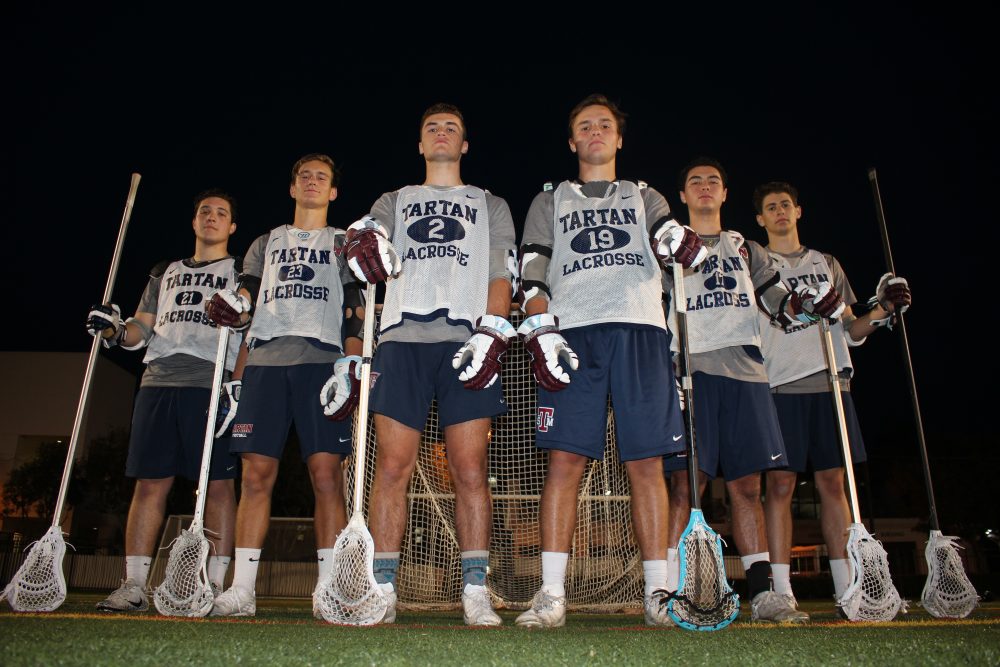 As the high school spring sports season gets underway, we profile several San Juan Capistrano-based programs that are primed for big seasons

For in-game updates, scores, news and more for all the area teams all season long, follow us on Twitter @SouthOCsports.

Stallions coach Albert Tat’s program is now in its second year of being a year-round program and not just a springtime activity. San Juan Hills also has its largest program to date with 54 players.

“We have a lot of kids that are motivated,” Tat said. “We have a lot of people that are dedicated to the sport and getting better as a team. (Being year-round) really helped build that kind of teamwork and camaraderie that we’re looking for. They’re forced to become a brotherhood.”

San Juan Hills won its first league games in five years during last year’s campaign. The Stallions were 7-10 overall and 2-6 in league.

With a young team and spending a lot of time establishing fundamentals, Tat keeps his expectations for the team realistic.

“Our expectations right now, because we’re so young, are to just be competitive,” Tat said. “Our goal is to stay close in all the games, win the games that we should win knowing that we’re going to get better in the future.”

Sophomore captain Josh Mastropaolo is a minutes-eater in the midfield. Tat said he plays Mastropaolo for about 44 of the game’s 48 minutes and puts him in almost every situation.

Junior attackman Justin Supe jumped into the offensive position from midfield. Supe is the Stallions face-off man, but he wanted to step up and fill the void.

San Juan Hills is held down on the back line by senior goalie Graham Knapp. Tat called him “unbelievable” and a Division 1 prospect.

JSerra baseball is facing a challenge no team in Orange County has ever had. How do you replace a No. 1 overall pick?

The Lions saw shortstop Royce Lewis get drafted first overall by the Minnesota Twins in last year’s MLB draft. While a baseball team is the sum of many parts, the Lions are looking for what they are in 2018.

“They have to understand they’re not him,” JSerra coach Brett Kay said. “We’ve never had that. Orange County has never had that, a kid go No. 1 overall. We’ll never have that again. Whatever your name is in the program, you have to create your own name.”

Kay said that JSerra hasn’t created an identity yet early in the season. Kay isn’t sure how the Lions will create their runs.

“This is the first time in 12 years that I don’t know what type of offense we’re going to run,” Kay said. “Traditionally, I know the west coast, small ball offense. We don’t bunt very well, and our baserunning isn’t there. It’s hard right now because it’s Jekyll and Hyde. We might score 10 runs or we might get shut out.”

Kay does like his pitching staff so far. JSerra has a mix of options to put on the mound.

“We don’t have severe power. We’ve got a lot of guys that throw strikes, a mix of three pitches for strikes,” Kay said. “We’re going to come at you with different looks and different arms. They’ve been the one constant this fall and winter. I’m pleased with that. I like our depth.”

The mound itself is a story this season for the Lions.

In the offseason, JSerra installed a full turf field, which includes the diamond and the mound. Some teams have limited the turf to the traditionally grass areas of a baseball field, the outfield and infield. JSerra has green turf for those areas and brown turf for the basepaths and pitching mound.

“It’s obviously nice. We’re playing when I don’t think anyone else is playing,” Kay said on a drizzly evening after a game against Beckman on March 2. “It’s an adjustment.”

JSerra opened the season with the Newport Elks Tournament. The Lions started with a 1-2 record.

JSerra opens play in a tough Trinity League on April 10 at Servite.

“If we can pitch and play defense and be opportunistic offensively, we’ll have chance,” Kay said.

When it comes to the legacy programs of Orange County lacrosse, the St. Margaret’s boys lacrosse team is one of those near the top.

The 2018 version of the Tartans is right up there with its reputation.

“I like the guys. I like the way we’re playing right now,” St. Margaret’s coach Glen Miles said. “We just really need to stay healthy right now. When the ball moves and we play fast, we’re pretty good.”

St. Margaret’s speed and ball movement was on display in their first game of the season, a 18-8 win at Great Oak High School of Temecula on March 6. The game showcased the ins and outs of the Tartans.

All these parts together look to have St. Margaret’s in position to contend for the Southern Section title. The Tartans won it all in 2013 and 2015.

“I think the way we like to look at that is ultimately that’s where we want to end up,” Miles said. “It’s not the initial goal going in. The initial goal is embracing the process of improvement, of being successful. Hopefully that adds up to being there at the end.”

St. Margaret’s has loaded its schedule up to prepare itself for the big games it hopes to be there for.

The Tartans travel to Corona del Mar on April 11 and host Foothill on April 17.

The St. Margaret’s boys volleyball team fell in the CIF-SS Division 4 semifinals last season, but luckily for the Tartans, it wasn’t an ending for most of the group.

St. Margaret’s graduated just two seniors and returned nine players to be set up for more success in 2018.

“You can only learn some things from experience,” St. Margaret’s coach Jeremy Dailey said. “Losing in the semifinals, if that creates a fire in our guys, that’s something that can only be created through that experience in a tough loss to end the season.”

The Tartans have a strong and balanced roster with players that can interchangeably play multiple positions. Dailey said the biggest challenge for his coaching staff is putting together its most efficient lineup.

The biggest key for St. Margaret’s is junior Ethan Hill. Dailey said Hill is being recruited by many Division 1 programs and is a dynamic player that can change any match. Hill plays outside and in the middle.

Seniors Tyler Aitken and Gavin Clarke also lead for the Tartans. Aitken is an outside hitter, and Clarke is a setter.

That’s not something you often hear from a team that went winless, 0-11, in the previous year, but SVC coach Dave Martin believes his team has built its way there.

“Our goals this season were we want people to turn heads, and we want to make a run at league,” Martin said. “I really believe we can, especially with the way the pitching has come around. Little by little, we’re rounding out to become a complete team.”

Pitching was a concern for Martin coming into the season, but he said the work by assistant coach Sonny Peterson with the pitchers has given him confidence.

“He’s taken both of the girls we planned on putting in the circle and developed the heck out of them,” Martin said. “It’s put us in a position where we can compete against just about anybody on our schedule.”

The Warriors’ top pitcher is senior Caddie Viter. Viter sat out last season and is a transfer from San Juan Hills. Martin said she also hits the ball well, fields her position and doesn’t get rattled.

Senior Haley Martnick and juniors Lauren Westcott and Victoria Verruto will be the other big contributors for Saddleback Valley Christian.

Martnick is first base and lead-off hitter, Westcott is the shortstop and Verruto is at catcher.

Martin said some players from last year were concerned about playing time when new players transferred in.

“The goal is not to replace you,” Martin said. “The goal was to get everybody to rise together. And everybody has. I’m really excited for the season.”

Capistrano Valley Christian softball coach Shannon Justice is excited about the team she has.

There is a lot of new blood on the Eagles team. So new that some basics are still on the agenda, but it brings a different energy for CVC.

“Some of them have never thrown a ball before,” Justice said. “It’s fun because they’re excited to play. It makes it exciting and fun for me. It adds a different element of teaching. They’re athletes, but they’re not softball players yet.”

It’s a lot of fundamentals for Capistrano Valley Christian. That could be frustrating for a seasoned player, but the process has brought a newfound energy for the Eagles.

“There’s no dissention or negativity,” Justice said. “It’s just how do we get better. They’re all excited and feeding off each other.”

The strengths of the team are the returners and seniors, and both are in the most important positions.

Pitcher Riley Dungan and catcher Lauren Herber form the battery for CVC, but even the seniors have something to learn as Herber moves from first base. Justice said she’s been wanting to catch for a while.

Junior Sabel Piper returns in the outfield and is the only Eagle to have played the position before this season.

Sophomore Mikaela Arnone also returns to play first base. Her twin sister Alyssa will play at third base.