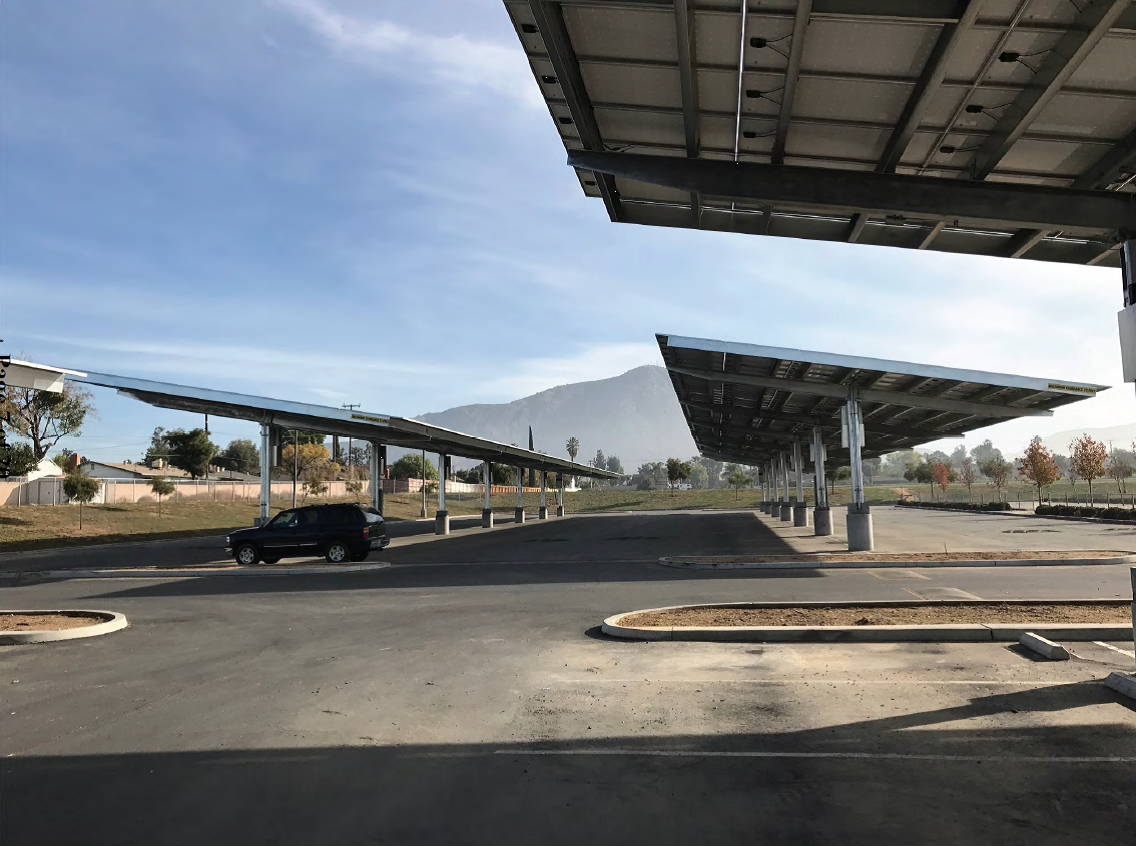 The Capistrano Unified School District is making progress on switching its headquarters and six high school campuses to solar power. The district’s Board of Trustees is tentatively scheduled to consider a contract with a solar vendor at its Dec. 6 meeting.

At the board’s Nov. 8 meeting, ARC Alternatives, the district’s energy advisor, presented an update on the Request for Proposals process for the district’s solar energy project, which entails outfitting the parking lots of CUSD’s headquarters in San Juan Capistrano and the district’s six high school campuses with solar shade structures.

The board approved funding for a solar feasibility study back in May, and on July 26, the board heard an update on that study, which found that all of the sites in question are able to accommodate the solar panels, and that the project would result in net savings for the district and reduce the district’s utility bill by roughly 44 percent over a 25-year period.

On Sept. 25 the district released its Requests for Proposals for the solar project. Russell Driver, of ARC Alternatives, reported that the district received 13 proposals on Oct. 20 from a wide variety of firms, ranging from local to national companies. Driver added that it’s the “greatest number of proposals he’s ever seen,” making it an “incredibly competitive” bid.

The district is currently evaluating the 13 proposals, so Driver didn’t share much detail about the bids on Nov. 8. He did mention that any trees removed as part of the project would have to be replaced on-site at the contractor’s expense.

Funds for the district’s solar project would come from the government’s new Clean Renewable Energy Bonds (CREBS) that are available solely for energy projects, according to staff. Driver told the trustees that the goal is for the district’s savings to pay off the debt accrued.

Driver reported that all 13 proposals received came in under the district’s $23-24 million CREBS budget, which was established based on cost estimating that was done during the feasibility study.

Members of CUSD Solar Students, a group that has been working diligently for years with district staff on the switch to solar, attended the Nov. 8 meeting to talk about the environmental, economic and educational benefits of solar power. The group originally petitioned the school district in February 2016 to install solar panels at each high school campus.

“The feasibility analysis that was presented this previous summer conservatively estimated that a CUSD solar system could save anywhere from $1-10 million over 25 years,” said Jack Hartstein, vice president of Tesoro High School’s Conservation Club. “Additionally, we received $23.4 million in Clean Renewable Energy Bonds that can go toward buying solar panels. This will make the overall financial benefit of solar even greater for our district.”

Erika Hunting, president of San Clemente High School’s Blue Oceans Club, added that having the solar panels at each high school campus will provide hands-on learning opportunities for students outside of the classroom.

“We have actually come up with plans to integrate the panels and how much energy they’re producing into course curriculum, and all the teachers at school seem to be on board with that,” Hunting said. “I think it gives a real purpose to learning and it gives a practical application to learning.

“Just coming to school and seeing the panels is something that could inspire kids,” Hunting added. “For kids to come to school and see that and know that they’re there because of other students, I think will leave a lasting message and teach students that no matter your age or background, you’re never too inexperienced to make a difference.”

Driver said after the district has finished evaluating the proposals, he’ll come back to the board’s December meeting with a recommendation of which solar vendor to move forward with.

The board’s Dec. 6 meeting begins at 7 p.m. at the district’s offices, located at 33122 Valle Road in San Juan Capistrano.

More information on the district’s solar project can be found in the board’s Nov. 8 agenda posted at www.capousd.org. Information can also be found on the CUSD Solar Students’ website at www.cusdsolar.org.