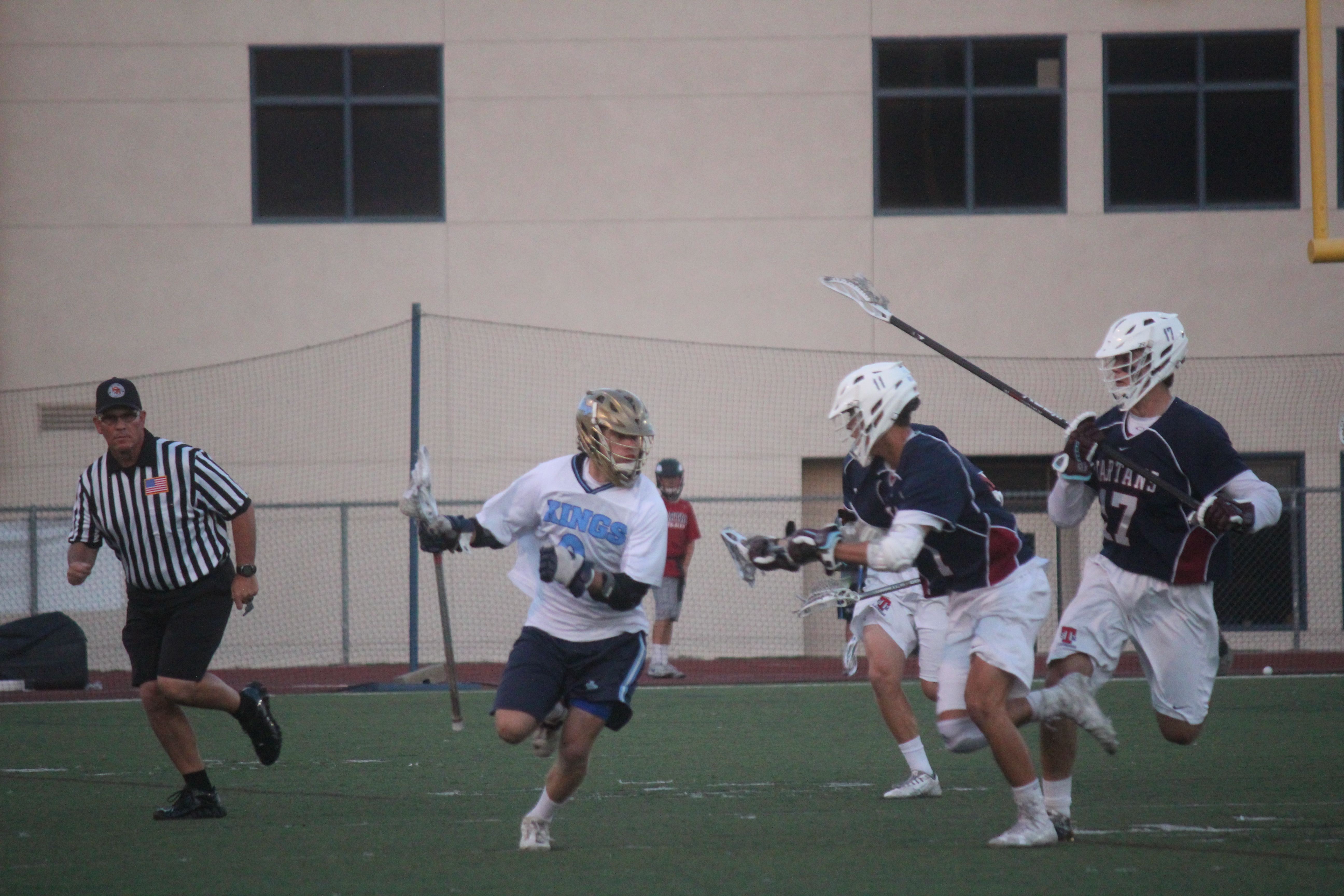 Heading into the fourth quarter of the US Lacrosse Orange County Championship game at Trabuco Hills High on May 11, the St. Margaret’s boys lacrosse team was carrying all the momentum.

In a game that was going back-and-forth the entire night, making big leads hard to come by, the third-seeded Tartans’ had just taken a one-goal advantage against top-seeded Corona del Mar, scoring twice in the final two minutes of the third. The momentum belonged to the Tartans, the defending county champions.

But Corona del Mar, powered by senior attackman Jordan Greenhall, responded to the Tartans charge in a big way.

Greenhall scored two goals in the fourth, the second proving to be the deciding factor, and the Sea Kings’ defense clamped down to secure an 11-9 victory.

Corona del Mar will face Loyola of Los Angeles in the US Lacrosse Southern Section championship game on May 14 at Valencia High School.

Trailing by one, Corona del Mar threw everything it had at the Tartans’ defense and goalie Payton Fales in the opening minutes of the fourth. Fales, a Colby College commit, made three straight saves on the Sea Kings’ first possession of the quarter until Greenhall broke free. CdM midfielder Stephen Von Der Ahe connected with Greenhall as he cut through the middle of the Tartans defense at the front of the net for the game-winning goal with just under five minutes to play.

Fales finished with a game-high 15 saves.

The game was truly a heavyweight bout. There were seven lead changes and neither team led by more than two goals.

St. Margaret’s overcame deficits of 2-0 and 5-3 in the first half to keep things close. St. Margaret’s erased CdM’s 5-3 advantage by scoring twice in the final two minutes of the second quarter. A goal by Nick Shanks with five seconds on the clock capped off the run that sent the two teams into the half tied 5-5.

The Tartans’ first lead of the game came 10 seconds into the second half, when Erik Suh won a faceoff and assisted on a Kevin Groeninger goal to make it 6-5.

Samuel Harnisch scored for St. Margaret’s following a designed play that sprung him loose from behind the net to take a 9-8 lead into the fourth quarter.

Will Favreau and Greenhall each recorded four goals and an assist to lead Corona del Mar. Shanks had a team-high three goals.