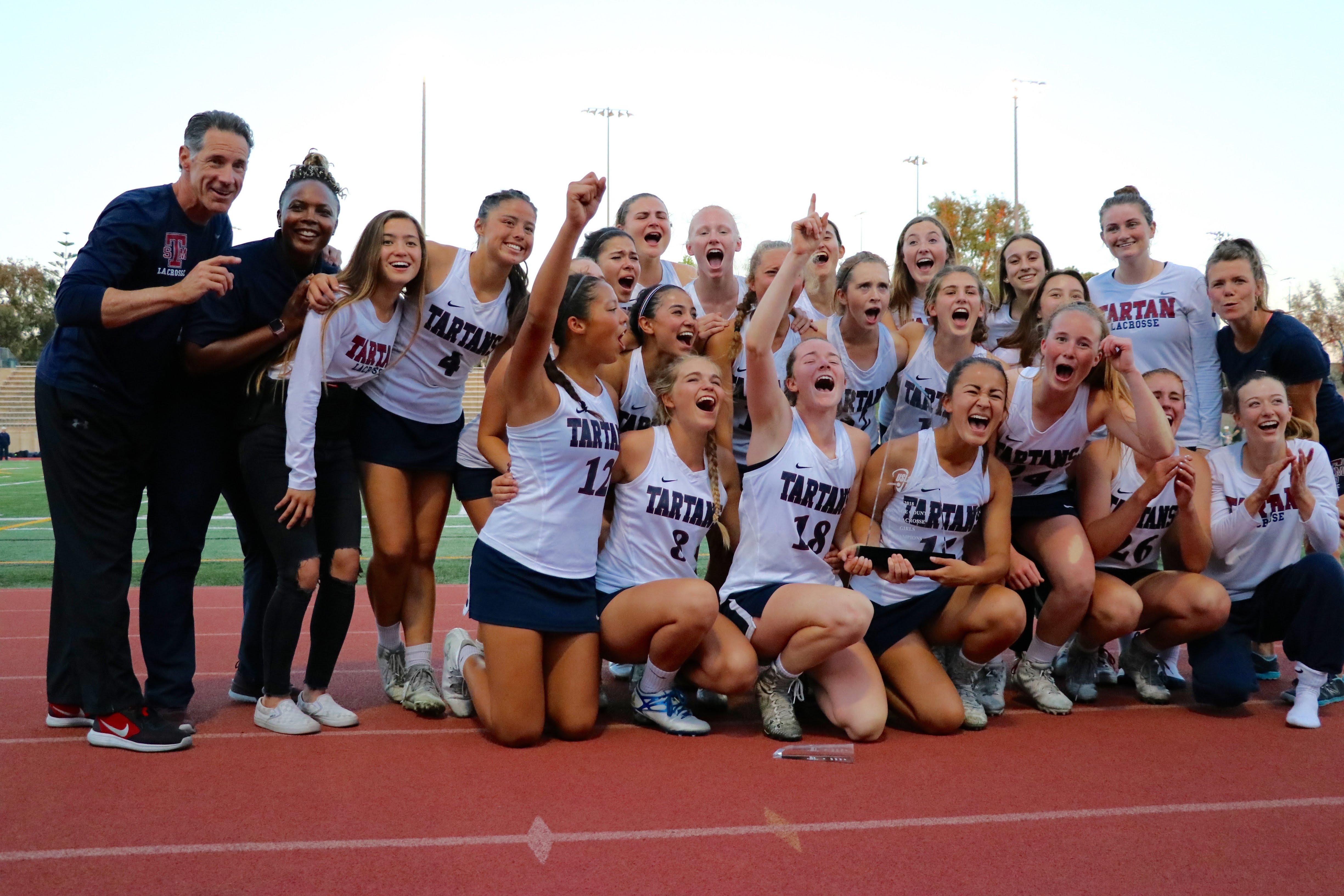 St. Margaret’s boys lacrosse coach Glen Miles found himself in two unique positions on Wednesday, May 9, both equally taxing in their own way.

Miles was set to coach the Tartans boys against Foothill in the US Lacrosse Orange County Championship at Irvine High School immediately after watching his daughter, Niki Miles, and the Tartans girls take on Mater Dei for the girls county championship.

“A long evening for me,” Miles said. “Five hours.”

Five agonizing hours were well spent as the St. Margaret’s girls overcame an early deficit to storm past and hold off Mater Dei, 14-8, and the St. Margaret’s boys dug out of a five-goal second-half hole for a dramatic double-overtime win over Foothill, 12-11, for the Tartans county double.

“It was worse watching (the girls game) than it was coaching (the boys),” Miles said of the stress levels. “You root hard for your kids. As a parent you can’t do anything, but as a coach you can try things.”

There’s another long double day in store for Miles and the Tartans faithful with the US Lacrosse Southern Section championships on Saturday, May 12 at Newport Harbor High School. The girls take on Redondo Union at 11 a.m., and the boys square off with Loyola of Los Angeles immediately afterwards.

Foothill scored five straight goals into the second half and eight of the next 10, around Tartans goals by John Edington and Trevor, for a 10-5 lead in the third quarter.

Peay scored again, and Foothill answered before St. Margaret’s made its run.

Groeninger scored at the end of the third quarter, and Kuntz scored back-to-back goals to open the fourth. After Peay’s third goal, Kuntz tied the game at 11-all.

St. Margaret’s couldn’t capitalize on a man-up opportunity in the final half-minute, so the game went into a frantic overtime.

No one found the net in the first session, but late in the second overtime, Kuntz hit Peay from behind the net for a slam-dunk game-winner and the county title.

Kuntz and Peay each scored four goals, and Peay was named tournament MVP.

In the girls game, Mater Dei took an early lead, 3-1, but Maddie Barkate scored the first three goals for St. Margaret’s, including back-to-back free-position goals to tie the game.

Mater Dei scored two in a row for a 5-3 lead, then the Tartans stormed ahead.

St. Margaret’s scored five straight goals into the second half with three from Miles for an 8-5 lead.

Mater Dei got back within one goal twice, but St. Margaret’s scored another five straight to pull away and hold on.