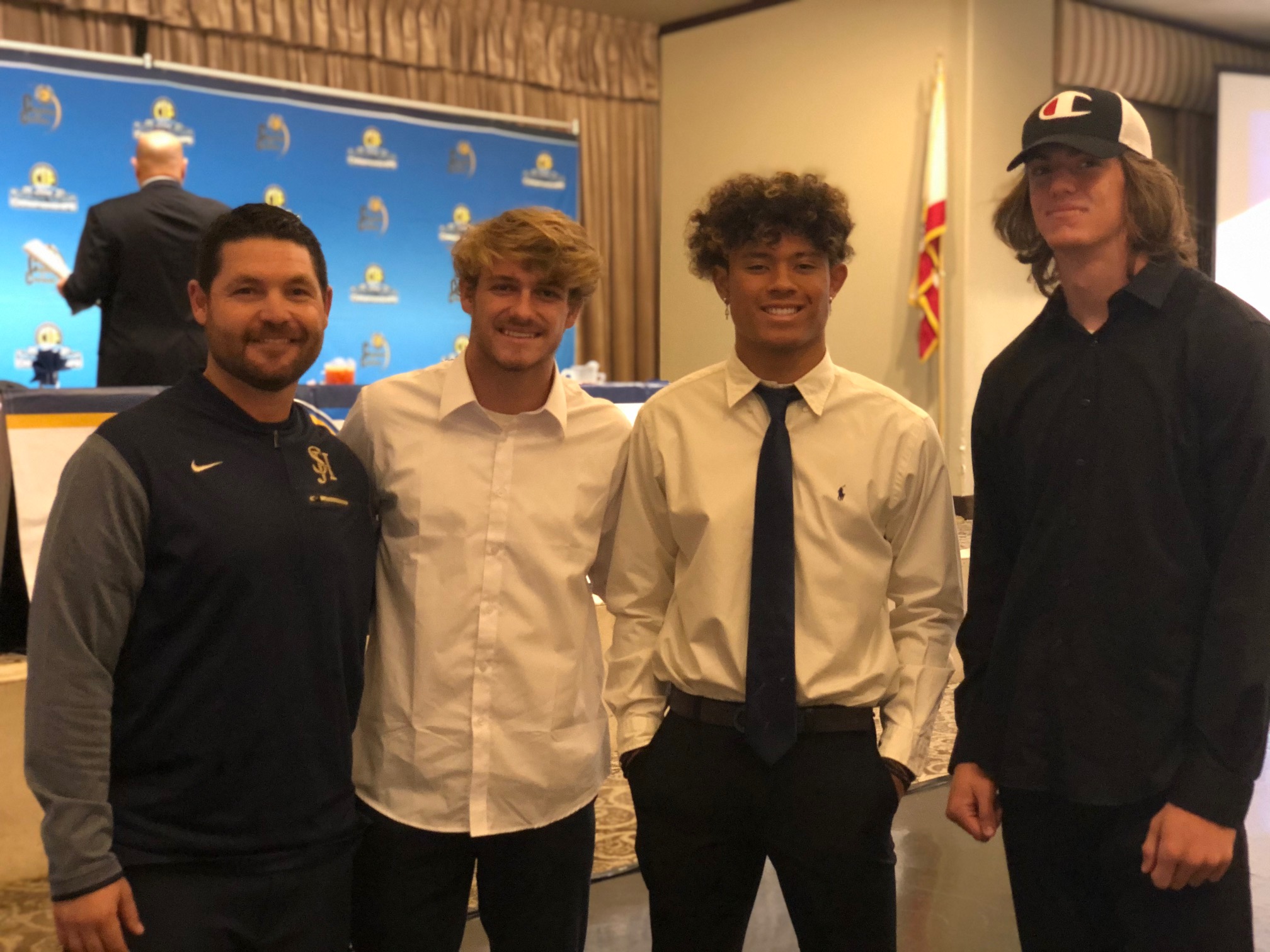 This is the first article in a series leading up to San Juan Hills’ CIF-SS Division 4 championship game at Loyola of Los Angeles on Saturday, Nov. 29 at 7 p.m. Check back each day for a new entry and follow @SouthOCSports on Twitter for coverage leading up to, during and after Saturday’s game.

“From the time the season ended last year, these guys got right to work,” Frith said at Orange County Public School Media Day on Aug. 14. “It was inspiring as a head football because our seniors took charge right away. They were very serious about their legacy.”

So it was only fitting that it was a trio of seniors – Joey Hobert, Austin Hogan and Tyler Wegis – that helped represent San Juan Hills at the CIF-SS Football Championship Luncheon on Monday, Nov. 25 in Long Beach.

“We all know that we’re not going to let anything get between us,” Hobert said of the senior group. “There’s been drama in the past with other teams that have come through, but with our team, we were going to make sure that didn’t happen. We stick together no matter what.”

Frith only joined the Stallions last season, but defensive coordinator Pete Silvey has been at the Badlands for four seasons and with this group of seniors each step of the way.

“These guys have been around and stuck together,” Silvey said. “They’ve been in the weight room together, been through the offseasons, been to the playoffs, won league championships, and their last tribute, they’re writing their own history. They’re playing until they won’t let us play anymore.”

The resolve of the veteran San Juan Hills group was tested in that game when Paramount executed a 95-yard game-tying drive in the final minutes and scored on the second play of the overtime. Backed up after an intentional grounding, the Stallions hit a 34-yard flea-flicker, Hogan ran in his fourth touchdown, and Frith supported his group by going for the win on the two-point conversion.

“I saw them call the play ‘Swordsman,’ which we ran earlier in the year and failed on it,” Wegis said. “But I knew Jake had that ball, he was going to catch it, I knew Jake was going to pull away with the win. I was proud for my friend.”

While the Paramount defense followed Hobert to the right, Hall leaked out to the left and sat underneath an easy throw from junior quarterback Hudson Jones for the win.

“It felt like (the ball was in the air) forever when I first saw it,” Hogan said. “When I saw him catch it and secure it, I just knew every day we ran it in practice, and it finally came out to work and got us a victory.”

San Juan Hills will fight to get at least one more victory on Saturday, and it would be a crowning achievement for possibly the most accomplished senior class in Stallions history.