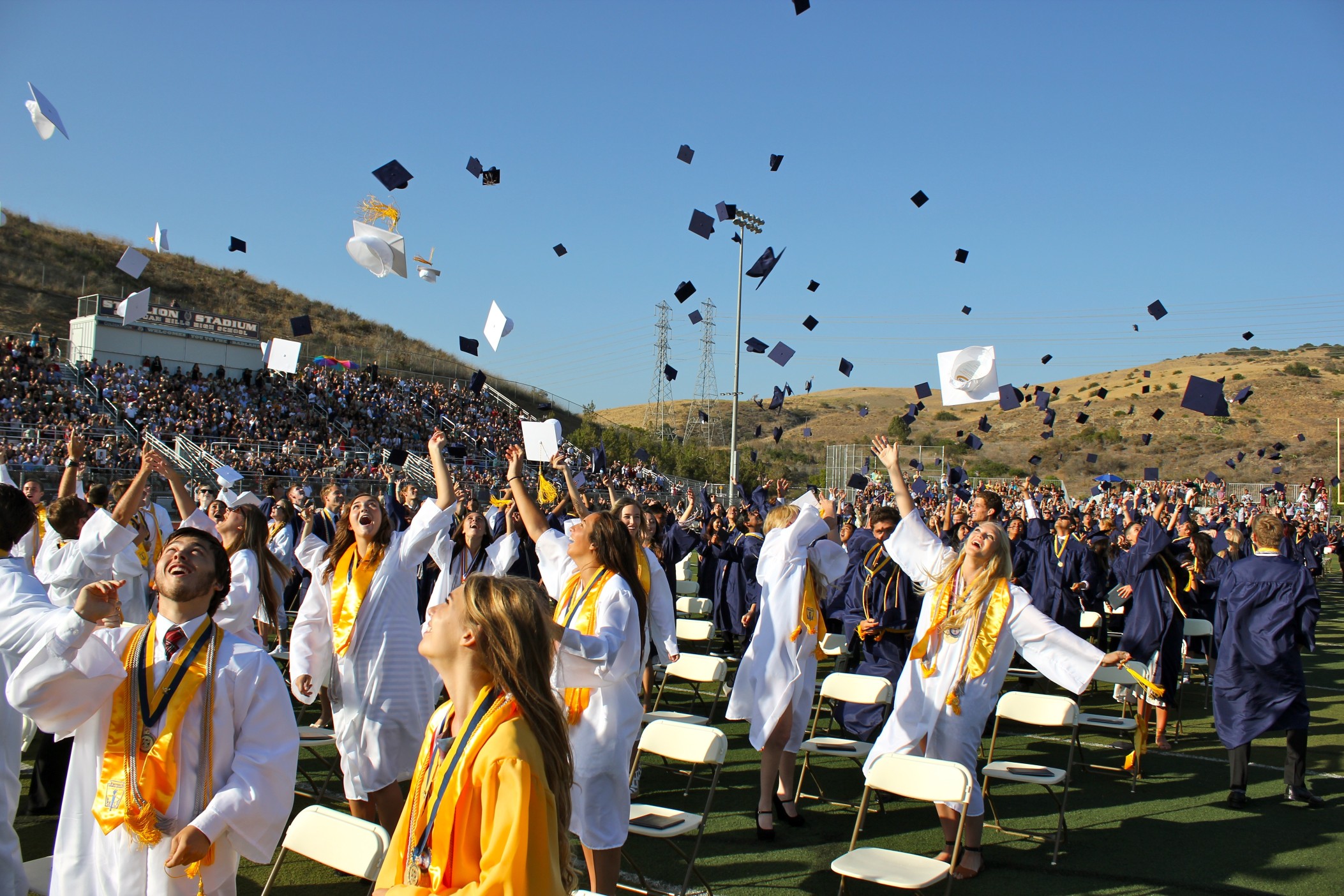 Setting the Standard: The Class of 2014

San Juan Hills High School has only been around for seven years, but with each graduating class, there have been plenty of breakthroughs and “firsts.”

And while the school continues its upward swing, academically and athletically, the class of 2014 has set a high bar for future Stallions and proudly proclaimed they were second to none.

On Tuesday, June 24, 457 graduates, along with their families and friends, gathered at Stallion Stadium, nicknamed “The Badlands,” to celebrate four years of academic achievement, success on the sports field and contributions to the community.

Previous commencement ceremonies were held at the Bren Center at UC Irvine, but the class of 2014 became the first class to graduate on their home turf. It was on that turf, too, that the Stallions football team became the first in school history to win a Sea View League title.

These pioneering Stallions were the first to enter high school as part of a full campus—freshmen, sophomores, juniors and seniors—and as Capistrano Unified School District Trustee Jim Reardon noted, they are the first, among thousands of high school graduates, to be educated entirely in the 21st century.

Student speakers focused less on the days ahead but used the occasion to memorialize their accomplishments and celebrate each other—they reminded the crowd that they were the first and only three-time winners of the school’s annual “Clash of the Classes.”

But what makes the class of 2014 truly unique, was their character, said Principal Tom Ressler.

“While we should all celebrate these accomplishments, we must always also remember that the true mark of this day is not whether you had the highest or lowest GPA, it’s not whether you won or lost the game,” Ressler said. “The true mark of this day is that each one of us have discovered that being a good and caring person is what will live on and what will give lasting meaning to anything and everything we do in the future. Class of 2014, thank you and congratulations. San Juan Hills is and will always be a better place because of you.”

Check out our special graduation issue, embedded below (if the issue does not load properly, click your browser’s refresh button):