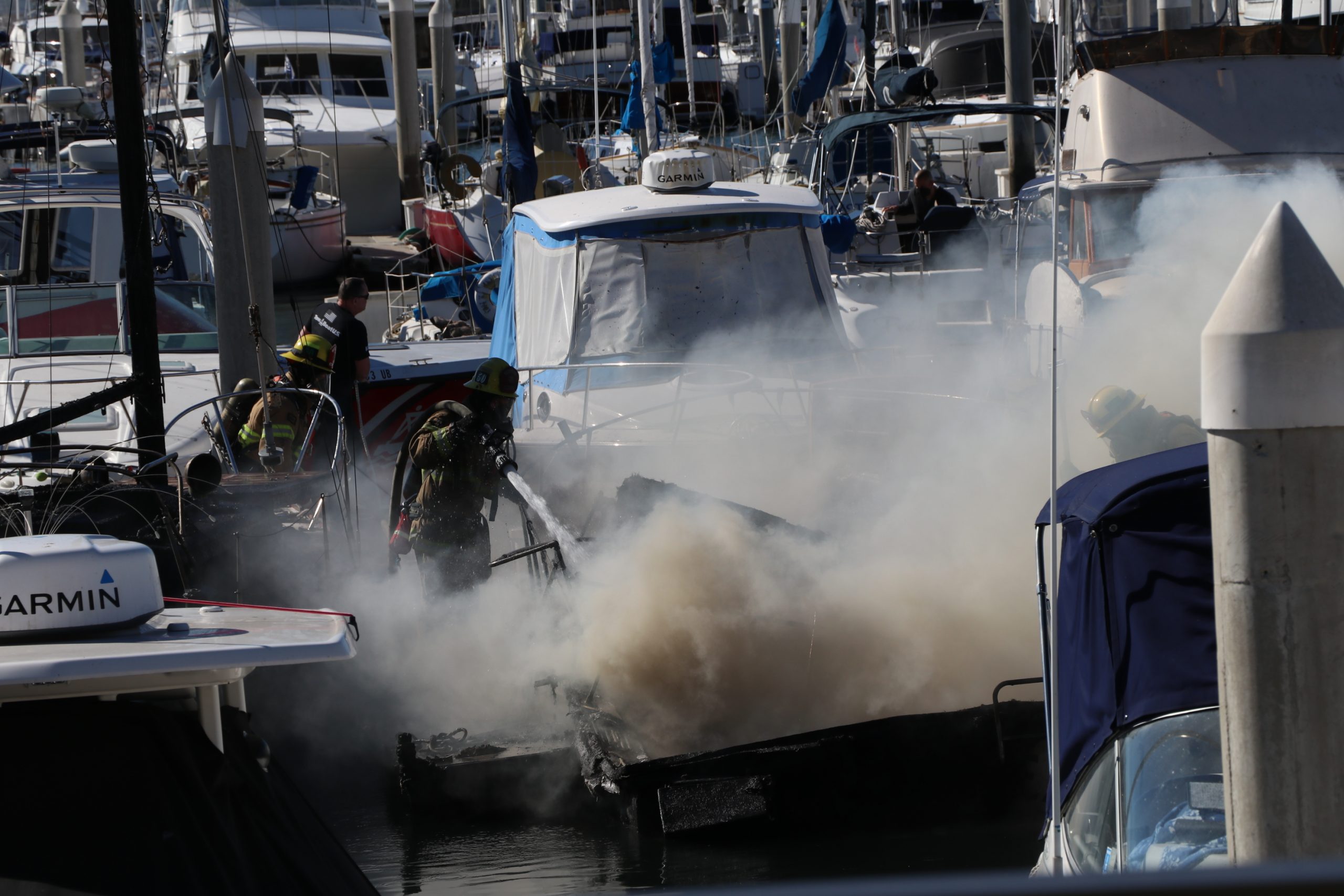 Black clouds of smoke could be seen from several miles away as emergency crews responded to reports of multiple boats on fire in the Dana Point Harbor on Thursday, Feb. 18, at approximately 9:30 a.m.

According to several witnesses on the scene who spoke to Dana Point Times, an explosion occurred in the west basin of the harbor, damaging some of the neighboring docked vessels. Orange County Fire Authority officials also confirmed reports of an explosion, and Sgt. Dennis Breckner of the Orange County Sheriff’s Department confirmed the incident occurred on the B Dock at Slip 44.

Jim Cherry, 74, of San Juan Capistrano says he was about 50 yards away when the explosion occurred.

“I saw an engine hatch blow way up in the air, a pretty big piece of fiberglass, and from there, it was just raging,” Cherry said. “Man, it went fast. (I’m) just hoping it was a faulty bilge pump switch that sparked, which could trigger an explosion like that. The one that (exploded), I mean, all that’s left is the handrail.”

“Seven boats burned; at least two are completely destroyed,” said Thanh Nguyen, OCFA public information officer. “One person was assessed by a firefighter paramedic, but declined to be transported to a hospital.”

Nguyen stated that a cause has yet to be determined and is currently under investigation.

William Serafine, 71, of San Clemente, was out for his daily walk when he says he thought he heard a motor cranking.

“Pretty much almost instantly, that boat exploded. I turned around and saw it go up,” Serafine said. “The explosion was huge. I could hear a crank, which wasn’t unusual, but then I heard this explosion.”

According to Serafine, crews arrived on scene about 10-15 minutes after the explosion. OCFA reported that the fire was extinguished at approximately 10 a.m.

While the rising smoke was dauntingly visible, officials say there is no concern for impacts to air quality at this time.