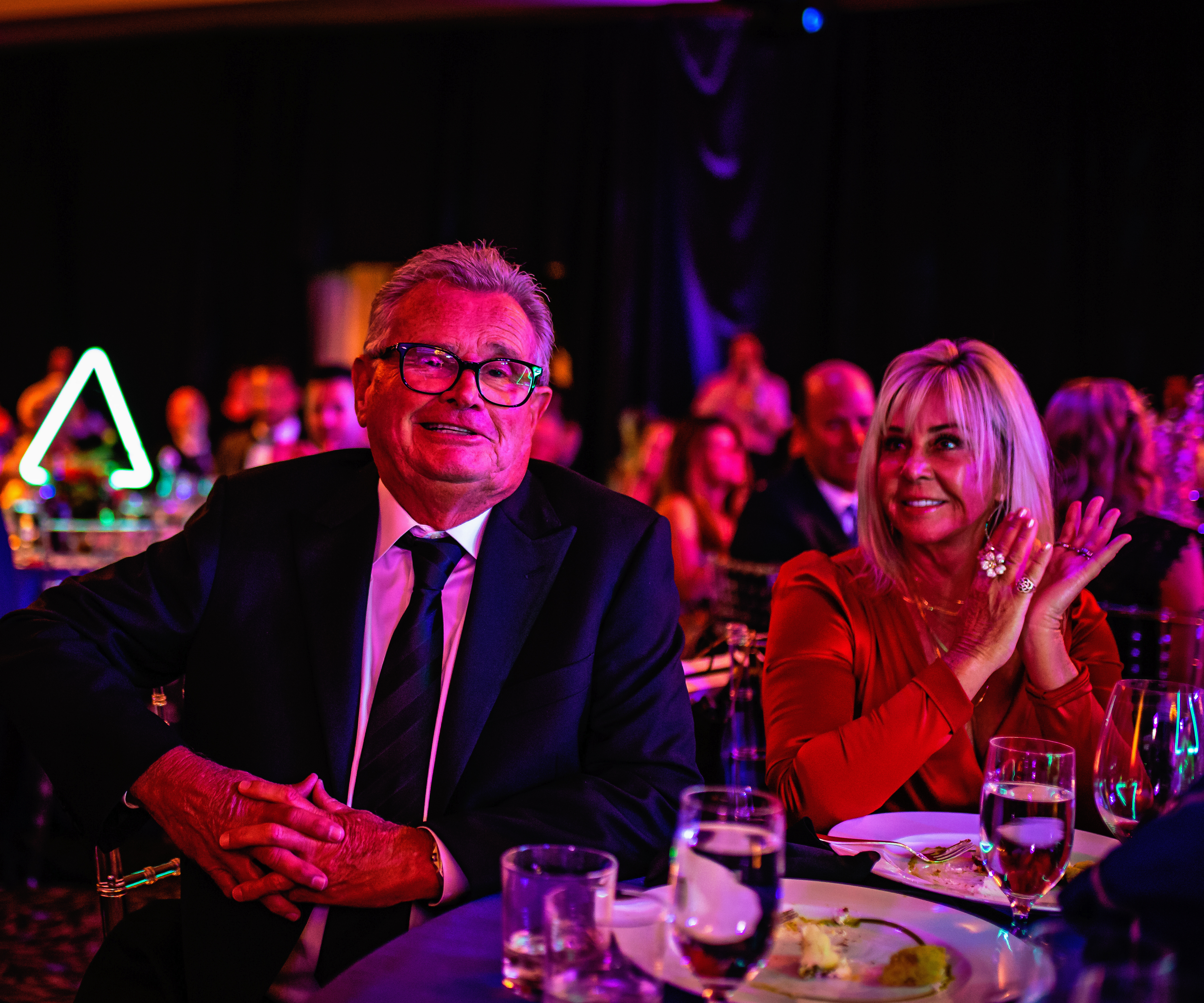 More than 400 guests and Shea Center sponsors came out to the Montage Laguna Beach Grand Ballroom on June 1 for the riding center’s Don’t Stop Believin’ Gala—named after famed rock band Journey’s hit song, as the theme this year was 1980s music.

The Don’t Stop Believin’ Gala “also honors the positive outlook and courage of Shea Center clients and their families, who never stop believing in their abilities and potential successes,” the Shea Center said in a press release.

The Shea Center, which turns 41 this year, provides rehabilitative programs for those with disabilities through equine-based therapy, as well as physical, occupational and speech therapy. The center is supported primarily through the donations of private citizens.

The center raised the $1 million through a silent auction of nearly 200 donated items that included a collection of fine wines and high-value luxury goods. Guests were able to bid on jewelry from Winston’s Crown Jewelers and David Yurman creations, as well as South Coast Plaza gift certificates to Giorgio Armani, Coach, Ralph Lauren, Jimmy Choo and Tod’s.

Romantic getaway packages for the Ritz-Carlton in Laguna Niguel and Les Saisons in Sun Valley, Idaho were also offered.

During the event, the Shea Center also handed out its annual Michael Lewis Friends of the Disabled Award—named for the center’s first rider in 1978—to Jeff Cunningham of Laguna Beach.

“Jeff Cunningham gets things done,” Shea Center Executive Director Dana Butler-Moburg said in the release. “He looks at the impossible and makes it possible. He leads with grace and integrity; he’s a leader to admire and truly one of the good guys!”

The award is meant to recognize the contributions of individuals, families and companies that have made positive impacts on those with disabilities.