KEEP THE PEACE
Paseo Terraza, 31700 Block (3:02 p.m.) A caller phoned deputies when a neighbor was cutting down palm trees and letting them fall onto the caller’s fruit trees. The caller asked him to stop and he refused.

DISTURBANCE
Paseo Del Mar, 26300 Block (10:58 p.m.) A group of juveniles with skateboards were in the pool area. The caller suspected the kids were also trying to break into the leasing office.

DISTURBANCE
San Juan Creek Road, 28000 Block (1:32 p.m.) A YMCA employee phoned deputies after finding a cell phone. The caller reported some sort of teen party may have happened on the Ambuehl Elementary grounds the night before as beer cans were also found.

DISTURBANCE
Paseo Carolina, 32100 Block (7:42 p.m.) A patrol check was requested for men in the back alley who the caller said appeared to be gang members dealing drugs to kids in the neighborhood.

PETTY THEFT REPORT
Valle Road, 33500 Block (8:04 a.m.) Deputies called to the scene to take a petty theft report were instructed to see the man in the bathrobe.

SUSPICIOUS PERSON/CIRCUMSTANCES
Calle Arroyo, 27400 Block (9:07 a.m.) A man in a sober living house was under the influence of synthetic marijuana.

DISTURBANCE
Oso Road, 26200 Block (3:21 p.m.) Two subjects were riding motorcycles in the open space near the Sycamore Stables and heading toward the orange groves.

SUSPICIOUS PERSON/CIRCUMSTANCES
Camino Capistrano/San Juan Creek Road (8:23 a.m.) A group of juveniles on skateboards had placed a large rock in the middle of a bike path, causing a hazard to bikers.

SUSPICIOUS PERSON/CIRCUMSTANCES
Paseo Sonata, 27500 Block (4:24 a.m.) A caller reported that a residence possibly had 10 to 20 squatters living inside.

DISTURBANCE
Camino Capistrano, 33100 Block (9:06 p.m.) An employee of the Coach House called about a drunk and irate customer who refused to leave.

KEEP THE PEACE
Calle Perfecto, 32800 Block (11:41 a.m.) A man attempted to pick up his vehicle from a towing company, but they would not release it because they did not have any drivers available to move it.

DISTURBANCE MUSIC OR PARTY
Calle Delphina, 26500 Block (9:25 p.m.) A caller reported a loud party and also stated that the house the party was being held in was a known gang and drug house.

SUSPICIOUS PERSON/CIRCUMSTANCES
Via Los Santos, 32400 Block (7:48 a.m.) A man had been standing on the corner, staring at the corner house for 15 minutes.

DISTURBANCE
Oso Road/Camino Capistrano (9:28 p.m.) A group of drunken people were being loud and yelling at passersby.

SUSPICIOUS PERSON/CIRCUMSTANCES
Via La Mora, 31400 Block (8:34 p.m.) A woman reported that an unknown subject was knocking on her door and it was frightening her.

SUSPICIOUS PERSON/CIRCUMSTANCES
Del Obispo St., 31800 Block (10:21 p.m.) An apparent transient was sleeping in a restaurant and refusing to leave.

DRUNK IN PUBLIC
Ortega Highway/Del Obispo Street (7:57 p.m.) A man in his 50s was seen walking around with a black and blue face. It looked like he had been beaten up a while ago.

9-1-1 HANGUP
Camino Capistrano, 31400 Block, (4 p.m.) A woman called from a payphone at a liquor store and yelled obscenities at the dispatcher. There was no answer on call back. 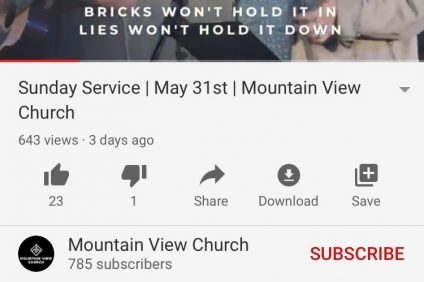