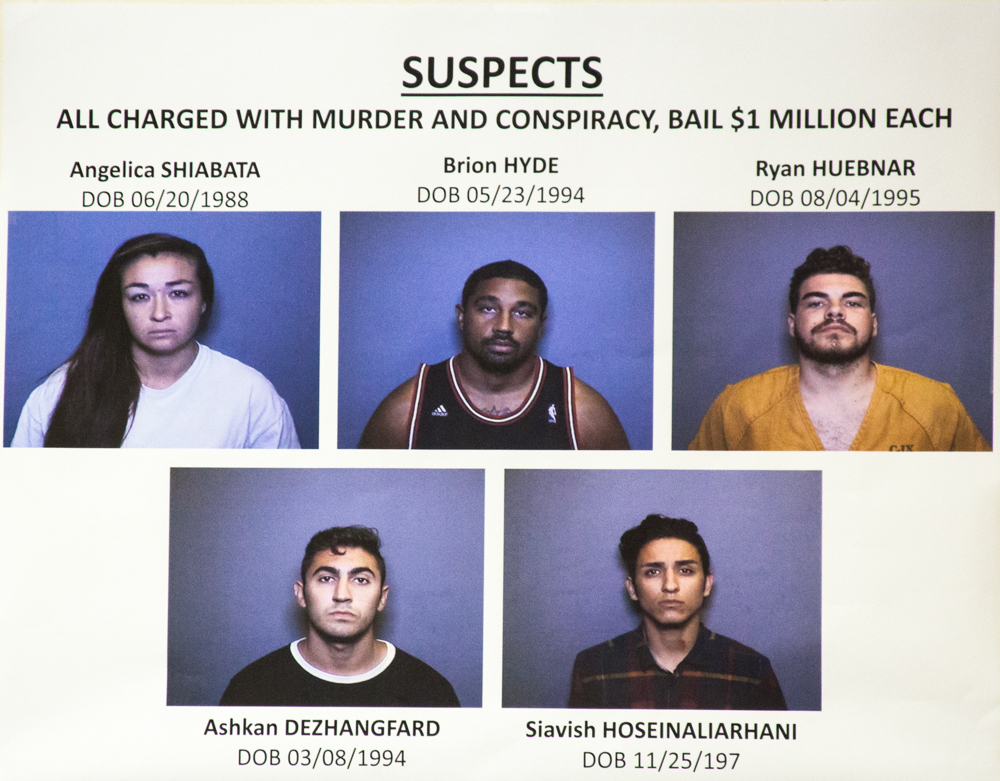 Each defendant faces a minimum sentence of life in state prison without possibility of parole. Court dates have yet to be determined.

“In the early morning hours of July 12, Shibata is accused of asking Rios to meet her in an abandoned area near a bike path in San Juan Capistrano,” officials said. “The defendants are accused of waiting for the victim to arrive.”

Prosecutors said Rios was stabbed numerous times and died at the scene. Each of the defendants is accused of fleeing the scene. On July 13, a jogger found Rios’ body and contacted the Orange County Sheriff’s Department, which investigated the case.

For details on the homicide investigation that led to the arrest of five of the suspects, read our July 22 story here.