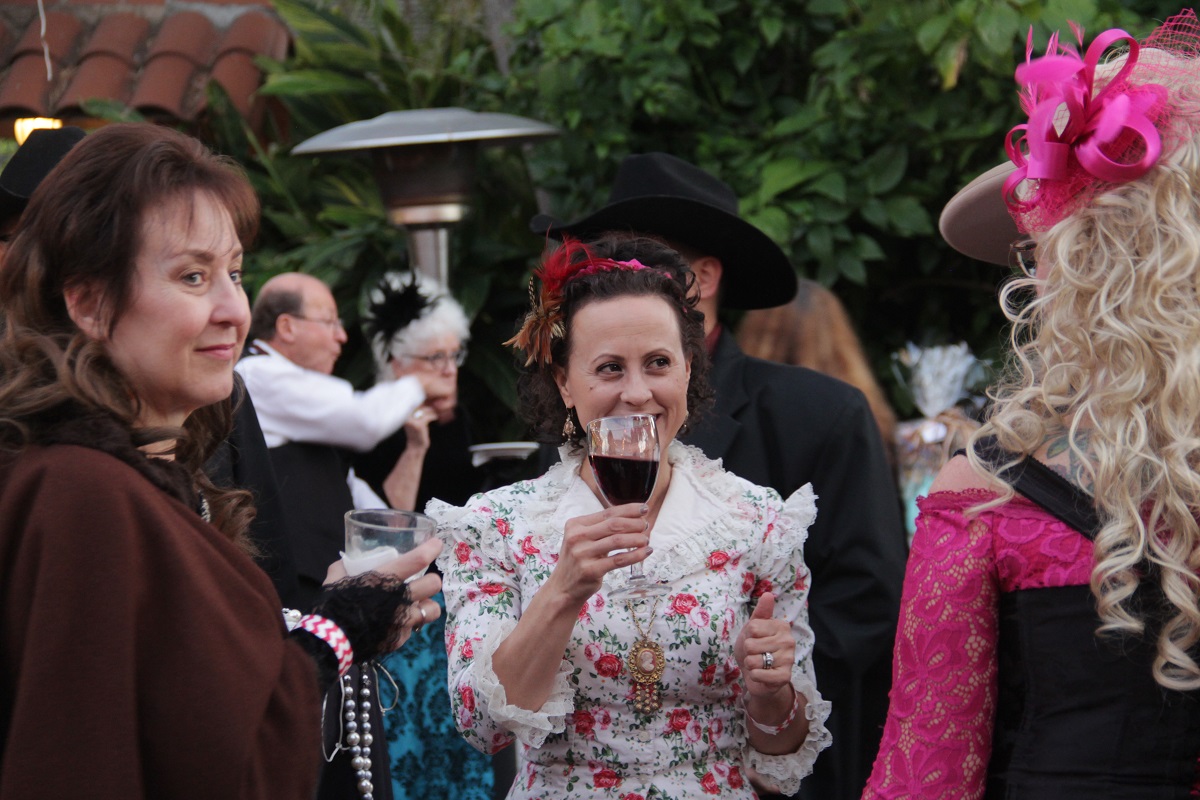 The yearly event, which leads up to the 61st Annual Swallows Day Parade on March 23, wound the clocks back to the days of the Old West as guests enjoyed an evening of eating, drinking and dancing under the stars.

“I love the way people are dancing, and everybody’s in such a good mood, and I love the costumes; they are amazing,” said Silvia Mazzeo Pule, the grand marshal for this year’s parade.

The Fiesta Association handed out awards to the best-dressed man and woman. This year’s honors went to Terry Deiser, the owner of San Juan Fine Art Gallery, and Vince Acosta, who donned an late 19th century-style military uniform.

The band Electric Tumbleweeds provided classic Country and Western swing music. Those in attendance also bid on items donated from many local businesses in a silent auction to help the Fiesta Association raise funds for the parade and the other annual events it puts on.

Deborah Spellum, the Fiesta board member in charge of organizing the ball, described the evening as a success, crediting the work of the Fiesta Association volunteers for making her job easier.

As the 2019 Senor San Juan, Tony Leone noted that, this year’s Presidente Ball was a bit more meaningful to him than previous ones he had attended.

“It’s amazing to know there’s (this) many nice people in one place at one time,” he said, adding that this year’s ball was “the best I’ve been to … this one was really lively and fun.” 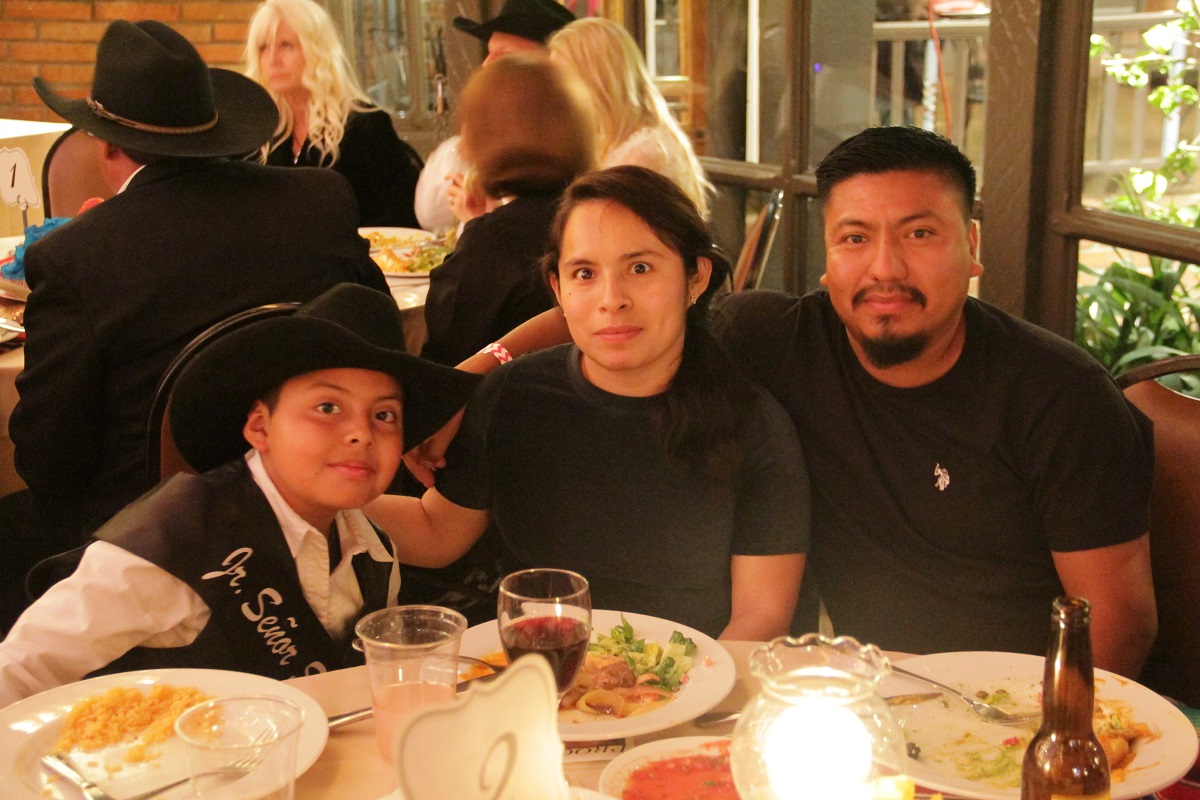 Before taking a sip of her wine, Renee Stitt shares a laugh with fellow guests of El Presidente Ball. Photo: Shawn Raymundo 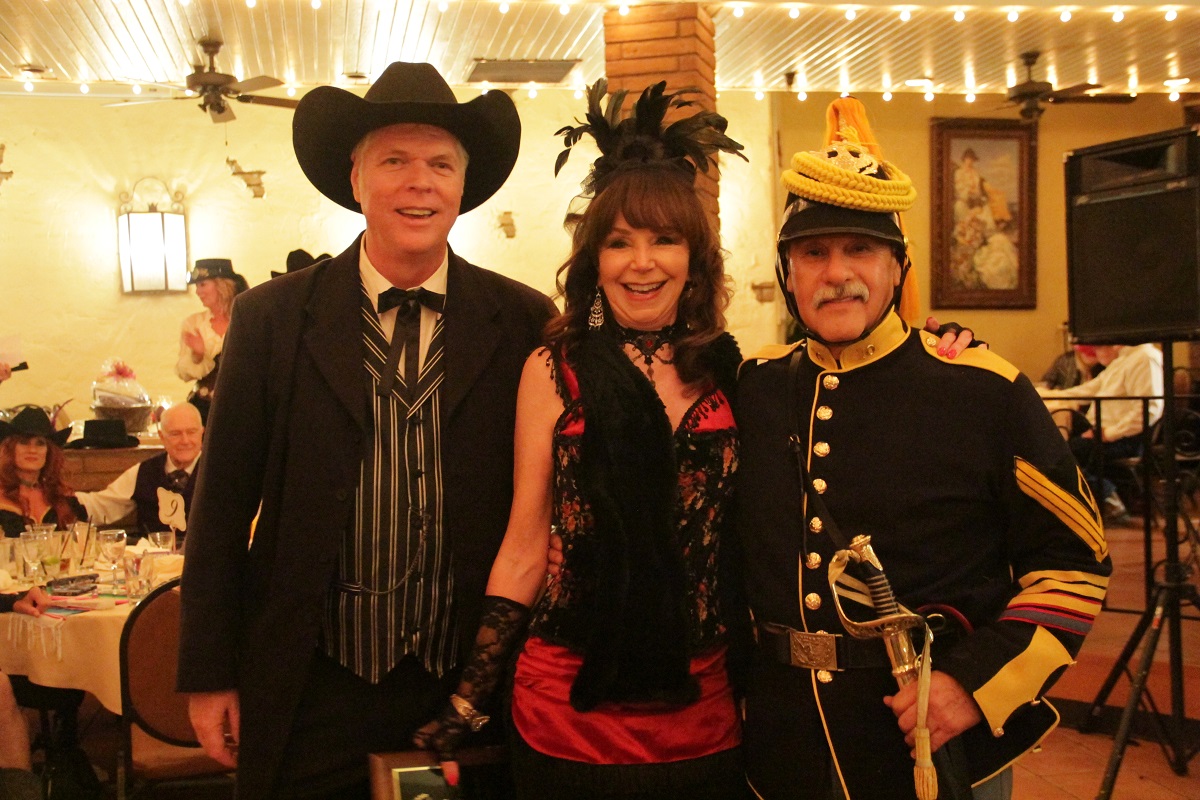 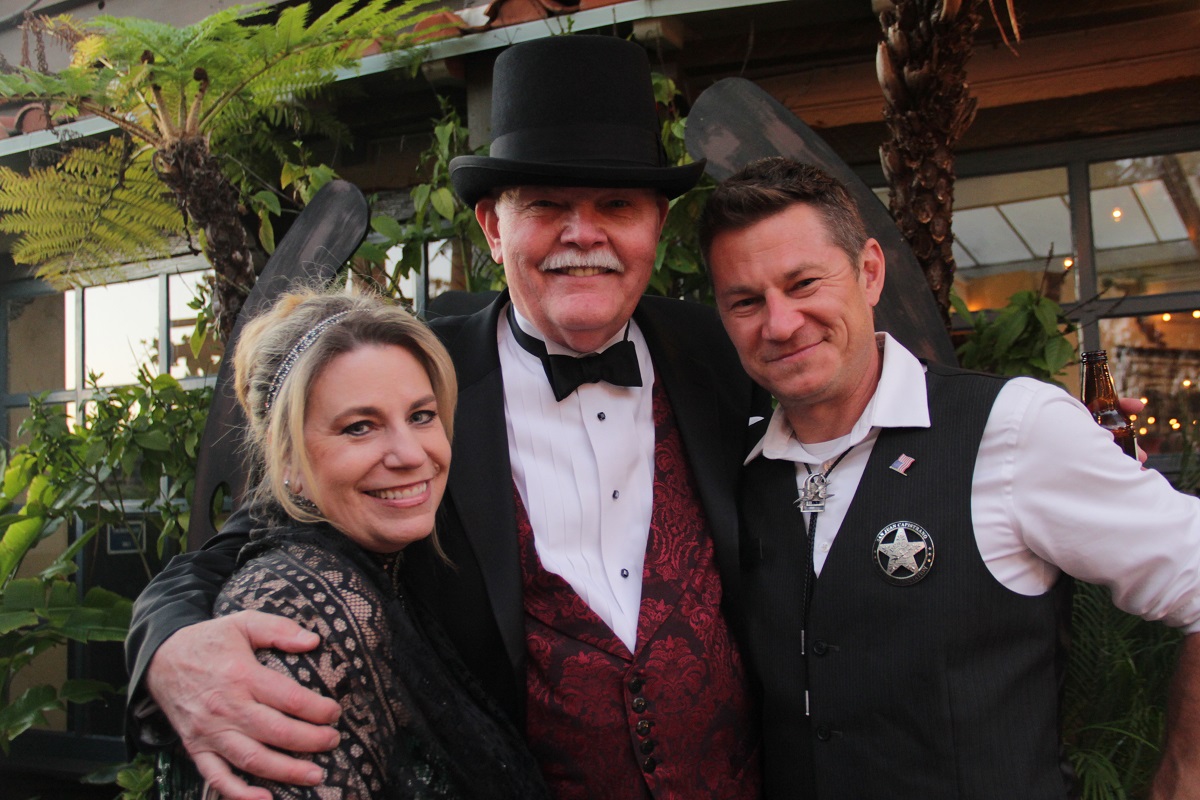 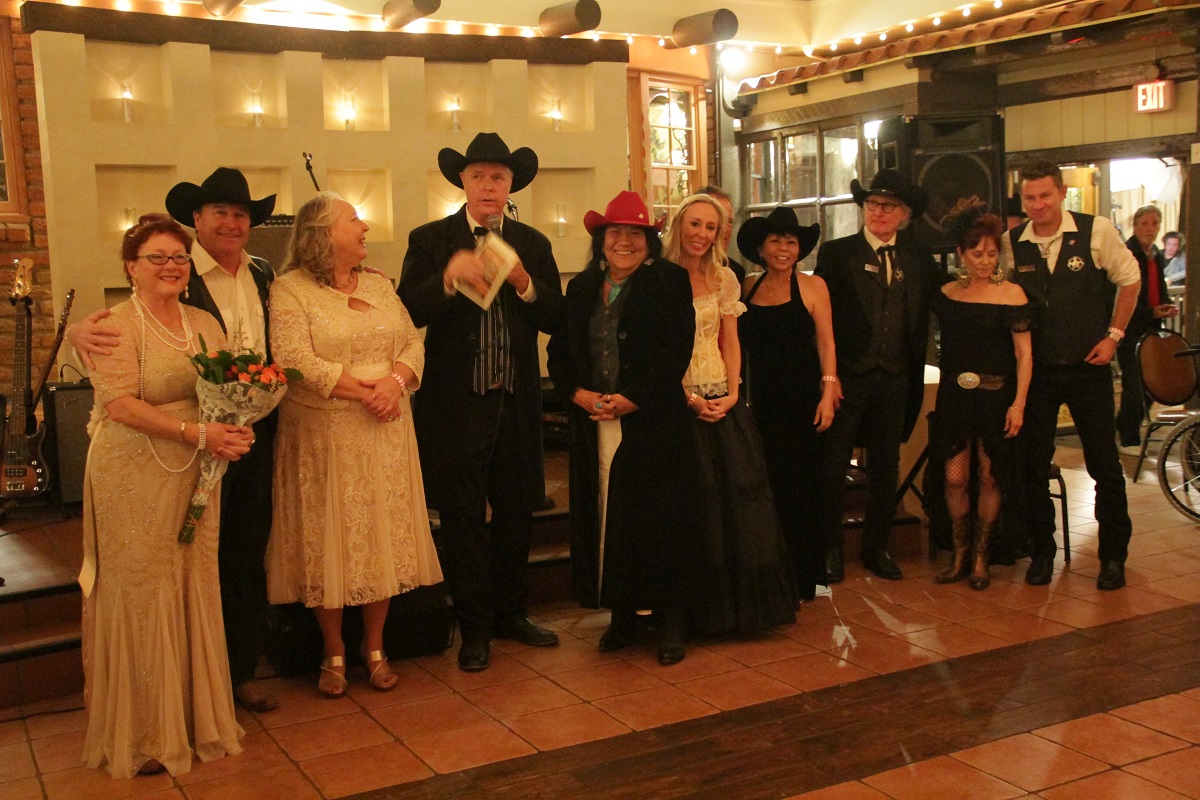 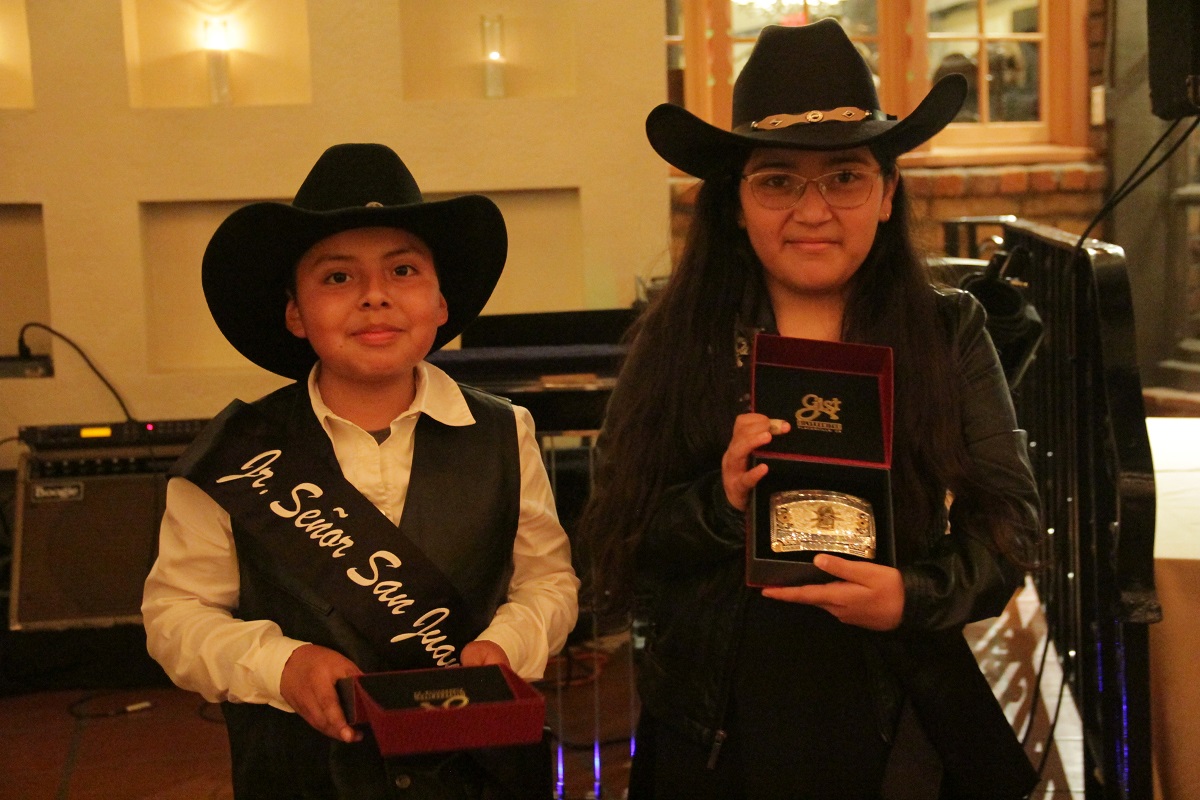 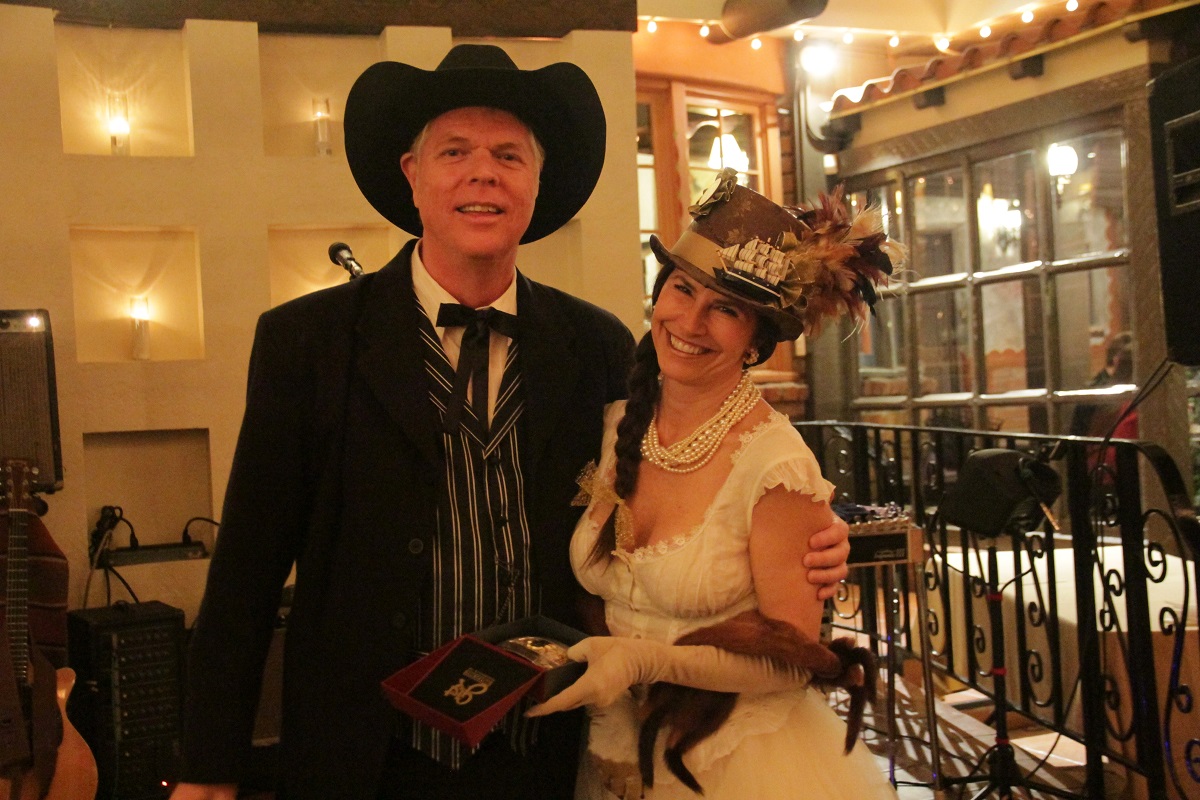 After being presented with a special belt buckle to recognize her contributions to the Fiesta Association, ZOOMARS owner Carolyn Franks and Fiesta President Jim Taylor pose for a photo during El Presidente Ball. Photo: Shawn Raymundo 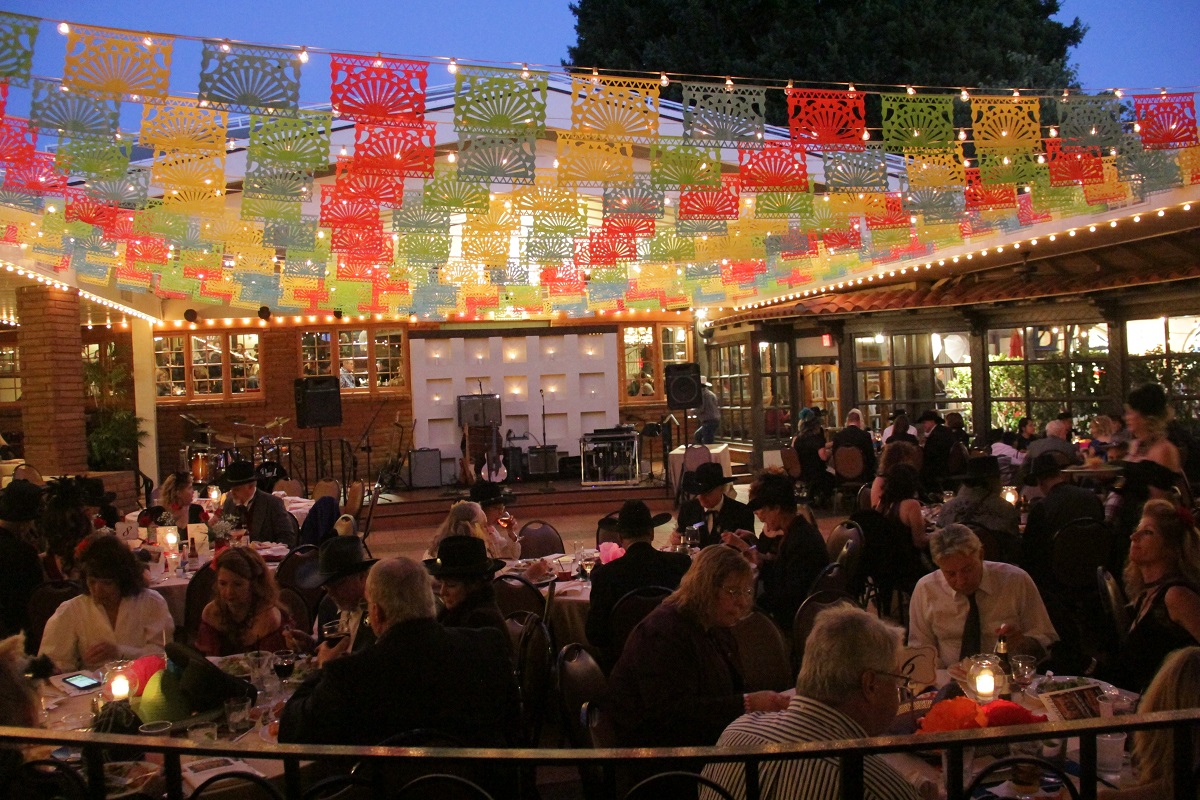 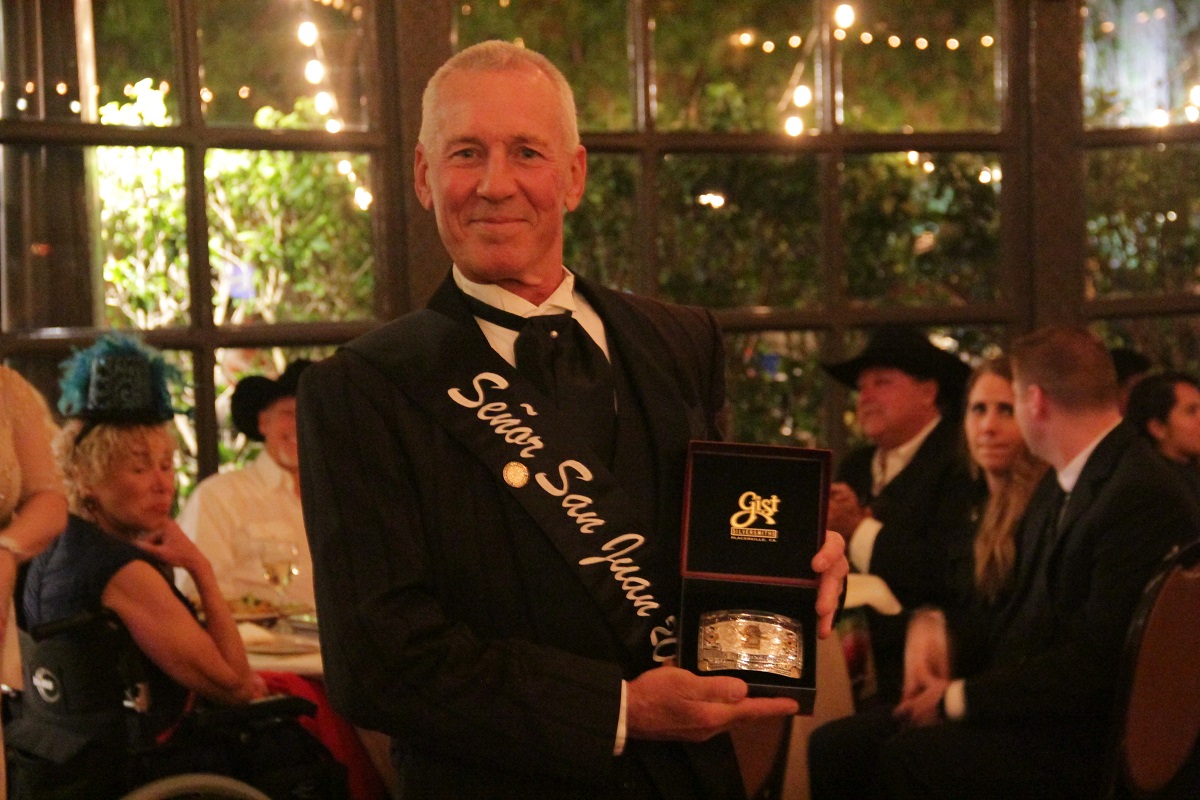 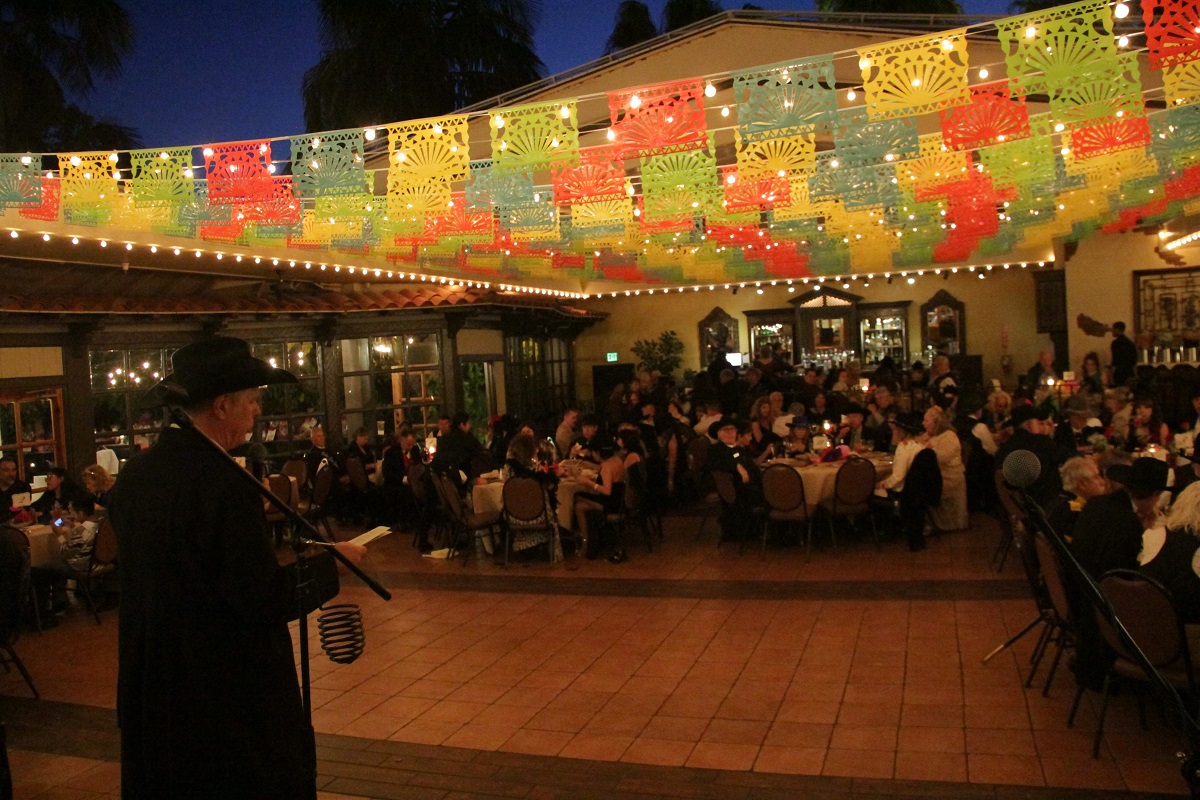 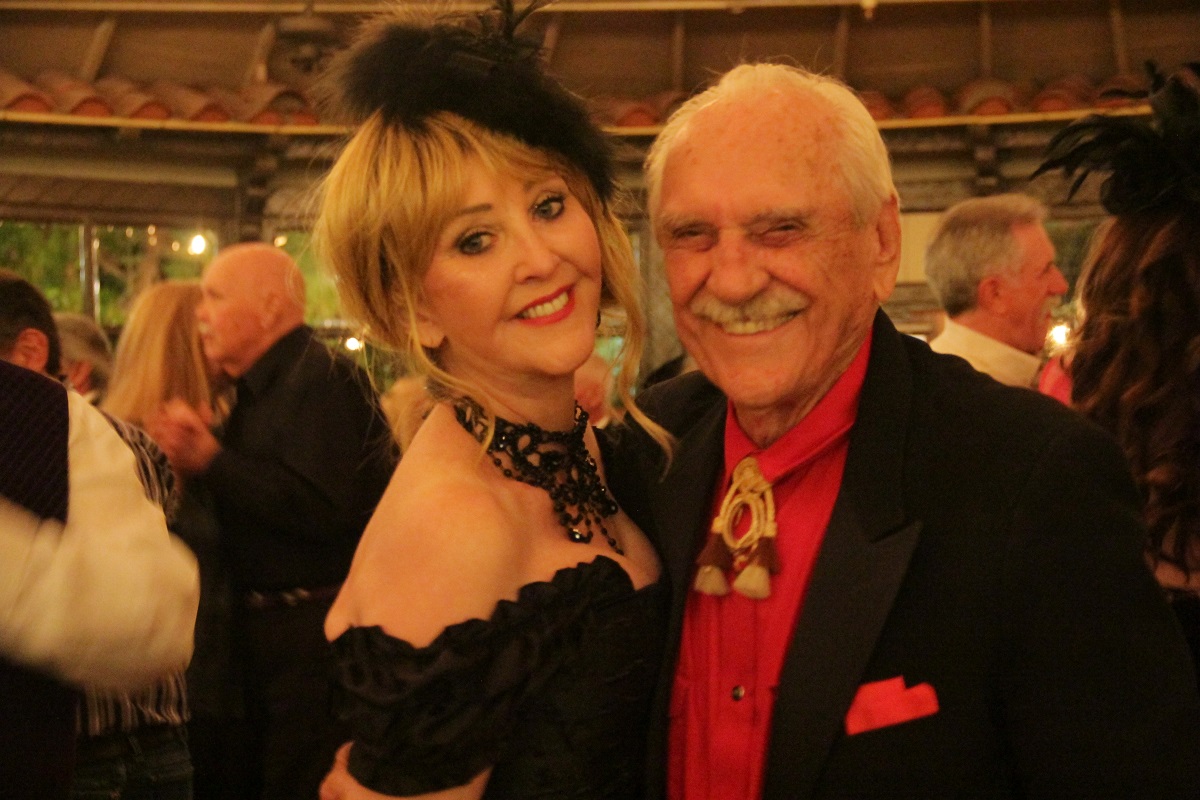 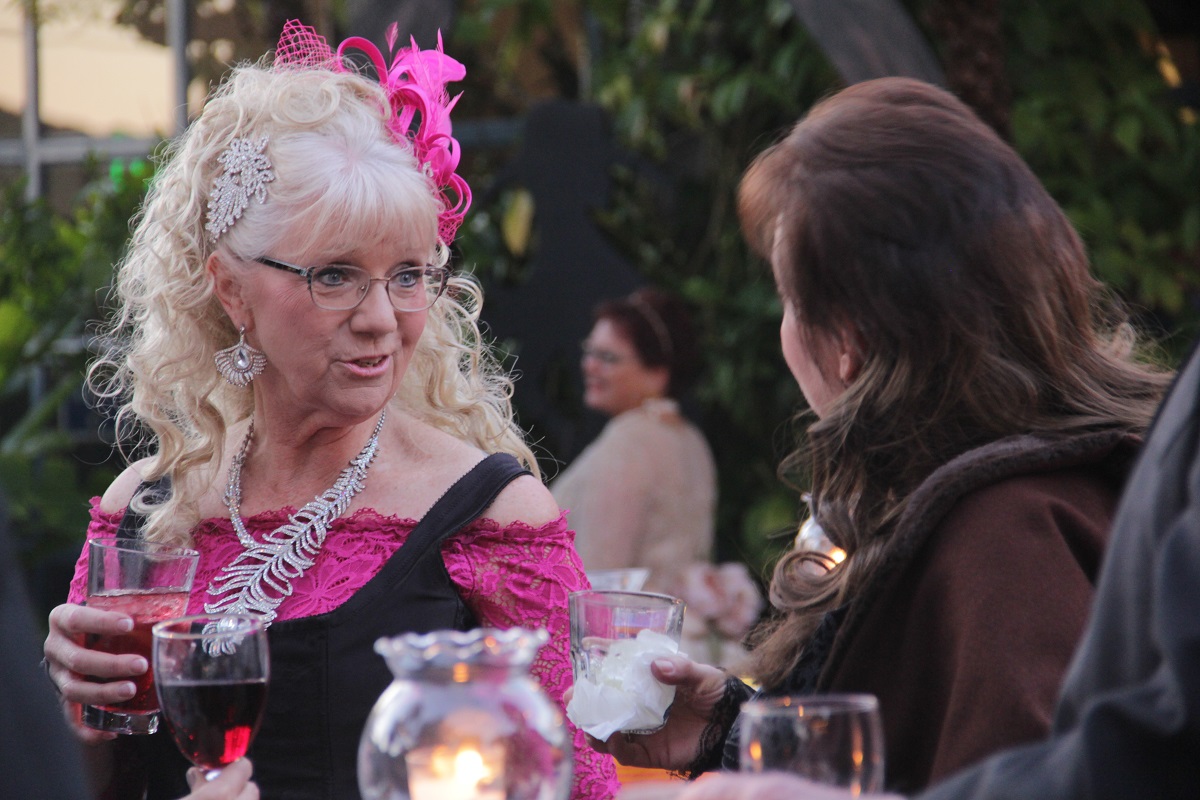 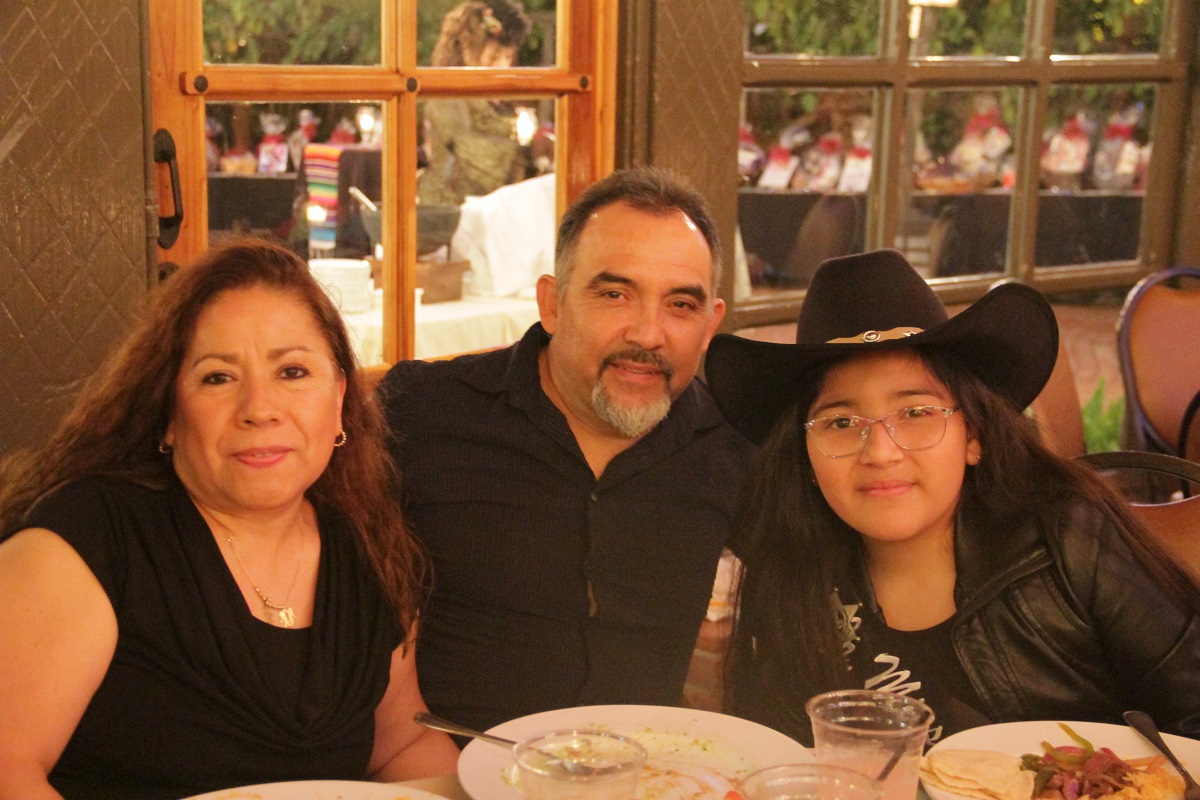 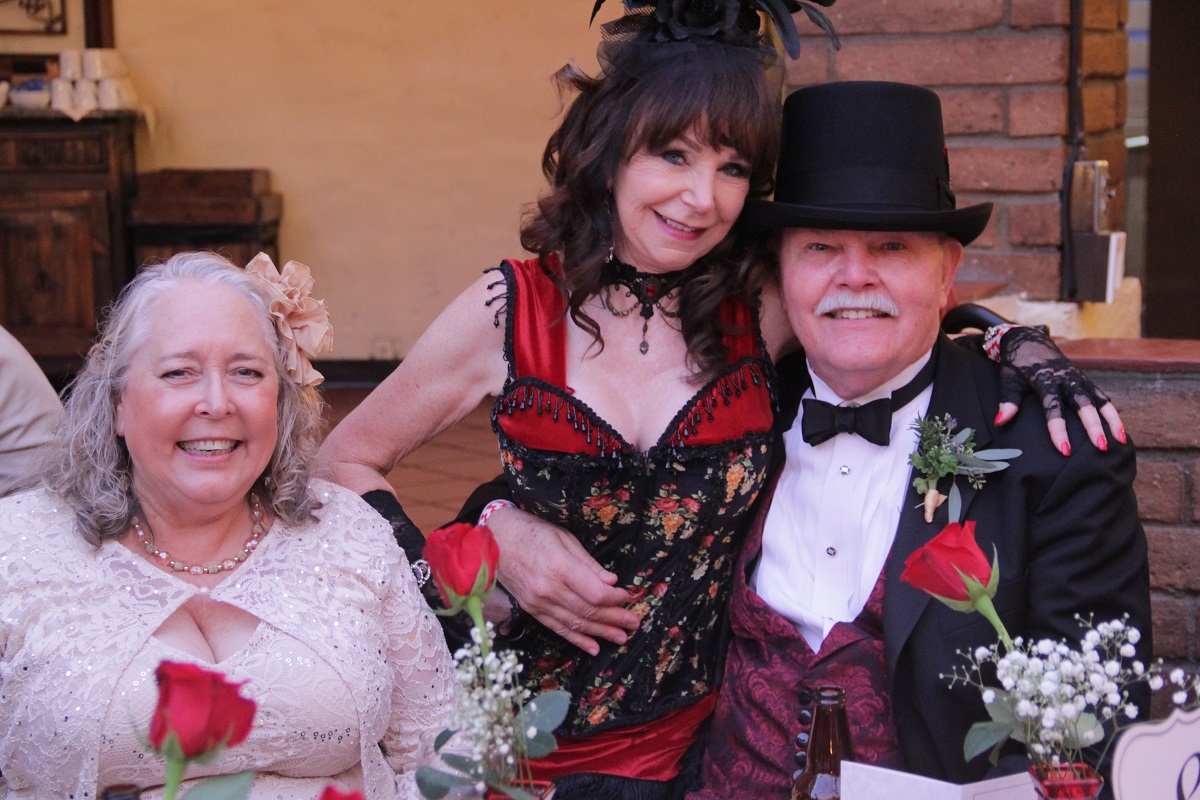 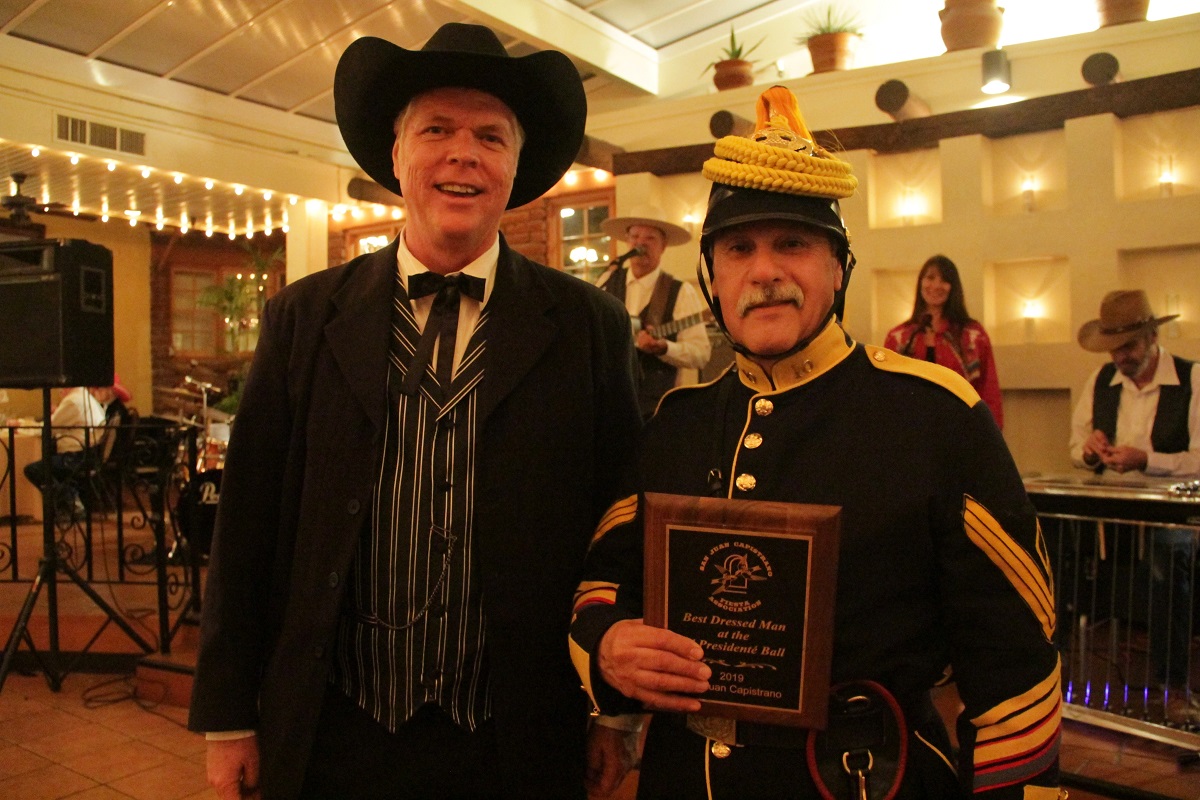 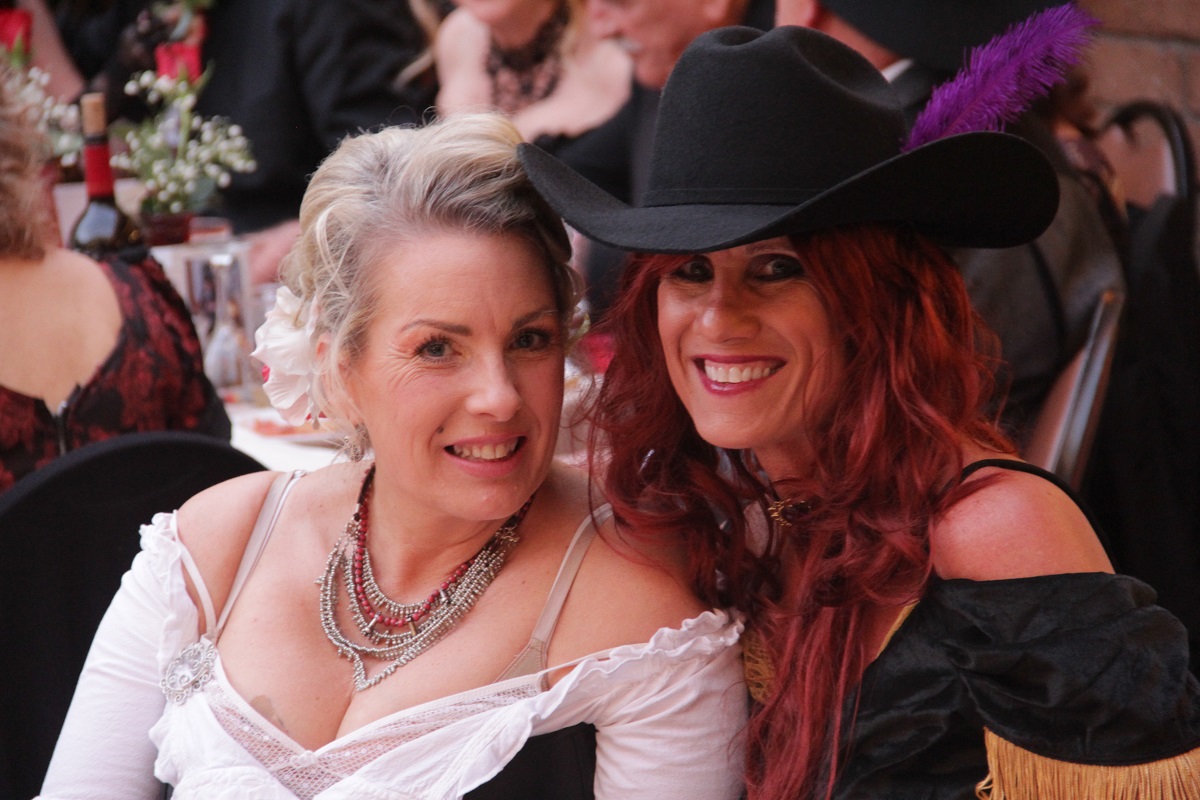 (From left to right) Cynthia Halverson and Deborah Frydman pose for a photo. Photo: Shawn Raymundo