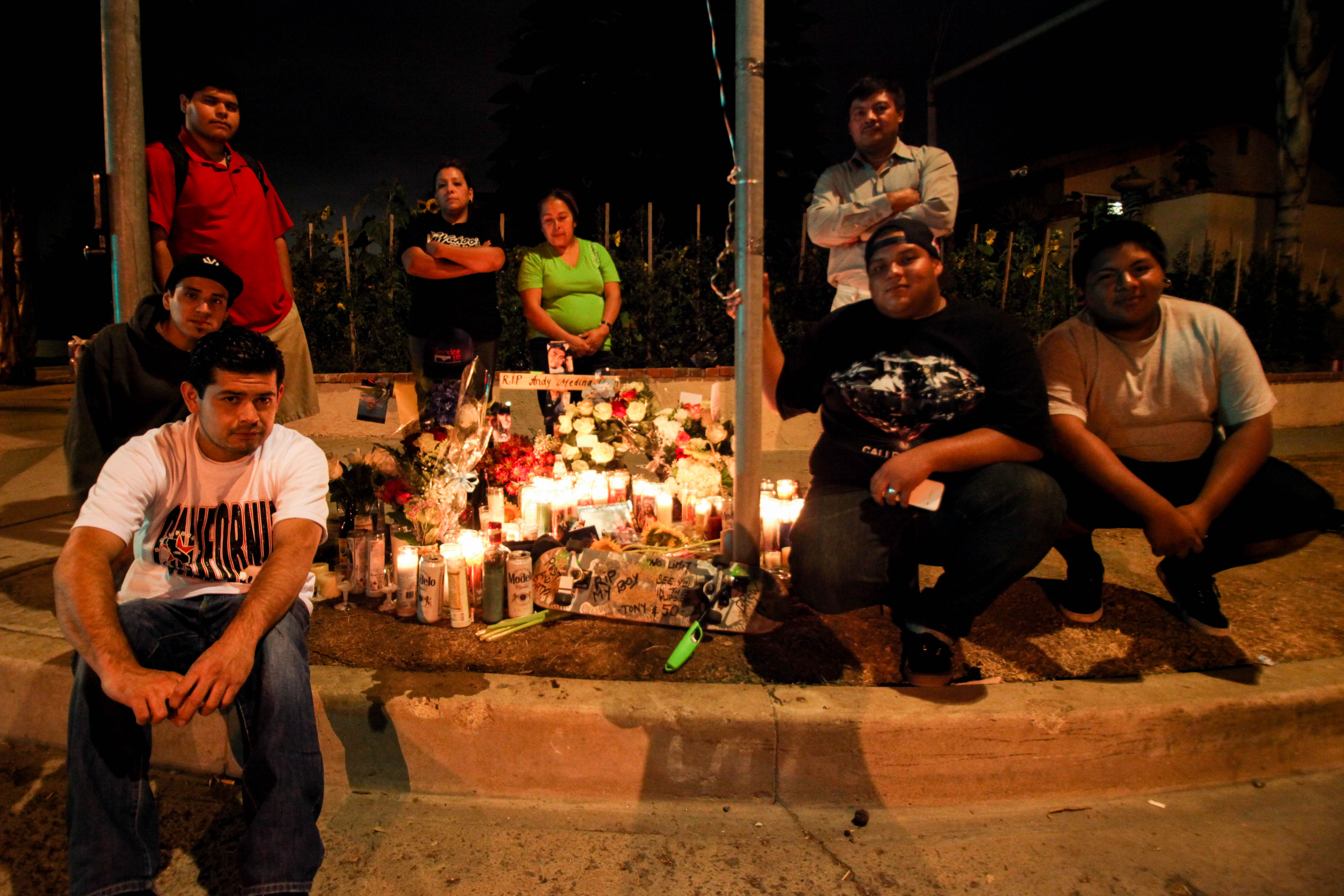 Update Oct. 3, 10 p.m.: At approximately 9:30 p.m., Andrew Christopher Michaels, 19, of Laguna Niguel, was arrested for felony hit-and-run following a collision on Friday night at the intersection of Del Obispo Street and Paseo Carolina.

On Saturday night, Orange County Sheriff’s Department traffic investigators obtained information that led them to Michaels’ residence in Laguna Niguel. Upon arrival, deputies located a Dodge Ram truck, the vehicle believe to have struck Cesar Medina, parked in the driveway of the residence. A short time later, Michaels contacted deputies at the station and following an interview with investigators, Michaels was arrested and booked into Orange County Jail. The Dodge Ram truck was towed and will be processed for additional evidence. The investigation is ongoing. Additional information regarding bail and scheduled court appearances will be released once it’s available.

Update Oct. 3, 3:20 p.m.: Additional witnesses are indicating that the suspect’s vehicle may also be an SUV with the same physical description, according to Lt. Jeff Hallock.

Cesar Andres Medina, 23, of San Juan Capistrano, was skateboarding across Del Obispo Street near Paseo Carolina when he was hit by a vehicle around 10:10 p.m., according to authorities. Deputies arrived to find Medina lying face down in the first lane of eastbound Del Obispo Street. According to witnesses, the hit-and-run driver did not stop and left the scene eastbound on Del Obispo.

Officials described the suspected vehicle as an early 2000 faded black pick-up truck with tinted windows. Investigators believe the vehicle has front end damage as a result of the collision.

Medina was treated on scene and transported to Mission Hospital in Mission Viejo by Orange County Fire Authority paramedics. He died at the hospital at 10:45 p.m., according to an Orange County Coroner press release.

An online fundraiser to help Medina’s family can be found at: www.gofundme.com/8y5jxdbw.

Anyone with information about the vehicle or who witnessed the collision is asked to call the Orange County Sheriff’s Department’s Traffic Bureau at 714.647.7000 or 949.425.1860. Anonymous tips may also be submitted to Orange County Crime Stoppers at 855.TIP.OCCS (855.847.6227) or at occrimestoppers.org.