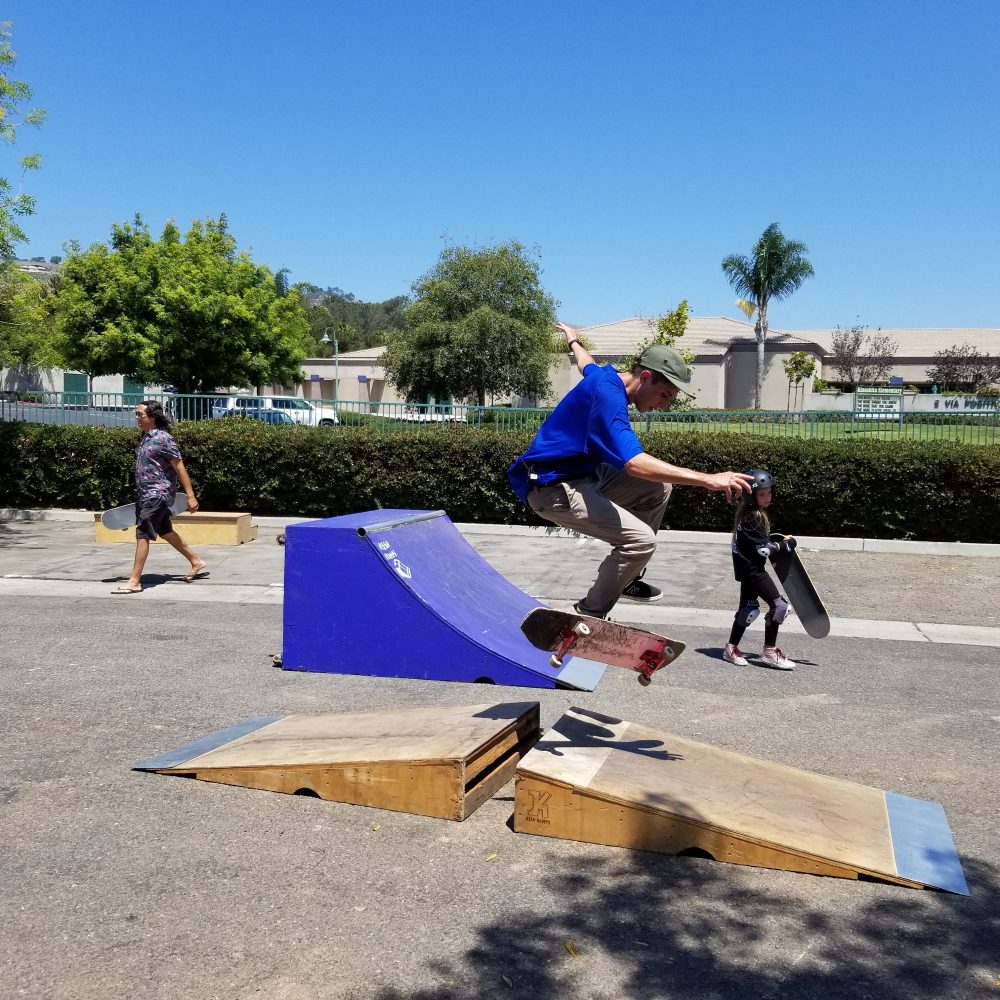 The San Juan Capistrano Skatepark Coalition, which has been working to raise funding for the city’s new skatepark, received its 501c3 status from the IRS last month, making it an official nonprofit organization.

With its official nonprofit designation, the Coalition’s goal this year is to reach out to corporate sponsors and raise $1 million to help pay for the construction of the skatepark, which is planned to be built on the northwest end of the San Juan Capistrano Sports Park.

“We’ve got a $1 million goal, we’ve got to go after big-name corporate sponsors,” Coalition President Peter Carey told members during their first meeting of the New Year on Wednesday, Jan. 16.

City Council approved the conceptual design of the skatepark back in March 2017, allowing for formal fundraising to begin. Spohn Ranch, Inc., a Los Angeles-based skatepark developer, drew up the designs for the park and estimates the cost will be nearly $1.96 million to complete.

“Additional funding,” the city added, “will be necessary for yearly maintenance.”

During the Coalition’s Jan. 16 meeting, Carey expressed how important record-keeping and cataloguing monetary donations will be for the group moving forward now that they’re officially recognized as a nonprofit.

“We want to make sure we do stuff by the books,” he said, later adding, “We have to organize ourselves much better.”

The nonprofit status, Carey further explained, also means the group will need to shutter any other website that was tied to the SJC Coalition, such as the Capistrano Grind Skate Park Facebook page.

Prior to the meeting, Carey and Kerry Ferguson, a Coalition member and former city councilmember, noted that they met with city officials to discuss drafting a Memorandum of Understanding (MOU) that can go before the City Council for approval.

The proposed MOU would establish a formal relationship between the city and the Coalition as it continues to raise funding for the skatepark.

Hoping to attract supporters by offering naming rights on certain parts of the park, Ferguson also noted that the Coalition has been working on putting together packets to hand out to prospective sponsors. Before doing that, she added, the Coalition would also like to get approval from City Council.

Carey said they’re working to get the MOU and the Council’s approval soon.