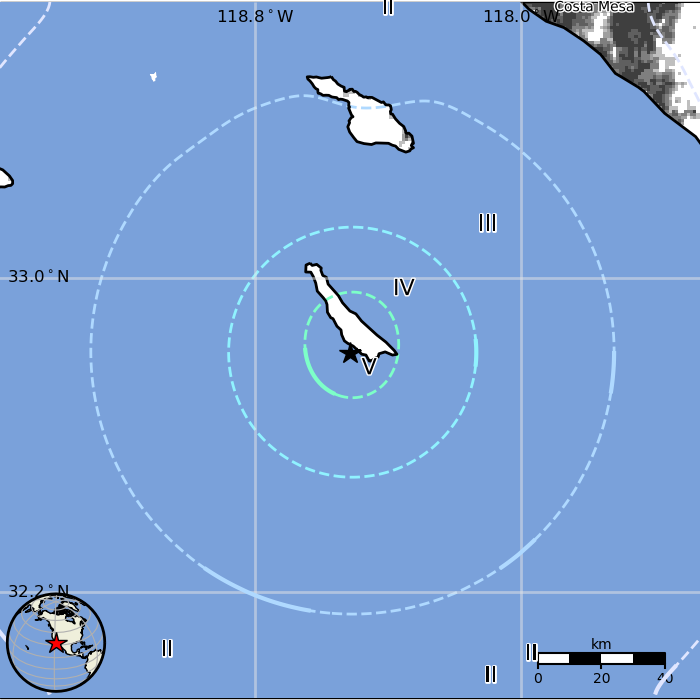 A pair of small earthquakes struck near San Clemente Island, rattling some cities off of Southern California’s coast in the early morning, Wednesday, June 5, according to the U.S. Geological Survey.

The first quake, a magnitude 4.3, hit shortly after 3:45 a.m. and had a depth of 5.2 miles, centered 8 miles west of the island – just below Catalina Island and about 70 miles off the coast of San Diego.

The cities of Dana Point, San Clemente and San Juan Capistrano reportedly felt “weak” shaking during the initial quake, according to the USGS. As of 11:15 a.m. Wednesday, the USGS received 1,085 responses to its “Did You Feel It?” page for the first quake.