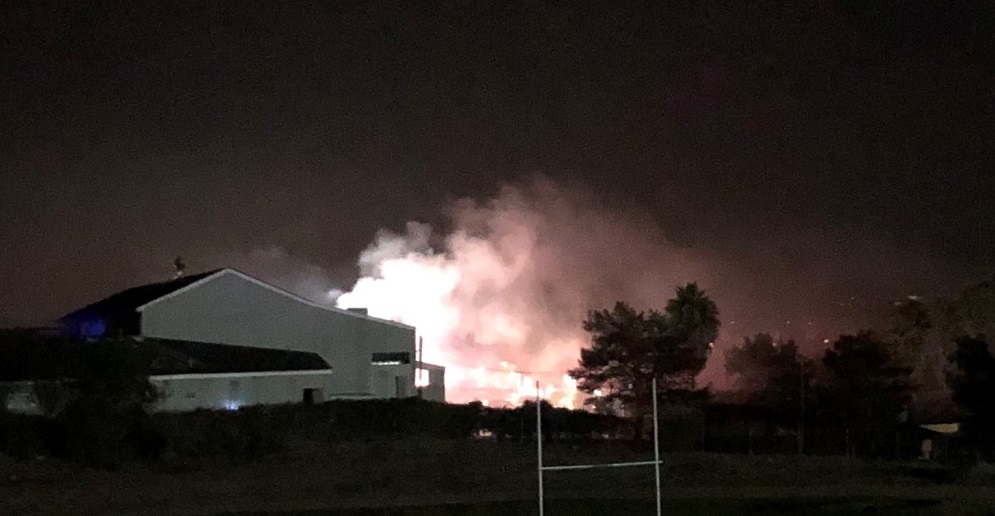 Firefighters on Wednesday night, Sept. 19, fought a blaze inside a two-story building formerly used as a farmers market in San Juan Capistrano, a fire official said.

The blaze was reported about 8:50 p.m. at a building at 32382 Del Obispo Street, according to Orange County Fire Authority Captain Tony Bommarito. He said it started inside the walls of the building before spreading to the structure’s roof.

Shortly after the fire began, a large plume of smoke was visible on the building’s side. Bommarito said it took firefighters a while to get through materials used in the building’s construction and get through the walls to extinguish the blaze. The blaze was out in about 45 minutes.

Bommarito said the building was vacant when the fire began.

He said Thursday morning that he didn’t know how much damage the blaze caused or how it started. He said firefighters would be investigating those things.