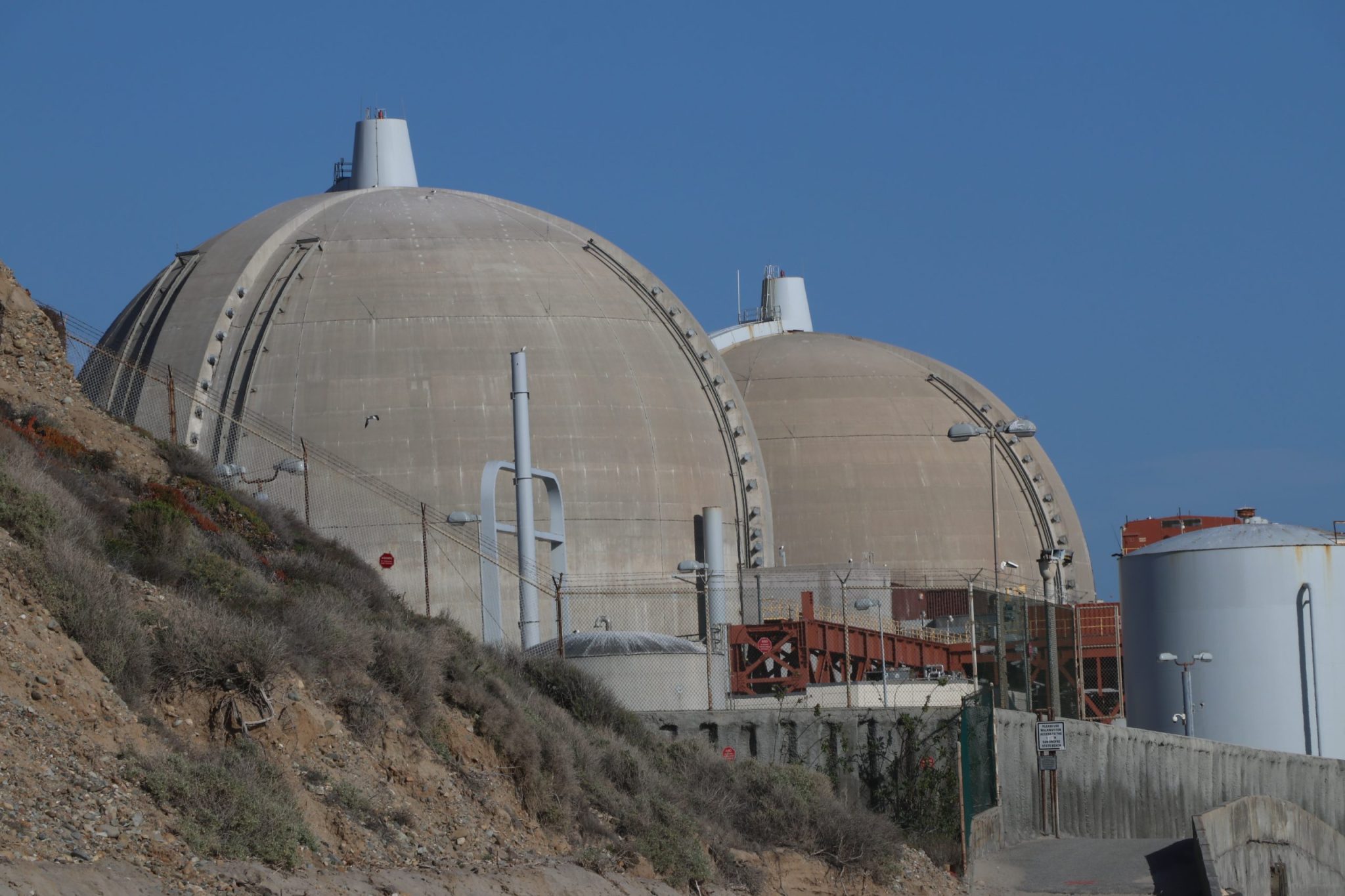 As part of the long and intricate process to dismantle the now-decommissioned San Onofre Nuclear Generation Station (SONGS), a reactor pressure vessel head is taking a road trip.

The reactor head, which weighs 77 tons, will be sent to a disposal facility in Clive, Utah, according to an online update posted by SONGS.

The steel cap was first loaded onto a heavy-haul transporter on Friday, July 22, and left the SONGS site over the weekend. It requires special shipping due to its size, and is scheduled to arrive at the Utah facility within the coming weeks.

“We don’t release the specific travel details for these shipments. This will be a ‘wide load’ much like other wide loads motorists will see on the highway, with escort cars,” SONGS spokesperson John Dobken said in an email. “It will be travelling at times when traffic is minimal. Motorists should use caution when passing or driving near an oversized load and maintain safe distances.”

A description of the equipment said it’s a “key part of the reactor vessel” and “not unlike a lid used to cover a pot of water.”

“When the plant was operating, the nuclear fuel within the reactor vessel heated water that was channeled to the steam generators,” information on the SONGS website said. “The reactor pressure vessel head was bolted to the top of the vessel and could be removed for refueling the reactor or maintenance.”

The radioactivity level for the reactor head is said to be “low” and similar to other pieces of equipment that have also been sent out. Other large pieces of equipment scheduled to be transported out of SONGS in the future include four steam generators, reactor coolant pumps, pump motors and two pressurizers.

Government officials are considering where best to permanently send nuclear waste generated by SONGS, whose facilities are a visible landmark for motorists traveling down the I-5 freeway traveling to and from San Diego.

The dismantling began in 2020, and SONGS previously announced in 2013 plans to permanently retire two major units on site. An initial unit was permanently retired in 1992 after the California Public Utilities Commission determined that the costs of necessary upgrades to the plant could not be justified, according to SONGS.

Rep. Mike Levin and U.S. Department of Energy Secretary Jennifer Granholm met with Southern California Edison officials at the site this year to review the facility’s safety measures, and discuss next steps on where the waste will end up.

“We know that housing these operations is not for everybody, but they do bring jobs, they do bring economic opportunities, and some communities find that interesting,” Granholm said in April. “We have a process, and we will align our goals with the needs and concerns of interested communities. We’re going to build our relationships with potential host communities on a foundation of trust from the get-go.”