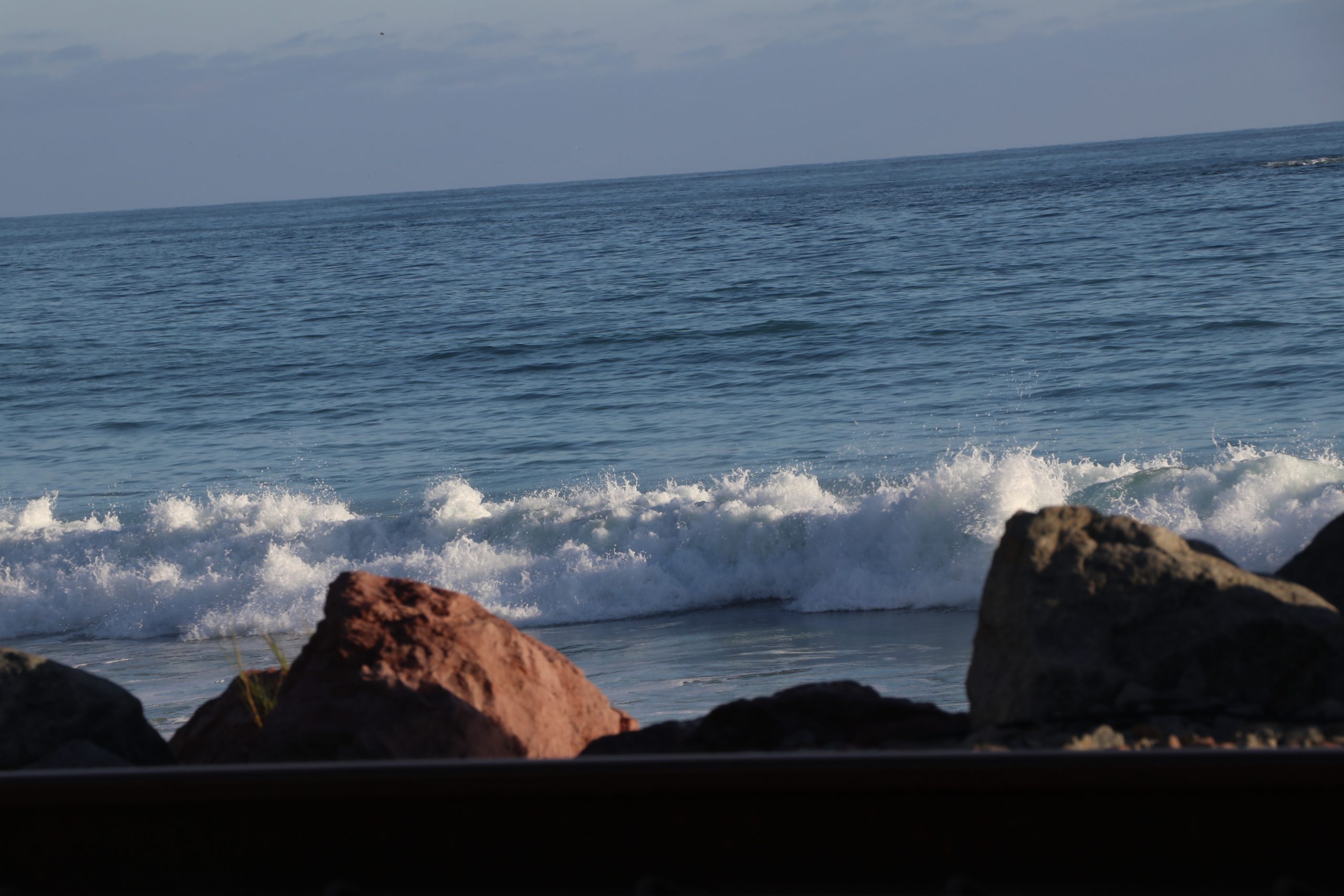 With the source of an oil spill off San Clemente Island reported by the captain of a whale watching boat yet to be identified, local environmental groups are pushing for further investigative efforts from authorities and voicing their concerns on the widespread repercussions of oil spills.

On June 19, Domenic Biagini, the captain of Gone Whale Watching, reported a large oil slick approximately 14 miles off San Clemente Island while conducting a whale watching tour with about a half-dozen passengers aboard.

In drone footage that he shared on Instagram, Biagini captured a pod of dolphins swimming through the rainbow-colored sheen. Three days later, the U.S. Coast Guard conducted an overflight of the area and did not report sighting of the slick.

“Despite my reporting of this larger spill area on Saturday, the Coast Guard claims that somehow that report didn’t reach command,” Biagini wrote on Instagram. “It was almost 72 hours before they went looking for the spill, which is of course either no longer in the same place due to ocean currents or has diluted enough to not be visible.”

Despite its report of not seeing the oil spill, the Coast Guard suspects that the sheen was caused by diesel fuel, a petroleum-based product that dissipates within a day or less, according to California’s Office of Spill Prevention and Response.

“There is some good news,” Biagini wrote on Instagram. “As far as spills go, diesel fuel is one of the less ‘tragic’ ones. It eventually spreads and dilutes in water fairly quickly, hopefully limiting long-term environmental impact.”

While the source of the spill remains unknown, Jonathan Bishop, the oil spill coordinator for the California Coastal Commission, said it is not uncommon for the source of spills to remain unidentified.

“This particular oil spill off San Clemente Island obviously is concerning because of the silence that we have had from a regulatory agency,” Spinuzzi said.

According to the National Oceanic and Atmospheric Administration, the severity of an oil spill depends on a few factors: where the oil was spilled, what type of oil was spilled and the different plants and animals found in the surrounding habitat.

While diesel oil is considered to be among the less toxic types of oil, it can be dispersed by waves and transformed into droplets that move with the currents. When ingested, diesel oil can cause mortality for organisms including invertebrates, fish and birds. Crabs and shellfish can also be impacted by diesel spills in shallow areas where they absorb and depurate the oil for several weeks after being exposed to the spill.

Alissa Deming, a doctor at the Pacific Marine Mammal Center in Laguna Beach, said oil impacts mammals through external and ocular exposure, ingestion of the oil and the inhalation of fumes at the water interface.

“Each route can be associated with different heat impacts,” Deming said. “Topical skin and ocular exposure can cause skin and eye irritation/damage, and ingestion can result in more systemic effects like impacts on immune function, decreased reproductive success and heart problems. Inhalation can cause chemical irritation of the airway and lungs.”

Oil impairs the insulating ability of mammals with fur and the water repellency of a bird’s feathers. It traps juvenile sea turtles and is mistaken as food by fish, dolphins, whales and other marine organisms. The ingestion and inhalation route of oil in mammals can result in short-term and long-term health problems, depending on the dose of oil and the duration of exposure.

While the impacts of an oil spill can be compromised in a physical sense, Deming said that oil spills can have a damaging snowball effect on the entire structure of an ecosystem. Oil spills can cause populations to decrease, leading to a shift in the landscape and environmental patterns.

In addition to environmental impacts, marine oil spills also have negative repercussions on the economy in coastal communities. Tourism is a major source of income in coastal areas, attracting people to local businesses and beaches where they can participate in recreational activities including boating, swimming and diving.

“California is a coastal economy,” Spinuzzi said. “The closer you get to the beach, the more expensive things are and the more people come here for tourism. The further you get away, the less money people are spending on tourism, and that is because the coastal resources and keeping them clean is what drives our economy.”

Oil spills also impact fisheries, including any portion of the economy that is related to fishing. Other large economic impacts include the costs of cleanup and compensation.

The Coast Guard is responsible for cleaning up oil spills and taking reports of all maritime safety incidents, including chemical and oil spills. Oil spill reports in California are included in a long list of spill reports composed by the Office of Spill Prevention and Response, which can be filtered by city.

In addition to the OSPR, oil spill reports can also be tracked by an interactive map created by the environmental nonprofit organization SkyTruth, which uses data collected from the U.S. Coast Guard National Response Center.

“Those are reports of accidental and hazardous oil material spills, and many of these reports are actually submitted to the Coast Guard by the polluters themselves,” said John Amos, founder and president of SkyTruth. “Each of those red pins on the map is a leak or spill report, and the map will show you the most recent 100 of those reports based on your display.”

SkyTruth, founded in 2002, uses radar satellite imagery to map offshore infrastructure and detect marine oil spills. Using two satellites operated by the European Space Agency, the organization receives 1,500 black-and-white radar images a day that are automatically analyzed by a machine learning model for the detection of an oil slick. In the radar imagery, an oil slick will appear as a black line.

“It’s a pretty distinctive thing when you see an oil slick from a vessel,” Amos said. “It’s practically a slam dunk when you see a big, bright spot at the end of the slick and that bright spot is the vessel that is causing that pollution.”

“That is what we found when we started looking at radar satellite imagery around San Clemente Island to see if we could find anything indicating the source of a diesel fuel spill that was captured on video on the night of June 19,” he continued.

Amos said he was unable to detect any oil slicks on June 19 off San Clemente Island due to weather conditions. The area was covered in fog that Saturday, and he was unable to see the surface of the water in the radar imagery. However, Amos did detect an oil slick in the area on May 23 that was left by a vessel the size of three football fields.

While he was unable to detect the June 19 oil slick, Amos suspected that the spill could have occurred from a collision of vessels, a leak during a refueling operation out at sea or a refueling exercise conducted by the Navy that had gone wrong.

“These relatively small oil spills happening out in the ocean far offshore used to get ignored,” Amos said. “Technology has just evolved to the point where we can uncover these problems and make them visible, knowable, measurable, and hopefully that means actionable.”

While there have not been any recent updates pertaining to the source of the oil, Adam Stanton, a Coast Guard public affairs specialist, said the spill is still being investigated.