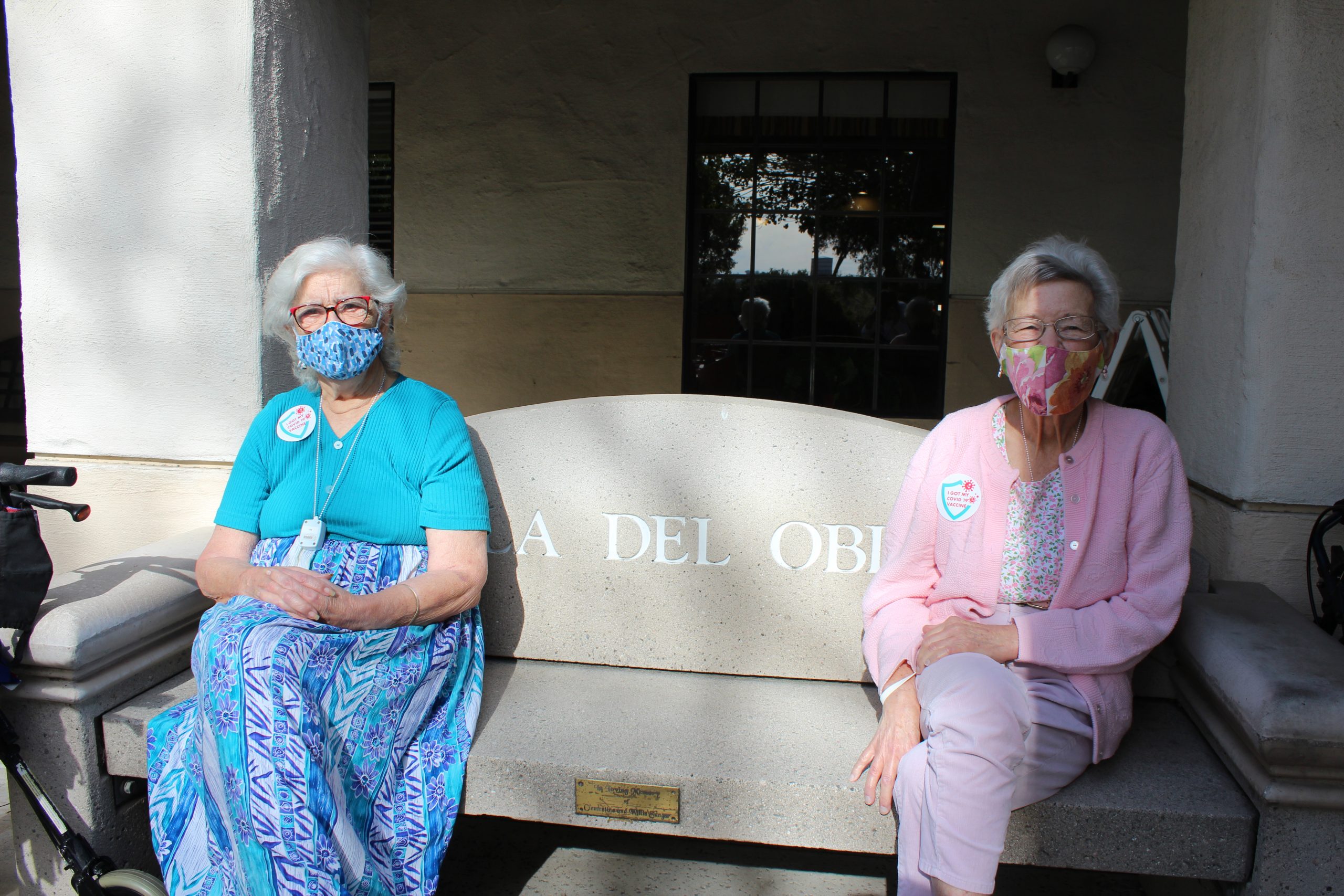 It was Jan. 16 when Samantha Hammer went to get her first dose of the COVID-19 vaccine in Huntington Beach.

Hammer, who is 78 and lives in the Rancho Alipaz mobile home park in San Juan Capistrano, is one of several seniors who recently received an initial shot, and is now waiting for her second dose.

As many seniors are still waiting for an appointment and have expressed frustration with the slow vaccine rollout, several locals who secured a shot recently spoke with The Capistrano Dispatch on what the process was like and their reaction to it. None reported long-lasting side effects.

Hammer found more 100 other cars in line when she drove to her appointment, and she waited a while before she was seen. Hammer had never had a flu shot before, and she had allergic reactions in the past.

She said she felt fine a half-hour after getting the shot, though reporting that she momentarily experienced shortness of breath and lightheadedness afterward. Hammer, however, did note she hadn’t eaten prior to the appointment that day.

Hammer, who is scheduled to get her second shot on Feb. 13, said she felt the medical staff on-site were generally helpful.

“I can’t say anything unkind, because we’ve never had anything like this before,” she said.

Hammer said she was nervous and concerned before getting the vaccine, but reassurances from medical professionals and public officials eased her anxiety. She is still mindful of the pandemic, saying she does not dine out. She mostly stays close to home, and only ventures out for groceries and errands.

She recommends others get the vaccine when they have an opportunity.

“This is such a foreign body that’s traveling around the world, and there’s all these variants,” Hammer said of the pandemic.

Kathy Abney, who is 72 and also lives at Rancho Alipaz, received her first dose of the Moderna vaccine at Disneyland on Jan. 14. Abney described the process as “super simple,” saying her arm was only mildly sore for a few days after the injection and estimated she had spent about a half-hour at Disneyland.

Abney advised others waiting for appointments while going through the Othena system to be patient and persistent.

Abney had no concerns before getting her shot.

“I want my life back,” she said. “I was thrilled when Orange County announced people 65 and over could get it.”

Abney has limited her outside activity to daily walks in which she says hello to neighbors from a distance, as well as grocery trips. She urged everyone to continue exercising caution and listening to the advice of medical experts as the health crisis continues, saying wearing a mask is a patriotic duty.

She might feel a bit more at ease when she gets her second shot, but she doesn’t expect the world to return to some semblance of normalcy until a majority of people are vaccinated.

Jeff Lopez, a 70-year-old military veteran who lives in Capistrano Terrace mobile home park, made his appointment through the VA and received his first shot on Jan. 13 at the VA hospital in Long Beach. His second vaccine dose is scheduled on Feb. 10.

He said he was apprehensive beforehand, though his experience took approximately a half-hour and he felt fine afterward.

“My shoulder the next day was a bit sore,” Lopez said. “But I was OK, and that was it.”

Lopez—who commands the American Legion post in San Juan Capistrano, which has educated other veterans regarding vaccinations—also described the logistics at his appointment as organized. He said the pandemic has hurt local business owners, including his friend Ricardo Beas, who owns the restaurant Ricardo’s Place.

“All these businesses around town, I feel for them,” Lopez said. “They’re being affected the most.”

Like many others, Lopez is staying home and avoiding gatherings as the virus continues wreaking havoc.

“The virus is for real. I’ve had family members who have gotten it—not even doing risky things,” Lopez said. “Hopefully, we’re getting towards the end. I don’t want to catch it.”

Marilyn Tilmont, 84, and Antonette Temple, 87, residents at Del Obispo Terrace Senior Living—an assisted-care facility in San Juan—received their first shots on Jan. 28. Tilmont said she “didn’t even feel” the shot. Temple said the experience, which took place at Del Obispo Terrace, went quickly and that the person administering the shot walked her through the experience.

Temple had contracted COVID-19 before the vaccine, saying the illness was “horrible.”

“The brain fog is horrible. I was in the hospital two times,” Temple said. “It’s disgusting. I still can’t smell, and I can’t taste food. I’ve completely lost interest in eating. I can’t walk. I used to walk. I have a lot of difficulty walking, thinking. I just forget everything. I can’t sleep at night.”

Temple doesn’t think the world will “ever be the same” due to the pandemic.

Over at Reata Glen, a retirement community in Rancho Mission Viejo, several residents reported feeling fine after receiving their first vaccine doses that were doled out during a communitywide clinic on Jan. 25-26. A follow-up clinic to administer second doses (and first doses for those who missed the initial clinic) is scheduled for Feb. 15-16.

Resident Cynthia Mayer thought the pharmacists and Reata Glen personnel did an excellent job with the “organized” event. Mayer found it convenient, compared to what other seniors outside Reata Glen reportedly are going through.

“Everyone was happy to get the vaccination,” Mayer said.

She had no problems or even a sore arm from the vaccine. Reata Glen hosted fun activities for residents after the clinic that included a pinata and bingo games. Mayer thinks mass vaccinations are the way to go.

“It’s the only way we can put an end to this horrible pandemic,” Mayer said.

Lisa Kenyon, who also lives at Reata Glen, said her vaccination experience was effortless and painless, describing the clinic as an efficient operation that had residents fill out paperwork before their shots. The vaccine is necessary to control the pandemic, which has affected Reata Glen residents—who are still free to come and go as they please—as much as everyone else.

“It’s a restrictive life,” Kenyon said of the conditions brought about by health precautions. “They’re doing a phenomenal job taking care of us, but social isolation gets to you.”

Stephanie Riggs, Director of Sales and Marketing for Reata Glen, said they were excited when they heard their community would be prioritized for vaccine distributions. More than 95% of their residents have received the vaccine, and staff have also been vaccinated.

Given the long lines elsewhere, the operations team at Reata Glen ensured the clinic went smoothly, with fun activities to boot, Riggs said.

“From all of this, we had a celebratory feel almost,” she said.