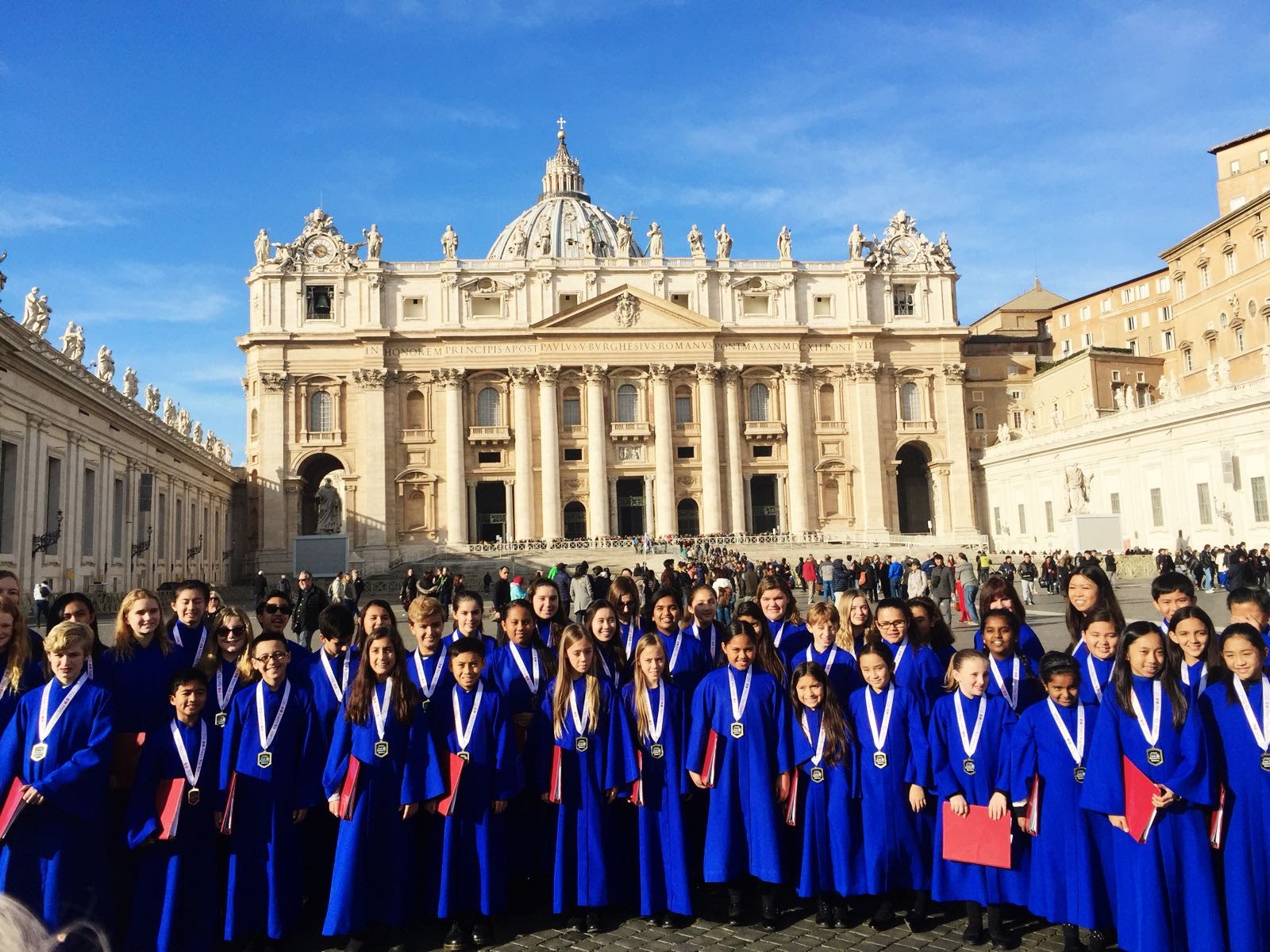 By The Capistrano Dispatch Staff

Members of the Laguna Niguel-based St. Anne School’s HarmonKnights Show Choir recently traveled to Vatican City to participate in the third annual Youth and Young Adult Choir Festival for Epiphany. The students sang for the mass at the Basilica of St. Francis and the Papal Mass for the Feast of Epiphany at St. Peter’s Basilica in front of Pope Francis I.

San Clemente eighth-graders Melia Hahn and Garrett Reissmueller were part of the choir.

“The students were directed by St. Anne School Choir Director Karen Franson and the Director of Music Ministries and Organist for Christ Cathedral in the Diocese of Orange California, Dr. John A. Romeri.”

While on the trip, students also had the opportunity to explore ancient Rome, including the Roman ruins, 17th-century palaces, 15th-century churches and 20th-century monuments.

St. Anne School President John O’Brien said, “We are so proud of our students for being such wonderful ambassadors for St. Anne and their families. We are also blessed to have such talented students, as well as dedicated colleagues, like Mrs. Franson.”