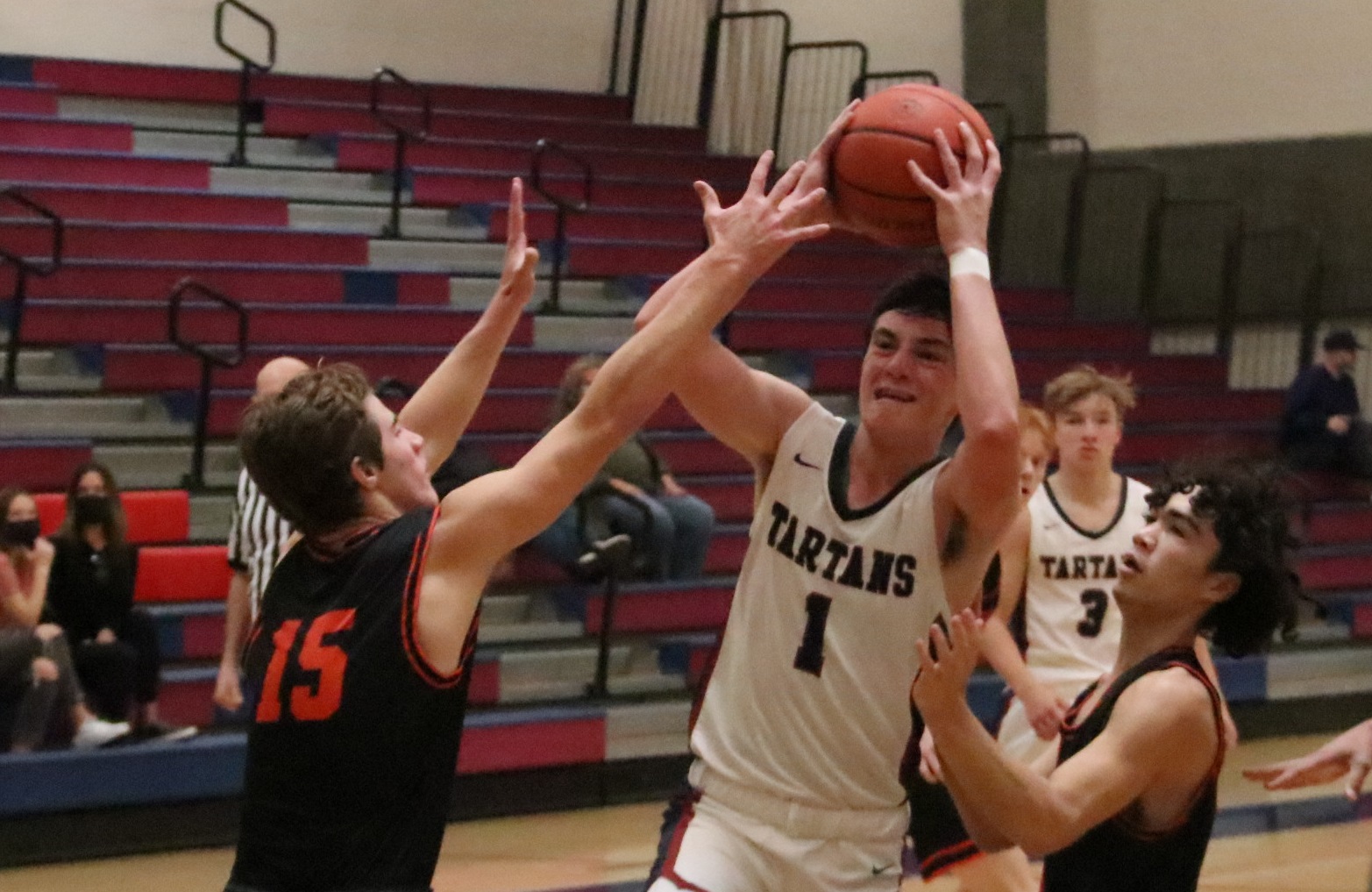 Could the Tartans be available and ready to fill a 10 a.m. slot in the North/South Challenge at Tesoro High School?

Nordstrom said not by 10 a.m., but by the time the game tipped off at 10:33 a.m., St. Margaret’s had rallied to the cause. The Tartans stepped in and stepped up for a solid victory on Tuesday morning, Dec. 21.

Dylan Cormac made four 3-pointers, and Russell Frye was named game MVP with 21 points, as St. Margaret’s stormed ahead of and held off Huntington Beach, 62-47. The Tartans tied up the event for the South, 1-1.

“It’s so funny. I thought we’d come in and start the game real fast, because you’re not thinking, right?” Nordstrom said. “And then the game settles in, and Huntington actually gives us a challenge. We really needed that game, to be frank, and I’m glad we responded.”

It was an unusual moment in what continues to be unusual times.

“That was as blind of a game that I’ve played in the regular season,” Nordstrom said. “If I play game one, I’m at least looking up a roster. I had zero today.”

Cormac led all scorers with 24 points, and Frye came on strong in the second half with 15 points.

The Tartans led by nine after the first quarter, 17-8, and built a 12-point lead in the second quarter. However, Huntington Beach found itself in spurts, including a 13-2 run just before halftime.

“We’ve only played a couple close games,” Nordstrom said. “We’ve had a lot of games where we’ve played well and handled the other team. We needed that, needed a challenge, and really, we haven’t played many teams from Orange County.”

St. Margaret’s led by one at halftime and slowly built an eight-point lead after three quarters. Huntington Beach put one last scare into the Tartans with a nine-point run in the fourth quarter to cut the lead to four points, but St. Margaret’s hammered down with the game’s final 13 points for the win, 62-47.

Thanks to the play of leaders like Cormac and Frye and great team chemistry, the Tartans have put together a more than promising start with a 12-1 record.

“We didn’t get to practice last year, and the year was really bad. Under all accounts, it did not go well,” Nordstrom said. “I think our guys decided they didn’t want that to happen again. They’ve done a lot from when we started school to now to be where we are.”

St. Margaret’s has one more round of tournament play in the Damien Classic next week before entering San Joaquin League play, which has become more treacherous every year with the development of Capistrano Valley Christian, Fairmont Prep and Pacifica Christian into surprising Orange County basketball powers.

Nordstrom says the team is where he wants it to be right now, but there is plenty of growth still ahead.