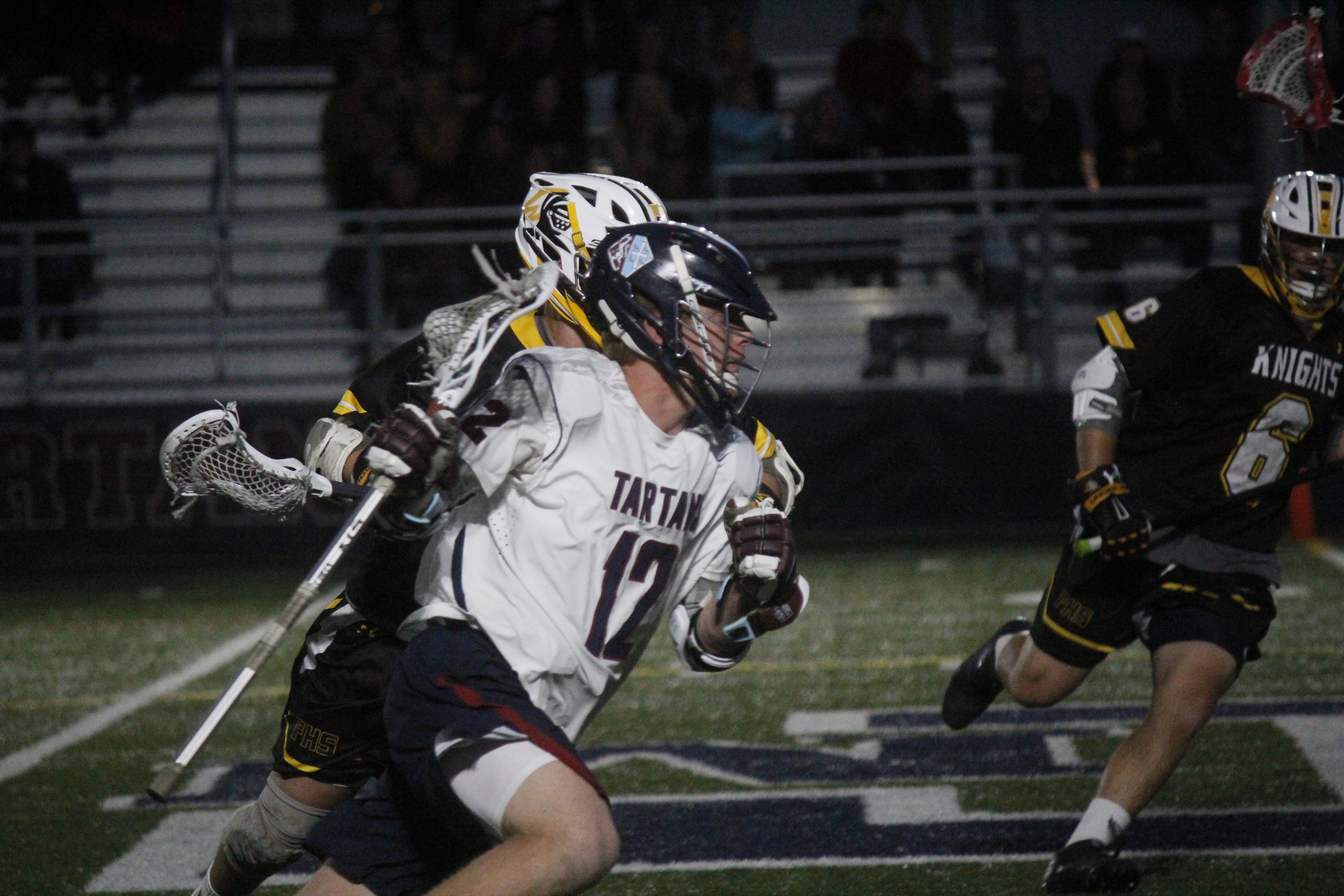 The Tartans emphatically lived up to their billing.

St. Margaret’s scored seven consecutive goals in the third quarter and held off Foothill in the fourth quarter to claim the win, 13-9, in the county showdown at St. Margaret’s High School.

“The seniors took it upon themselves to not let (Foothill) back into the game and own the first couple of minutes (of the third quarter),” St. Margaret’s coach Glen Miles said. “Lacrosse is a game of runs, and fortunately it was a good run. Without it, we would have been in trouble.”

While the win doesn’t affect any standings as St. Margaret’s (14-1) doesn’t play in a league for lacrosse, the game provided some insight for playoff seedings where the Tartans and Foothill could meet again for the county title.

“The playoffs will be interesting. But the first four or five teams in the playoffs can beat anybody else,” Miles said. “Seedings matter a little bit, but you have to beat everybody anyways.”

“Conrad has been a stud all year and he’s been waiting for this game a long time,” Miles said. “These guys all play together during the summer and this game means a lot to all of them.”

Dominance in face-offs led to the ensuing Tartans run in the third quarter. Junior Stuart Pollard won 18 of 23 face-offs for St. Margaret’s.

“The face-off situation in the third quarter was obviously very helpful,” Miles said. “Stuart works really hard. It’s a big part of the game and some years you have somebody with that skill.”

“We came together as a team,” Hampson said, “(We) thought about what we needed to do. As long as we do what we’re supposed to do and run our plays, we can succeed.”

Foothill scored the game’s final five goals, but the Tartans’ defense and goaltender Zane Handy locked down in the fourth quarter.

Handy made five saves in the game.